Branson's flight reinforces the hopes of space enthusiasts that routine travel to the final frontier may soon be available to private citizens, not just the professional astronauts of NASA and other space agencies 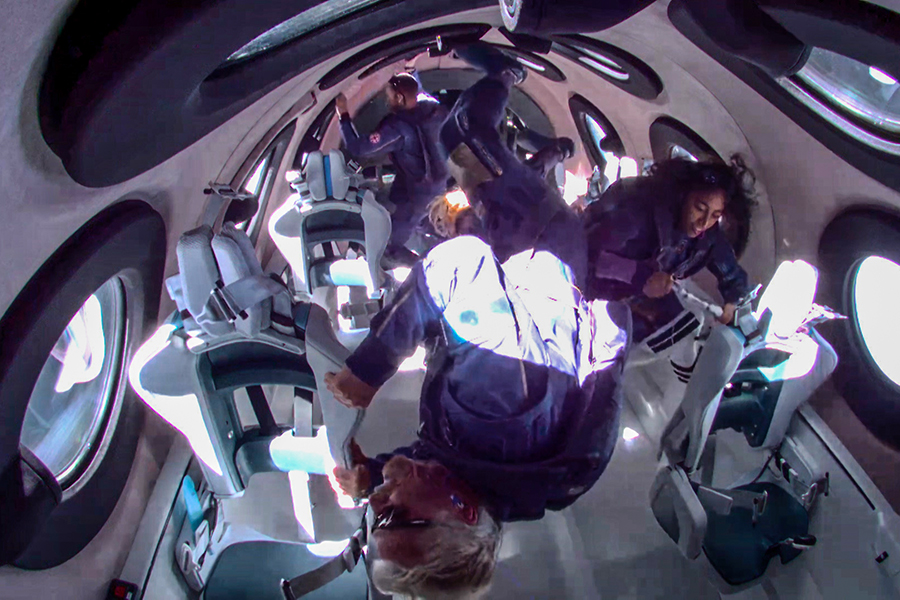 Sir Richard Branson flew into space aboard a Virgin Galactic vessel, a voyage he described as the "experience of a lifetime" at the Spaceport America in New Mexico, United States on July 11, 2021. (Photo by Virgin Galactic / Handout/Anadolu Agency via Getty Images)

SPACEPORT AMERICA, N.M. — Soaring more than 50 miles into the hot, glaringly bright skies above New Mexico, Richard Branson at last fulfilled a dream that took decades to realize: He can now call himself an astronaut.
On Sunday morning, a small rocket plane operated by Virgin Galactic, which Branson founded in 2004, carried him and five other people to the edge of space and back.
More than an hour later, Branson took the stage to celebrate. “The whole thing was magical,” he said.
Later, during a news conference, Branson was still giddy, saying, “I don’t know what’s going to come out of my mouth because I feel I’m still in space.”

Tweets by @forbesindia
Hong Kong's urban farms sprout gardens in the sky
Photo of the day: One for the crowd