Two seats left for this trip to the International Space Station

On Thursday, Axiom Space announced a contract with SpaceX, Elon Musk's rocket company, for what might be the first fully private human spaceflight to orbit, as soon as in 2021 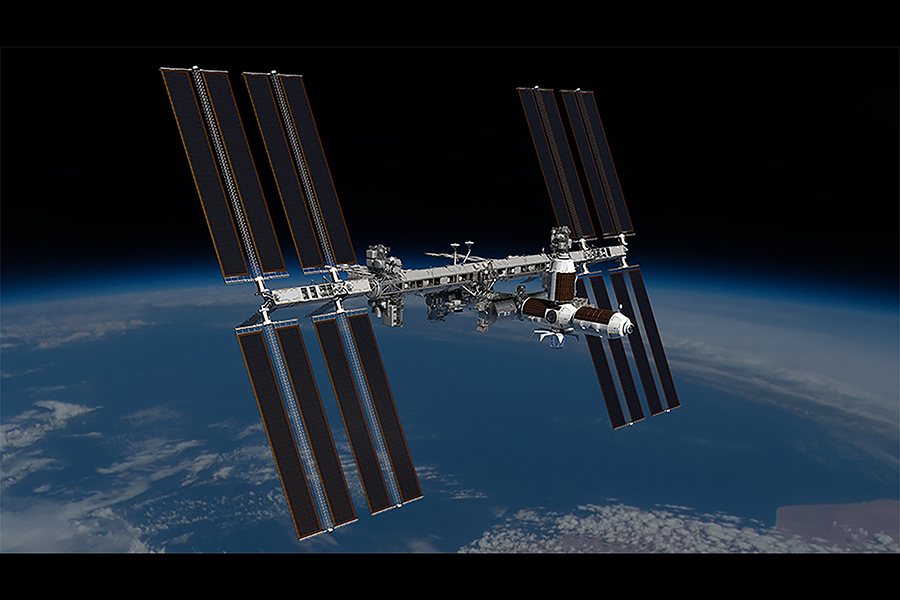 A rendering provided by Axiom Space of proposed Axiom Space modules attached to the International Space Station. The company run by a former manager of NASA’s part of the space station, has announced that it signed a contract with SpaceX for what might be the first fully private human spaceflight to orbit, which will have three seats for paying customers who are to spend 10 days in orbit floating inside the space station. (Axiom Space via The New York Times)

If you have tens of millions of dollars to spare, you could as soon as next year be one of three passengers setting off aboard a spaceship to the International Space Station for a 10-day stay.

On Thursday, Axiom Space, a company run by a former manager of NASA’s part of the space station, announced that it had signed a contract with SpaceX, Elon Musk’s rocket company, for what might be the first fully private human spaceflight to orbit.

“I think you’ll see a lot more energy in the market as people come to realize it’s real, and it’s happening,” said Michael Suffredini, the president and chief executive of Axiom.

The spaceflight, Axiom officials said, could take off as soon as the second half of 2021. 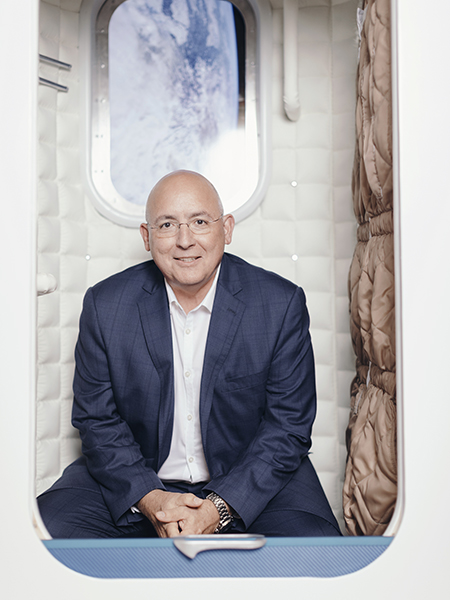 Michael Suffredini, president and chief executive of Axiom Space, and a former manager of NASA’s part of the International Space Station, in Houston, May 31, 2018. Axiom Space has announced that it signed a contract with SpaceX for what might be the first fully private human spaceflight to orbit, which will have three seats for paying customers who are to spend 10 days in orbit floating inside the space station. (Todd Spoth/The New York Times)

After a successful test in January of an in-flight escape system, the first Crew Dragon flight carrying two NASA astronauts could launch within a couple of months.

For now, NASA wants a new Crew Dragon for each trip carrying its astronauts, even though the capsules are designed for multiple trips to space. That means a Crew Dragon flown for NASA could be used again for a flight of tourists.

Last month, Space Adventures, another company, announced an agreement with SpaceX to fly a Crew Dragon with up to four tourists for a free-flying trip that would last up to five days. That trip would not dock at the space station. Eric Anderson, chairman of Space Adventures, said in an interview that the Crew Dragon would fly autonomously but that the passengers would receive training to be ready for various emergencies.

The Space Adventures trip could happen in late 2021 or early 2022. “It’ll be probably right around the 60th anniversary of the John Glenn’s flight,” Anderson said, referring to the first American to circle Earth, on Feb. 20, 1962. The capsule and its passengers would take an elliptical path, reaching an altitude two to three times as high as the space station’s orbit.

Anderson did not provide an exact price but said the cost would be $10 million to $20 million less than the $50 million to $60 million usually mentioned for orbital trips.

On the planned Axiom flight, one seat would be occupied by a company-trained astronaut who would serve as the flight commander. The other three seats will be for customers who are to spend 10 days in orbit floating inside the space station. The Axiom astronaut would also oversee the space tourists while they were on the station, making sure that they did not interfere with the six crew members.

Suffredini said that the space station, with as much interior room as a Boeing 747 jetliner, should have enough room for everyone.

He declined to talk about the cost, but in the past, Axiom has confirmed that a seat on the trip will cost $55 million, and it has already signed up one person.

From 2001 to 2009, seven nonprofessional astronauts bought trips to the space station aboard a Russian Soyuz rocket. In each of these trips, arranged by Space Adventures, the other two astronauts on the spacecraft were working professionals headed for a tour of duty in orbit. Last year, the United Arab Emirates bought a Soyuz seat to jump-start its space program by sending an astronaut, Hazzaa al-Mansoori, to the space station. 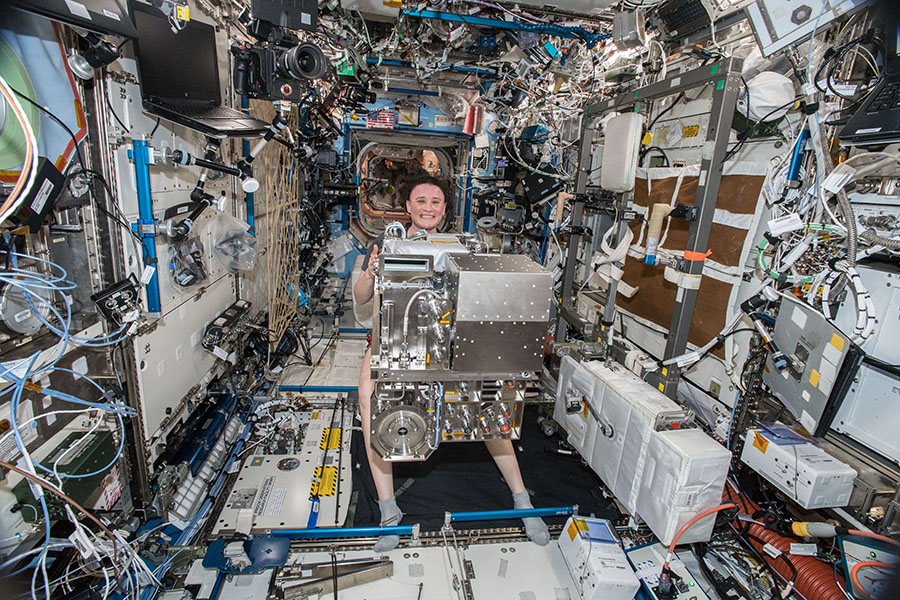 A photo provided by JSC/NASA of Serena Auñón-Chancellor, a flight engineer, with air and water management equipment inside the U.S. Destiny laboratory of the International Space Station in 2018. Axiom Space, a company run by a former manager of NASA’s part of the space station, has announced that it signed a contract with SpaceX for what might be the first fully private human spaceflight to orbit, which will have three seats for paying customers who are to spend 10 days in orbit floating inside the space station. (JSC/NASA via The New York Times)

The Axiom mission could be the first orbital flight with people aboard without the direct involvement of a governmental space agency.

NASA has in recent years become more receptive to allowing companies to find new ways to make money on the space station. In June, NASA set up a price list for various commercial activities, including charging companies like Axiom $35,000 a night for each tourist staying at the station for space to sleep and the use of its amenities like air, water, the internet and the toilet. The largest chunk of the $55 million ticket price is for the rocket ride, which Axiom will pay to SpaceX, not NASA.

“NASA has been very forward leaning, and we’re taking advantage of that,” Suffredini said.

But the first step in that plan is going to the ISS.

Axiom has been discussing with NASA the possibility of tourist flights for several years. Last month, NASA also selected Axiom to develop a module that would be attached to the ISS in 2024 and used for commercial business activities. When the space station is eventually retired, the Axiom module would be detached and used as a building block for Axiom’s private space station.

If a trip to orbit seems like too much, two other companies, Blue Origin and Virgin Galactic, may be on track to carry their first customers on short-hop space tourism flights to the edge of space. Virgin earlier priced seats on its space plane at $250,000 but may now charge more. Blue Origin has not announced the cost of a trip aboard its reusable rocket and capsule, New Shepard.

“I think it’s an important inflection point,” said Anderson of Space Adventures. Space travel, even if affordable for only a few, is still marker of hope and what humans can and do accomplish, he said.

“I’m hopeful it will be something cool and positive in the world,” he said.