The macho appeal of Donald Trump

Many of Trump's enduring supporters see him as forceful, unapologetic and a symbol of economic success 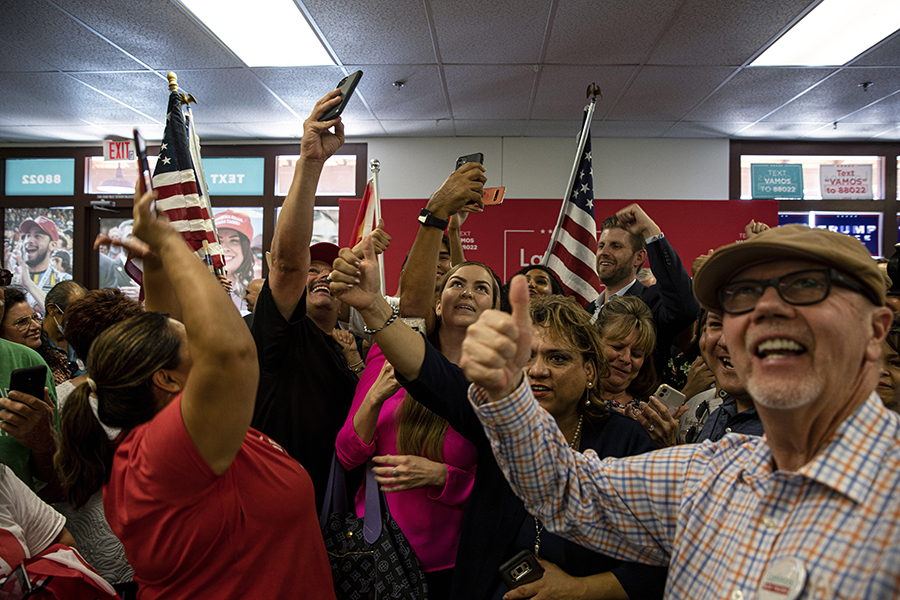 Supporters of President Donald Trump pose for selfies with his son, Eric Trump, raising his fist in the background, at a campaign event organized by Latinos for Trump in Phoenix, Arizona, on Sept. 23, 2020. Though a majority of Latino voters favor Democrats, Hispanic men are a small but enduring part of Trump’s base; Image: Adriana Zehbrauskas/The New York Times