Donald Trump on Wednesday became the first American president to be impeached twice, leaving another indelible stain on his presidency just a week before he is slated to leave office 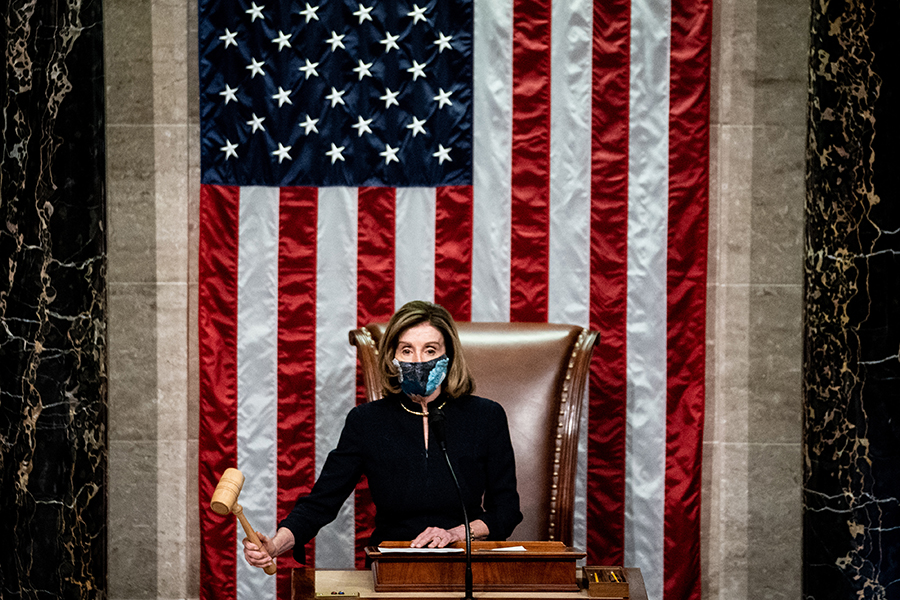 House Speaker Nancy Pelosi oversees the vote to impeach President Donald Trump on the House floor for the second time in his presidency on Capitol Hill in Washington, Jan. 13, 2021. President Donald Trump became the first president to be impeached twice, after the House approved a single charge citing his role in whipping up a mob that stormed the Capitol. He faces a Senate trial that could disqualify him from future office; Image: Erin Schaff/The New York Times