WHO Rejects Antiviral Drug Remdesivir as a Covid-19 Treatment

In a review of several trials, the World Health Organization found that Gilead's drug did not improve survival rates for patients nor did it help them recover 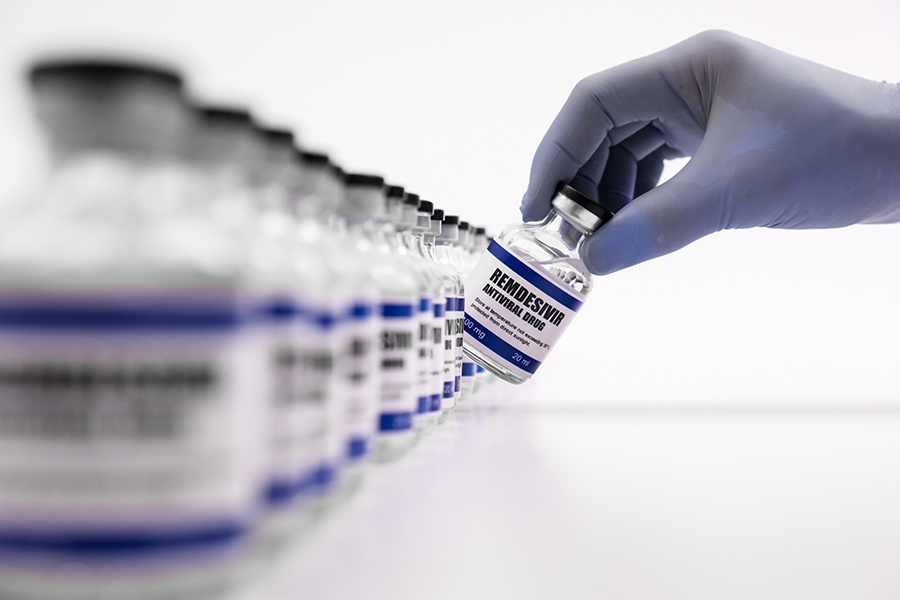 The World Health Organization on Thursday recommended against using the antiviral remdesivir, a drug that had generated intense interest as a treatment for COVID-19. An expert panel “concluded that remdesivir has no meaningful effect on mortality or on other important outcomes for patients, such as the need for mechanical ventilation or time to clinical improvement,” the WHO announced. The panel published its review in the journal The BMJ. The report did not rule out the use of the drug altogether as a COVID-19 treatment but said evidence was lacking to recommend its use. Gilead Sciences, manufacturer of remdesivir, whose trade name is Veklury, said in a statement that its drug “is recognized as a standard of care for the treatment of hospitalized patients with COVID-19 in guidelines from numerous credible national organizations, including the U.S. National Institutes of Health and Infectious Diseases Society of America, Japan, U.K., and Germany.” It added that there are “multiple randomized, controlled studies published in peer-reviewed journals that demonstrate the clinical benefits of Veklury.” The potential utility of remdesivir had been the subject of debate and skepticism for months, and especially in recent weeks, after the Food and Drug Administration approved it as the first treatment for COVID-19 in late October. One large study, sponsored by the National Institutes of Health, found that the drug reduced recovery time in hospitalized patients from 15 to 11 days. Two other trials the agency considered, sponsored by Gilead, did not include placebo controls, which are considered critical to judging effectiveness. President Donald Trump was administered remdesivir along with other treatments last month when he was hospitalized with COVID-19. Since at least March, when the pandemic began spreading from China to Europe to the United States, drug companies and researchers have been working on the fly, and practicing doctors have experimented with any treatment that looks promising, including steroids. In September, the WHO expert panel strongly recommended the use of steroids for patients in critical condition. For the new analysis, the panel reviewed evidence from four trials, including one conducted by the NIH and another sponsored by the WHO and recently posted to a preprint server, which included some 5,000 patients, the largest to date. The paper has not been peer-reviewed or published in a scientific journal. The results from that trial “brought into question some of the benefit that had been seen earlier, in the NIH study,” said Dr. Bram Rochwerg, an associate professor of medicine at McMaster University in Hamilton, Ontario, and a co-chair of the WHO panel. Rochwerg said that the panel “made explicit in the document that trials of remdesivir should continue, and there may be specific populations that could benefit.” But the drug is expensive and administered intravenously, he noted. Using it could divert resources that could be deployed more effectively, Rochwerg said. Remdesivir has been authorized for emergency use since the spring in the United States, and in October, Gilead reported that it had generated $873 million in revenue thus far this year. The drug’s widely adopted use for COVID-19 symptoms had baffled some experts well before the FDA approval. “This is an entirely appropriate decision by the WHO,” Dr. Peter Bach, director of the Center for Health Policy and Outcomes at Memorial Sloan Kettering Cancer Center, wrote in an email. “Remdesivir costs thousands of dollars, the largest randomized trial examining its use in COVID suggests it may have no benefit of any kind, and the one positive study dates back to a time before we were using dexamethasone for severe disease,” he added, referring to a steroid now commonly used in hospitals. Dexamethasone is a treatment that has been shown to help COVID-19 patients at certain stages of the disease. The WHO expert panel report, called a “living guideline,” is an initiative to continually update doctors and patients when new evidence emerges that changes current medical practice. “It’s a little unsettling that we haven’t found much that works yet,” Rochwerg said. “But I am hopeful that ongoing research will identify other drugs which improve survival and symptoms.”

Tweets by @forbes_india
Photo of the Day: Ahmedabad goes into Covid-19 curfew
The President Trump Show Has Been Canceled