A status check of the yo-yoing digital currency bitcoin

Bitcoin, a digital currency, hit the headlines after a phenomenal rise and fall in its value in the last few weeks. Since its launch in 2009, it has garnered a fan-following as well as harsh critics. Believers see it as the currency of the future: There’s no central regulatory authority and it’s generated by algorithms—simply put, you can mine it by solving puzzles. It also lets its users be anonymous. More and more businesses are accepting it as a currency. But sceptics think it’s just another bubble. 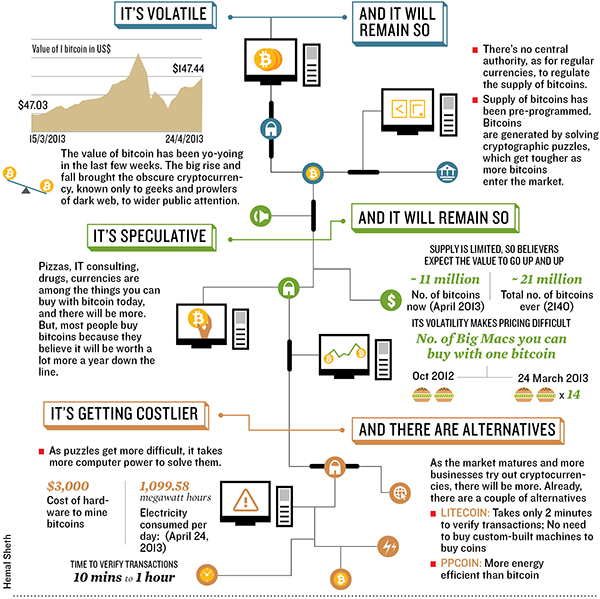