Solving the riddle of how companies grow over time

Can company growth rates persist over long periods of time? A new study of long-lasting enterprises might make CEOs rethink their strategies 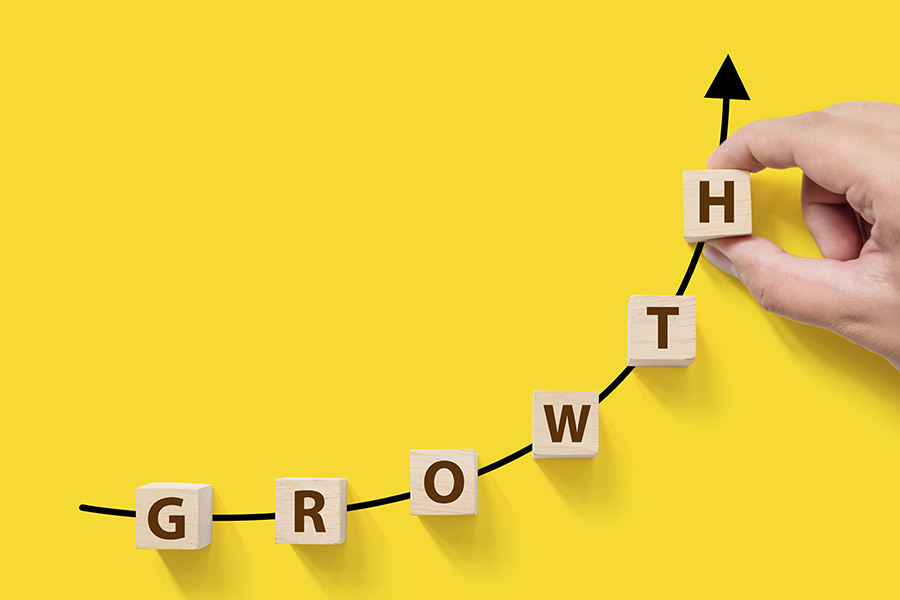 For many leaders of organizations, the word most used in their business vocabulary is “grow.” But when you talk to them about how their firms grow over time, or what kind of growth is important, they are often mystified.

“It’s a puzzle,” says Gary Pisano, the Harry E. Figgie Professor of Business Administration at Harvard Business School. “If you look at the academic literature, what we actually know about growth is shockingly little. It’s amazing this topic is so important to management, yet gets such little attention from scholars.”

In fact, when Pisano began delving into the subject five years ago, he found the last serious analysis on firm growth was conducted in 1959, in Edith Penrose’s book The Theory of the Growth of the Firm. “I’d like to think we’ve learned a lot since then,” Pisano says.

Getting a better understanding into the dynamics of long-term growth could help business leaders answer such important questions as: Why do some companies grow while others stagnate? Why do some firms grow in spurts while others grow steadily over time? Does a lack of growth mean failure? Should a company judge itself against competitors, against the industry as a whole, or against other benchmarks?

Defining what growth means
Pisano and colleagues fill that gap in a new paper, Long-Term Firm Growth: An Empirical Analysis of US Manufacturers 1959—2015 (pdf), published in the journal Industrial and Corporate Change, the first systemic attempt to look at real data to understand how some companies grow and others stagnate.

They define growth as “a process by which organizations pursue market opportunities and the acquisition and accumulation of the resources required to exploit those opportunities.” Revenue growth may be one element, but it means more than just getting bigger or richer; “growth involves changes to the internal ‘machinery’ of the firm itself,” according to the paper.

The researchers used Compustat, a dataset of all United States companies listed on the stock exchange from 1959 to the present. Picking out firms that had a long enough history over time to draw meaningful conclusions, they ended up with a set of some 2,500 companies.

The first thing that stuck out to the researchers was the lack of growth among most of those firms. While one might naturally expect a bell curve, with some companies growing quickly, some growing slowly, and a lot in-between, what they actually found was a “fat tail” on the graph, with the majority of companies experiencing slow growth over the past 60 years.

“In spite of all of the emphasis on growth, in fact most firms don’t grow much at all,” Pisano says.

Growth doesn’t seem to be affected by firm size, either. In keeping with a hypothesis known as Gibrat’s Law, small, medium, and large companies all tend to grow at the same rate on average. (That may, however, in part be due to the fact that smaller companies are more apt to fail, dragging down the average growth rate of those firms.)

On the other hand, the age of companies does seem to matter, with older companies in general growing more slowly than newer firms.

Next, the team looked at the issue of persistence—that is, how likely companies are to sustain their growth over time. In the past, academics have disagreed on how common persistence is among firms, with some believing that successful companies tend to grow consistently, while others speculate that companies undergo a “random walk” of periods of slow and fast growth over time.

Pisano and his colleagues discovered evidence for both theories, finding that persistence does happen for some companies, even while it is rare overall. “The firms that grow persistently are in fact, few and far between,” he says.

In addition, persistent growth didn’t necessarily mean sustainable growth during the length of the data sample. Take computer giant Digital Equipment Corp. “It grew year after year in a very predictable way, until they suddenly fell off a cliff” in the 1990s, Pisano says. On the other hand, persistence doesn’t necessarily mean fast growth either. Some companies grew very steadily but slowly over a long period of time.

How do industries grow?
When they drilled down deeper into the data, the researchers also found big variations in growth among different industries. Industries in which there is a lot of innovation, such as semiconductors or pharmaceuticals, saw fast growth overall. However, much of that growth was due to just a few firms.

“The semiconductor industry isn’t a fast-growing industry,” Pisano says. “It’s an industry with some fast-growing firms.” Moreover, they found that those firms tend to switch often as different technologies become ascendant. Pisano likens it to a sprint around a track, with companies overall keeping a fast pace, but with a large distance between the laggards and the frontrunners, who are often switching order. “A company may have a growth spurt as they innovate, and then something else comes along and someone else surges in front of them.”

Lessons for leaders
Companies would do well to understand those industry variations when projecting their own growth targets, Pisano says.

“If you are in the auto industry, it’s probably not that helpful to take away lessons from the semiconductor industry,” he says.

The data suggests that companies should be more realistic about their growth rates, not expecting rapid growth year after year.

“Sometimes a controlled growth rate is healthier in the long run,” Pisano notes. “Even though investors may want to see higher growth, it may be better to sacrifice some short-term growth to gain persistence.”

Tweets by @forbes_india
SoftBank bet billions on disruptive companies. Many have not paid off
How the Indian craft of indigo dyeing travelled to Germany