The cost of leaning-in

Women who are forced to negotiate tend to fare worse than if they hadn't negotiated at all, according to research by Christine Exley, Muriel Niederle, and Lise Vesterlund 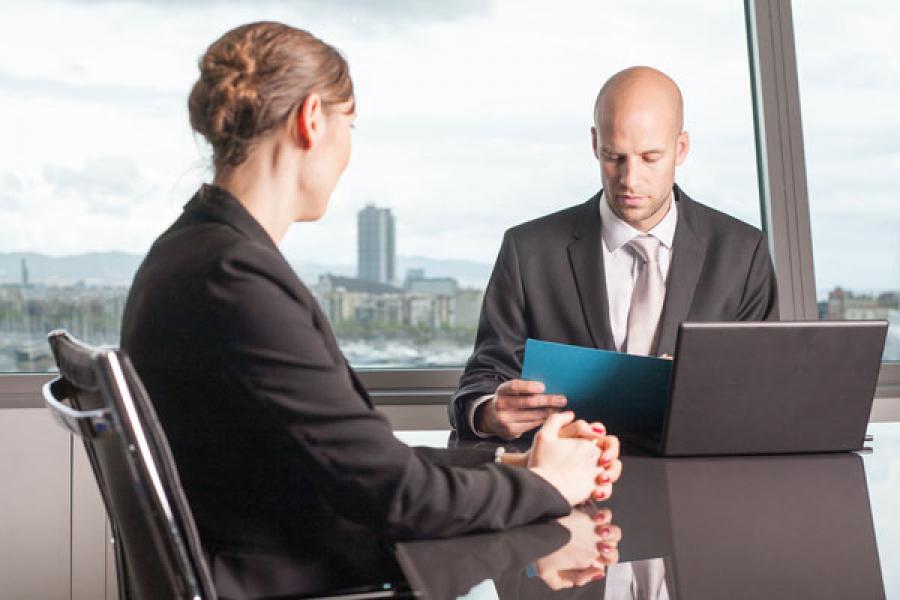 Last summer, Christine Exley polled 200 American adults with a simple yes/no question: Do you think women should negotiate their salaries more often? Seventy percent of respondents answered in the affirmative.

She wasn’t surprised by the response. Just as there’s a persistent widespread salary gap between men and women, there’s also a persistent belief that women could close that gap if only they’d negotiate more frequently. In April 2012, the US Department of Labor hosted the Equal Pay App Challenge, in which students competed to build the best app in support of the White House’s National Equal Pay Task Force. Of the four apps that won grand prizes, three focused on teaching and encouraging salary negotiations. And in 2013, Facebook COO Sheryl Sandberg zoned in on the zeitgeist and topped the bestselling book charts with Lean In, a call to action for women’s ambition in the workplace.

But a recent laboratory experiment shows that when women avoid negotiations, they may be wise to do so. In the paper Knowing When to Ask: The Cost of Leaning-in, researchers show that when women choose to negotiate they tend to fare better financially than if they hadn’t. However, women who are forced to always negotiate fare worse than when they can choose when and whether to negotiate.

One key takeaway: “Women appear to positively select into negotiations and know when to ask,” they write.

The negotiation experiment
Exley and her research team recruited 292 undergraduate students, both men and women, to participate in a series of experiments at the Stanford Economics Research Laboratory.

In each experiment, students were divided into pairs, in which one participant played the role of a worker and the other played the role of a firm in charge of the worker’s wages. The pairs communicated with each other only via a computer screen, so nobody knew the identity or gender of his or her partner.

At the beginning and again in the middle of the experiment, the “workers” and “firms” completed a simple but annoying set of math problems—adding up a bunch of numbers horizontally, for example, or counting the zeroes in a long list of zeroes and ones. At the end of both math exercises, students were told how much they “earned” according to their performance. Workers earned $20, $15, or $10, depending on how well they did; firms earned $25 or $20. Everyone received $5 just for showing up, and by the end of the experiment, students earned anywhere from $22 to $99.

After learning their individual earnings or “contributions” from each math exercise, participants faced five rounds of negotiation opportunities for a total of ten rounds. In each round, workers and firms were randomly matched. Their goal: how to split the sum of their combined earnings.

As a starting point, the computer would suggest a wage for the worker. Sometimes the computer generated an offer that matched how much money workers contributed to the combined earnings. But more often than not, the computer low-balled its offer to the workers.

“Typically, the suggested wage was less than the individual contribution,” Exley explains. “The purpose for that was to create a situation where individuals might plausibly want to negotiate a better agreement.”

When workers entered negotiations with their firms, they could argue for a bigger chunk of the revenue, communicating via instant chat messages. Upon reaching an agreement, the worker would receive the agreed-upon wage and the firm received the remainder of the combined earnings. But if the worker and firm could not reach an agreement, each would receive the computer-suggested wage—minus a $5 penalty.

In the Choice treatment, women chose to negotiate less often than men: 66 percent vs. 74 percent, overall. Whether male or female, when workers did choose to negotiate, they typically succeeded by convincing the firm to give them more than the suggested wage they would have received if they hadn’t negotiated. Based on that finding alone, it may seem logical to conclude that it pays for women to negotiate, full stop.

However, the Forced treatment revealed a different story. Forcing men to negotiate every time was neither harmful nor helpful, the researchers found. But when women workers were forced to always negotiate, there were more instances where they lost from negotiating; female workers frequently left negotiations receiving less than the wage the computer had suggested. 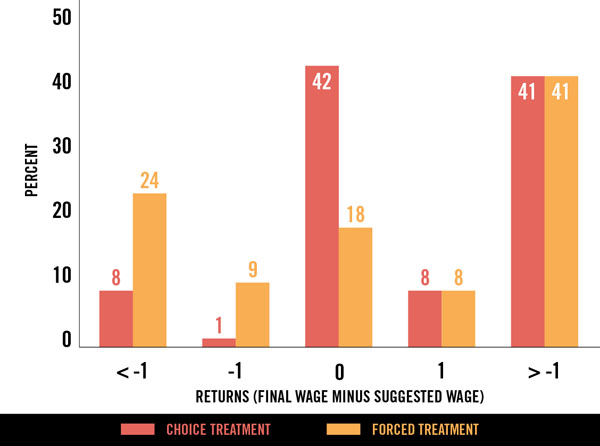 “You’re seeing no evidence for additional positive returns,” Exley says. “But you’re seeing a large increase in losses. This is our evidence that forcing women to negotiate can lead to worse financial returns.”

Moreover, the women who avoided some negotiations in the Choice treatment appeared to be the “lower-ability” negotiators. In other words, when given the choice, they had avoided negotiations strategically. They may have realized that they were lousy negotiators or that the situations were not favorable to their negotiation style. Whatever the reason, they had been wise to avoid negotiating.

That said, Exley adds that there are undoubtedly times when women miss opportunities to negotiate for the better, for instance, if they do not realize the true worth of their contributions. The participants in this experiment always knew exactly how much money they earned from their performance on math exercises. In many situations, such benchmarks are not so readily available, so women might undervalue what they bring to the table. “Investigating whether factors like this influence the cost (or benefit) of leaning-in is an important area for future work,” Exley says.

Addressing policy makers who are solely focused on teaching women how to negotiate, the researchers conclude their paper with another suggestion. “While encouraging women to lean in may be helpful [in some cases]…our results leave room for an alternative policy intervention: teach women about what they bring to the table.”

Carmen Nobel is the senior editor of HBS Working Knowledge.