At his mother's behest, IITian Ram Kishan Verma shelved his foreign dreams and started a coaching centre in Kota. He hasn't looked back since 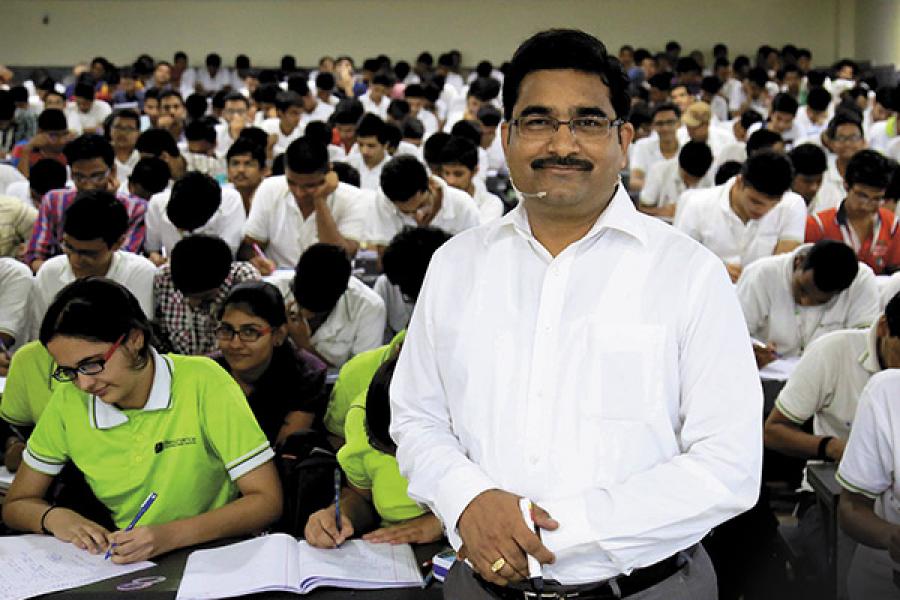 The open space flanking the northbound lane of Mumbai’s Western Express Highway near Bandra is dotted with some of the largest billboards in the country. Amid the bevy of brands, a bright green billboard stands out. It is sponsored by Resonance Eduventures, a nationwide chain of coaching centres that trains aspiring engineers, doctors and lawyers for competitive entrance exams to top Indian colleges, including the Indian Institutes of Technology (IITs) and the All India Institute of Medical Sciences (AIIMS). 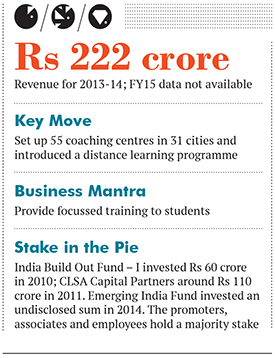 This grand display is a far cry from Rajasthan’s Kota where the company is headquartered. But then, it has come a long way in the 14 years of its existence. And so has its founder, Ram Kishan Verma, managing director and head of academics at Resonance.

The Person behind it
Verma, 44, grew up in Khan Kumbhkot, a village in Rajasthan. His father was a stone-crusher at a mine and his mother, a housewife. After completing his initial education in the village, Verma enrolled in a senior school at Ramganj Mandi, a town 10 km away from Khan Kumbhkot.

In 1990, he cracked the IIT-JEE (the joint entrance examination) and was placed at IIT-Madras (now IIT-Chennai). There, he studied mechanical engineering, graduated in 1994, and joined Bharat Heavy Electricals Ltd (BHEL) in Varanasi as a trainee engineer. But he soon realised that he was not cut out for a corporate job. Within a year, Verma quit BHEL and moved to Kota, the hub of entrance exam coaching classes in India. He decided to take a shot at the Indian Administrative Services (IAS) exam. To remain close to academics while preparing for his IAS and to earn some extra money, he began teaching school students. And something clicked. “I think that is where I found my true calling. I felt like I was destined to teach,” says Verma. In 1995, he got a job as a physics teacher with Bansal Classes, one of the largest coaching institutes in Kota then. He taught there for six years before deciding to start his own coaching class.

In a fortuitous turn of events, he met another IITian, Lokesh Khandelwal, now 42, who also hailed from Kota. In 2001, Khandelwal helped Verma launch Resonance Eduventures. An electrical engineering graduate from IIT-Kanpur with an MBA from ICFAI Business School, Hyderabad, Khandelwal, who is also a chartered financial analyst, specialises in teaching mathematics and is the company’s executive director.

Why it is a gem
From a thousand students and a single centre, Resonance has now trained 70,000 students through its classroom and distance learning programmes. It employs around 800 faculty members. Apart from a state-of-the-art campus in Kota, it has 55 centres in 31 cities.

“I was well known among students in Kota as a physics teacher. When we started out, we attracted students purely on the trust factor,” says Verma. “Subsequently, we demonstrated our capabilities through our results that were achieved as a result of our hard work, innovative teaching methodology and care for students.”

Resonance’s rapid growth has attracted the attention of private equity players. Milestone Religare Investment Advisors invested Rs 60 crore in the company in 2010 through the India Build Out Fund-I. It later sold the fund, which is now managed by IBOF Investment Management. “There is a clear demand-supply mismatch in the education sector, which is fragmented with several unorganised players,” says Rajesh Singhal, principal managing partner at IBOF Investment Management. “We invested in the company because it had demonstrated scale and was an ideal candidate to become a reputed coaching company.”

In 2011, CLSA Capital Partners invested $22 million (around Rs 110 crore, based on the dollar-rupee exchange rate in October 2011). Last year, the Emerging India Fund (a part of the ICICI Group) invested an undisclosed sum in the company.

The proof of Resonance’s success is in the pudding: This year, 25,542 Resonance students were selected for ‘counselling’ (a pre-admission IIT-JEE process) which entitles them to a seat at a top engineering college. It saw a 40 percent growth in the number of students who made the cut over its own record in 2014.

Why it was hidden
Resonance hasn’t invested much towards making a big marketing and advertising splash. “Our marketing happens mostly through word of mouth,” says Khandelwal. The recent billboard in Mumbai, however, suggests that this outlook is changing.

Risks and challenges
The format of admission tests administered for institutions like IITs is susceptible to sudden changes, given that the government plays a significant role in the process. Resonance will have to constantly evolve its teaching methodology to stay ahead of the curve. “The other challenge is attrition of teachers,” says Singhal. Resonance has done well in retaining its talent base, but startups in this space looking to poach talent always pose a threat.

But Verma is known to take things as they come. There was a time when he was contemplating a career (and life) outside India. He got his passport made when he was in IIT-Chennai. But his mother wasn’t too happy. “She wanted me to stay close to the family and do work that would make a difference to society,” he says.

Verma never regretted his decision. The success he has achieved would make his mother proud.