Despite the volatility in the auto industry, the Bangalore-based components major has managed to more than keep its head above water 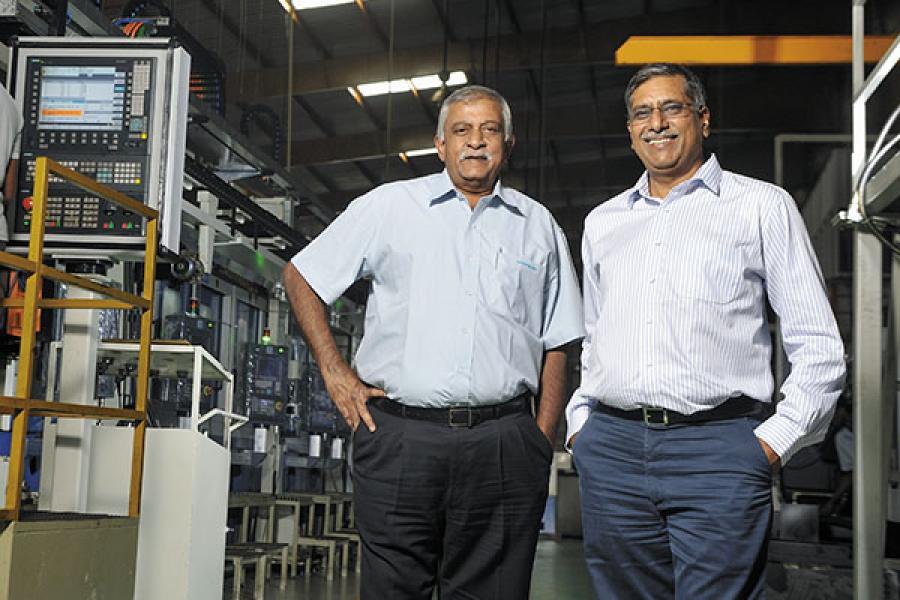 In 2004, tucked away in the industrial suburb of Bommasandra in Bangalore, the then-fledgling Sansera Engineering held an internal seminar to discuss an ambitious annual sales target of Rs 100 crore. Cut to May 2014, the Sansera management had another meeting; the agenda, this time, was to strategise the route to a monthly sales target of Rs 100 crore in the next three years. The altered benchmarks are an indicator of Sansera’s rise over the last decade. The Bangalore-based company, which manufactures engineering components for some of India’s—and the world’s—auto majors, has stayed ahead of its growth projections despite catering to a volatile auto industry.

Started in 1987, it now has seven manufacturing plants across India with over 5,000 employees. Its Bangalore facility kept Japanese carmaker Toyota away from setting up its India plant. Instead, it chose to outsource the work to Sansera.

The man behind it
Sansera was incorporated in 1984 by S Sekhar Vasan, 61, with an initial capital of Rs 1 lakh. After two years, however, the founder-chairman was running out of cash. That is when Fathe Raj (FR) Singhvi, Devappa Devraj and Unni Rajagopal—Vasan’s friends from the locality of Basavanagudi in Bangalore—joined the company as partners. They brought along a shared capital of Rs 6.5 lakh. “We were three practising chartered accountants who joined Vasan, bringing in capital and management. All of us were in our early 30s at the time,” says FR Singhvi, 60, joint MD of the company now. 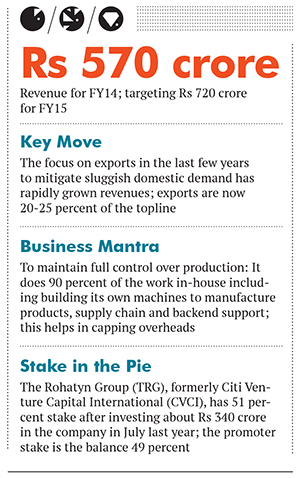 Why It Is A Gem
Sansera started production in 1987, making its first billing to Maruti by supplying rocker arm components for cars. “We have been Maruti’s sole supplier for rocker arms since 1987. For Bajaj motorcycles, we have about 70-80 percent market share for the component.”

Competition is increasing, admits Vasan, from the likes of Varroc Engineering, AVTEC (part of the CK Birla Group) and Amtek Auto. But Sansera has maintained its dominance, backed by a strong pipeline of blue-chip customers and a diverse product portfolio. It currently supplies to Honda in four countries, and Yamaha in five. Harley Davidson, General Motors, Volkswagen and Ducati are among its other global customers.

Also, despite operating in an uncertain automotive market, the company has had no negative growth since 1990. Even during the global downturn of 2008-09, it recorded a modest 5 percent growth.

In the last five years, Sansera has grown at 25 percent, outperforming the average auto industry growth of 10-12 percent. This has been brought about by the increasing share (20-25 percent) of exports in the company’s topline. And the next wave of growth, according to Vasan, lies in automation.

Why it was hidden
As with any developed category, the health of the auto bellwethers was generally perceived to indicate the robustness of the sector. Their recent downswing, coupled with the fact that Sansera operated in the distinctly unglamorous backend auto components space, kept the company low-profile.

But in July last year, it raised Rs 340 crore from Citi Venture Capital International (CVCI), which was later acquired by The Rohatyn Group (TRG). This capital influx into Sansera, the supplier of critical engineering components to auto majors, brought it into the spotlight. The funding also led to speculations of an IPO. “The idea of getting investors on board was to look at a possibility of going public. We will decide on the strategic roadmap within the next two years,” says Singhvi.

Risks and challenges
Operating in an uncertain industry driven by market sentiments makes it necessary for Sansera to constantly innovate, bring in newer products to drive growth in existing markets, and consider new geographies for expansion. Also, the lack of accurate statistical data—which can aid better planning—is a major concern for the company: The mismatch in projected and actual consumption in the auto market results in an underutilisation of capacity, raising overheads which, in turn, can eat into profitability.

The dearth of technical institutes results in the emergence of a labour force that is not industry-ready across functions and hierarchies. This, coupled with ineffectual labour laws that benefit neither workers nor employers, the company claims, is a hindrance that the management is cognisant of.

“Infrastructure is another area of concern, including power. Today, we pay Rs 12-13 per unit to buy generator power, which is a significant capital expenditure,” says Singhvi.

However, he is confident of maintaining the current momentum, as Sansera targets 15-20 percent annual growth from new products and clients in the coming years. His faith is understandable. After all, Singhvi did emerge unscathed from the last few years.