A $10 Million Mercedes Goes Under the Hammer 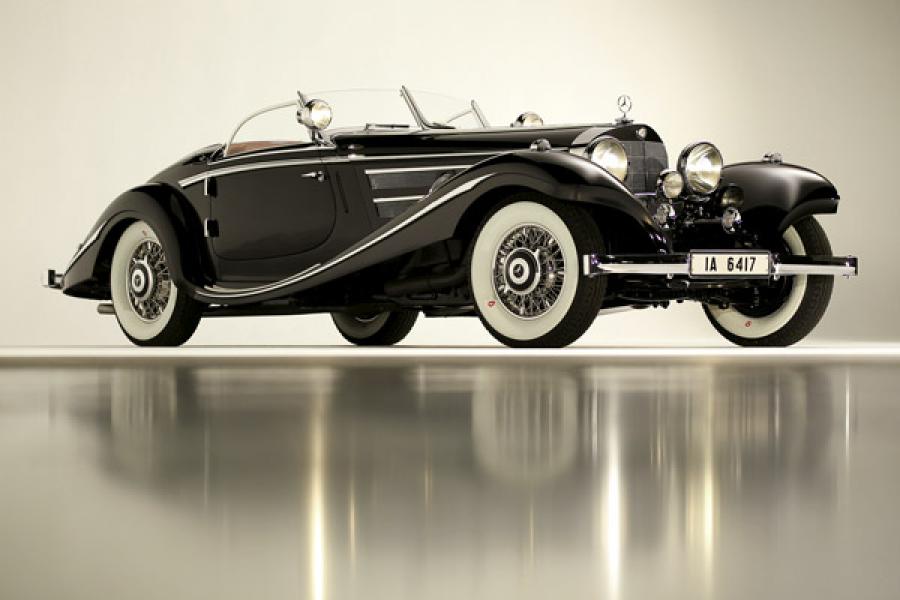 Later this month one of the world’s rarest cars will hit the auction block during California’s Pebble Beach Classic Car Week. The 1936 Mercedes-Benz Von Krieger 540K Special Roadster is worthy of its own biopic. The prized possession of a German baroness who crisscrossed countries and continents to flee the horrors of WWII, the Roadster was found in a Connecticut garage in 1989. Predicted to fetch more than $10 million, it should continue to make history.

SEPTEMBER 1939 Germany invades Poland, and the Von Kriegers are briefly placed in a French internment camp. Henning quickly returns to Germany to join the Luftwaffe, while Gisela and Josephine return to neutral Monaco to live in the Hotel de Paris.

1943 Ignoring the Third Reich’s orders to return to Germany, Gisela obtains a Swiss visa by stalling in Monaco and rotates the Roadster between the Swiss resort towns of Davos, Luzern and Vevey. Henning returns to Switzerland.

MAY 1949 The family moves to the US in a bid to ease Gisela’s mounting depression. The car is shipped to New York on the RMS Queen Elizabeth and is serviced in the city by Zumbach’s, a famous foreign car garage on Manhattan’s West Side.

FEBRUARY 1953 After returning from Europe to ﬁnalise details of their now deceased mother’s estate, Gisela and Henning settle with their beloved Mercedes in Greenwich, Conn. When Henning starts driving a 1951 Lincoln, the Roadster is left solely for Gisela’s use.

1959 Henning dies in Switzerland of melanoma. Gisela puts the Roadster in storage in the Homestead Inn barn in Greenwich, Conn and returns to Switzerland to mourn her brother.

JUNE 1989 Gisela’s body is discovered in her apartment in Vevey. A longtime recluse, she’s buried in a pauper’s grave despite owning considerable property in London, valuable bank securities and diamond jewelry by Cartier and Van Cleef & Arpels.

1992 David Gooding, the head of the Beverly Hills-based auction house Gooding & Co, receives a call from a Connecticut lawyer asking about an old convertible he found in a garage. Gooding realises it’s the Roadster, one of only very few made: “I told them, ‘This is the Holy Grail. You’ve got something really special here.’ ”

1998 A New Hampshire collector buys the car after years of litigation about its rightful owner. It’s restored by the legendary Chris Charlton and ﬁnished in black and chrome over a cognac leather interior.

AUG. 19, 2012 Gooding & Co will sell the 1936 Special Roadster at public auction. “I am sure it’s going to break a record,” Gooding says. “The last of its kind sold for around $10 million, and this is a much more signiﬁcant, better, more original example. I think it’s going to be well in excess of that.”