John le Carre Has A Spy for All Seasons

For nearly half a century, John le Carre has entranced fans of spy thrillers with a world of spies who are quite the opposite of James Bond 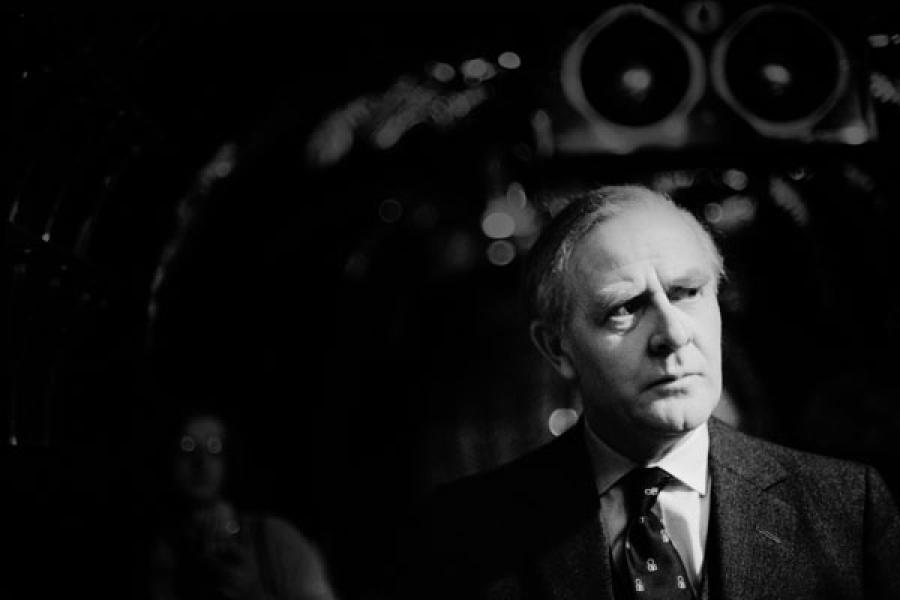 It is seven o’clock on a Bangalore evening. Inside a secondhand bookshop that still arranges books by the first name of authors in the manner of Icelandic telephone directories, a software engineer and an avid quizzer are searching for a book by David Cornwell, sometime master at Eton and member of the British Foreign Service.

After two minutes of running his hands through stacks of David Baldacci and David Weber and a little bit of David Mitchell, the young engineer pauses, taps his forehead, and in the best tradition of the absent-minded geek, ambles towards another shelf and pulls out a yellowed paperback. The title reads: The Looking Glass War by John le Carre, or David Cornwell if you know him by his real name.

Over the next two days, the book would draw him into a world of heroes, who are defined by their unheroic acts; villains with villainy no worse than that of their adversaries, and spies who are quite the opposite of James Bond. Le Carre’s most famous character, George Smiley, who makes a brief appearance in The Looking Glass War, is fat, balding, mild-mannered, middle-aged and cuckolded. If Bond brought glamour to the profession of spies of the Cold War, Smiley took that away with the passive aggression of a file pushing and scheming bureaucrat.

Le Carre’s first book is Call for the Dead (1961). But the book that brought him fame is his third book, The Spy Who Came in from the Cold, published in 1963. Looking Glass War is certainly not his most famous book. In fact, it did not even do that well commercially. But, Looking Glass War (1965) — a book about a spy operating with old tools and old values in an enemy territory only to be betrayed by his people simply because times had changed — should be of interest for us for one big reason: At one point, le Carre’s own career came close to resembling the life of Fred Leiser, the novel’s hero.

Berlin Wall was torn down in 1989. And not long after, the USSR collapsed, the Cold War ended — and with that the canvas on which he painted the drama behind the scenes, in various shades of grey crumbled as well. For the fans of le Carre, there was only one predominant question. What would he do now?

Le Carre trained his guns on a perverse form of market that dealt in arms and drugs and money laundering. The Night Manager was about arms dealers in the context of the Persian Gulf War. Single & Single looked at money laundering. In The Constant Gardener the villain was a pharmaceutical company testing its drugs on unsuspecting Kenyans. In a way, it’s not too different from James Bond keeping himself relevant by taking on media moguls and water monopolists.

Despite the prevailing impression, he did not really draw his strength from the Cold War. The strength came from his style and in the way he dealt with his characters and their inner conflicts. His style can be pretty difficult to get used to: The long winding sentences, and the plot that primarily moves in the form of dialogues. But, once you are accustomed to it, it becomes a delight.

Le Carre does a lot of homework to do this. In his latest novel, Our Kind of Traitor, he thanks experts for their advice on money laundering and the Mumbai stock market, and this is what you get during the course of reading it:

“Dima” he tell to me… “We got a shitload respectable business in Mumbai. Regular, squeaky-f*****g-clean investments, took me five years I clean - services, tea, timber, hotels so f*****g white and big the Pope could hold a mass in them.” My friend don’t listen. “Dima, hear me, get the f***k outta Mumbai. Maybe a month after, you take strong position again, make a few million. But first you get the f***k outta those hotels.”

In le Carre’s novels it’s not just the plot and theme that stand out, it’s also a realistic portrayal of characters. They might be spy thrillers, alright. But the key people who populate them are three dimensional — moved not just by the plot, but also more common passions and fears, more earthly concerns and motivations. Like Graham Greene. Like Joesph Conrad.

Tweets by @forbesindia
The Chemical Spillover Effect: Who Is Punished After An Environmental Catastrophe?
Book Review: First Draft by B.G. Verghese