Income tax exemption limit raised from Rs 2 lakh to Rs 2.5 lakh; experts say it will have a direct impact of freeing up funds 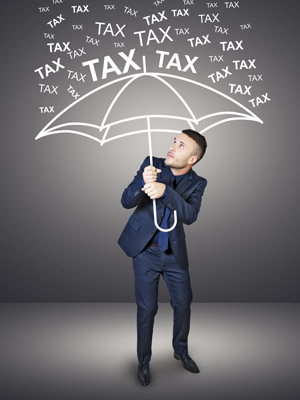 A slew of tax reliefs and measures announced by the Narendra Modi-led government will help achieve the twin goal of generating savings for individuals and also boost their ability to spend more in an economy which is struggling to pick up its pace of growth, experts said.

While presenting the government’s maiden budget on Thursday, Finance minister Arun Jaitley, who promised a stable and predictable tax regime, did not change the individual income tax rates, but provided various exemptions.  The government announced a 25 percent hike in the personal tax exemption limit to Rs 2,50,000, which experts said has a direct impact of freeing up funds. “This move usually leads to higher levels of expenditure and spending,” says Sudhir Kapadia, national tax leader with Ernst & Young.

Jaitley announced a tax break for senior citizens in the form of a hike in tax exemption limits by 20 percent to Rs 3,00,000. This move usually results in a higher consumer spend within families, experts said.

The government gave further relief by hiking the investment limit under section 80c by 50 percent, which will help generate savings within households, said Girish Vanvari, co-head (tax), with consultancy firm KPMG. “There were red herring taxes and no surprises,” Vanvari added.

The government announced another measure to boost savings and investments by hiking the deposit ceiling towards the Public Provident Fund (PPF) scheme to Rs 150,000 from Rs 100,000. “This will help generate more savings,” Vanvari said.
Tax experts also lauded the broader moves by the government to streamline processes for tax-related disputes. Jaitley on Thursday said domestic residents can approach the Authority for Advanced Rulings to get relief. This facility until now was limited to non-resident Indians.

Experts were, however, disappointed with the government’s stance on the controversial issue of applying retrospective tax against corporates. Jaitley said any new disputes will be reviewed by a high-level committee. He added that that existing disputes are "at various stages of pendency and will naturally reach their logical conclusion."