Habil Khorakiwala and the power of calm

Wockhardt's Habil Khorakiwala has looked crisis in the eye, and come out of it stronger 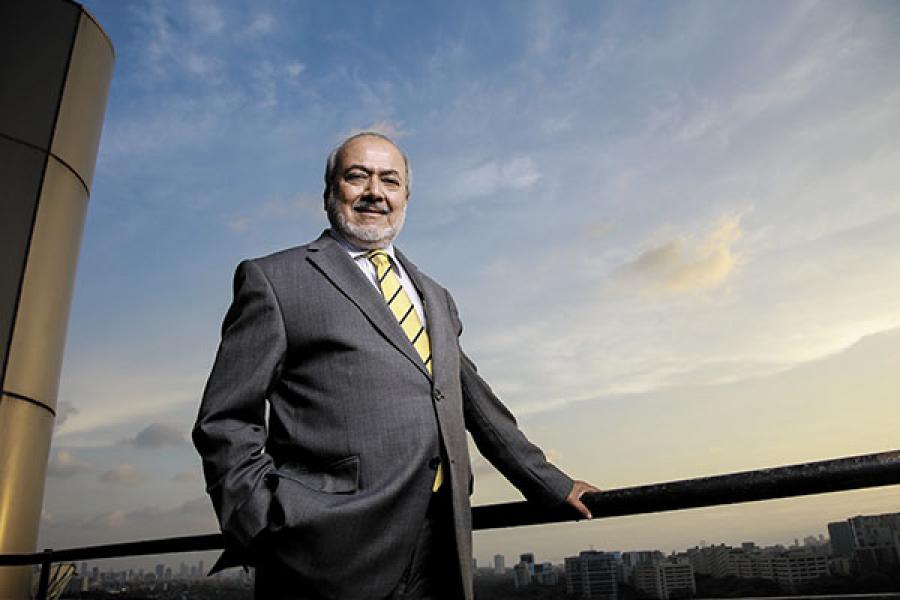 “In your darkest hour you have two options: One, you get overwhelmed by the massive extent of the problem and it paralyses you from any action; the other, you anticipate the worst case scenario and deal with it the best way you can. I choose the latter.” This choice—to fight back and swim against all odds—has brought Dr Habil Khorakiwala, 73, back from the brink. Twice.

The first time was in 2008. Wockhardt was incorporated in 1967 and had done well for itself, growing steadily into one of India’s leading pharmaceutical companies. But, during the heady days of the stock market boom of the mid-noughties, it had bet heavily on foreign exchange and derivatives. The global financial meltdown caught many—including Khorakiwala—unawares: Cross-country derivative deals unravelled and Wockhardt declared a loss of Rs 1,000 crore in FY10. The company experienced near bankruptcy and speculation was rife that it will be sold out.

Enough to rattle the toughest businessman, perhaps. But not Khorakiwala: “I anticipate the worst possible outcome and see if I can live with it. This frees me up to take action.” When he realised that it was indeed a worst-case scenario, he “moved to the next step in figuring out how to reduce the impact, and steps needed for it,” he tells Forbes India.

He had to deal with more than 20 different banks and master the complex world of derivatives. He began by acquiring the knowledge he needed, legal and financial, to deal with the ailment; he read books and consulted experts across the globe, then armed with better understanding, he worked assiduously to resuscitate the company.

He went in for a CDR (Corporate Debt Restructuring) exercise, and made two major divestments: The profitable nutrition business (brands such as Farex and Protinex) to dairy giant Danone for about Rs 1,280 crore, almost 25 times Ebitda; and the veterinary pharmaceuticals business to a French company, Vetoquinol (the price was not disclosed). These funds helped him reduce debt substantially.

Also, at this time, the Wockhardt Hospitals venture that he had built with his own money (it is not connected to the listed pharmaceutical entity) had begun unravelling. Debt had piled up due to borrowings-led scaling up and expansion across India. Khorakiwala decided to swallow another bitter pill: In August 2009, he sold 10 of the most profitable hospitals—from the 17 in the chain at that time—in cities like Delhi and Bengaluru, to Fortis Healthcare. Khorakiwala is phlegmatic about this phase: “It is not a mental or emotional barrier for me to hold on to [companies].”

What worked in his favour was that their pharmaceuticals were doing well. This helped him convince his creditors and Wockhardt’s dealers and distributors to not give up on the company. The family also communicated with employees during the crisis. All of which helped stem attrition at the top as well as keep the core business largely unaffected.

Habil’s son, Dr Murtaza Khorakiwala, 43, who is managing director of the pharmaceutical business sums it up: “What the company was facing was a financial issue, not a business issue, and financial issues are transient.”

There wasn’t much time to enjoy the fruits of these labours, however. In 2013, two of Wockhardt’s drug manufacturing facilities in Aurangabad, Maharashtra were the subject of import alerts from both the US Food and Drug Administration (FDA) and the UK’s Medicines and Healthcare Products Regulatory Agency (UKMHRA). Naturally exports, 80 percent of Wockhardt’s Rs 5,721 crore revenue in FY13 (half of which came from exports to US), took a large hit, falling to Rs 4,830 crore in FY14.

Wockhardt took corrective steps immediately, improving technology and raising quality standards across all its manufacturing facilities in India and abroad (Ireland, UK, USA). The UKMHRA has now eased restrictions on one of the plants, while the US FDA has re-inspected the facilities.

A side-effect of the export crisis was that the Khorakiwalas and the management team paid more attention to building the India business, which has, over the last two years, grown at a compounded annual growth rate (CAGR) of more than 30 percent.

The cumulative effect of both crises and the way the company reacted to them has made it a leaner, healthier enterprise. Murtaza Khorakiwala says that they have focussed more on operational efficiencies to do “more and more with less and less”. Optimisation drives in all plants and offices helped reduce operating costs: Every line item was carefully looked into, staff across all departments rallied to cut any wasteful expenditure they came across. People cost, as a percentage of sales, came down from 15 percent to about 11 percent over the last three years. 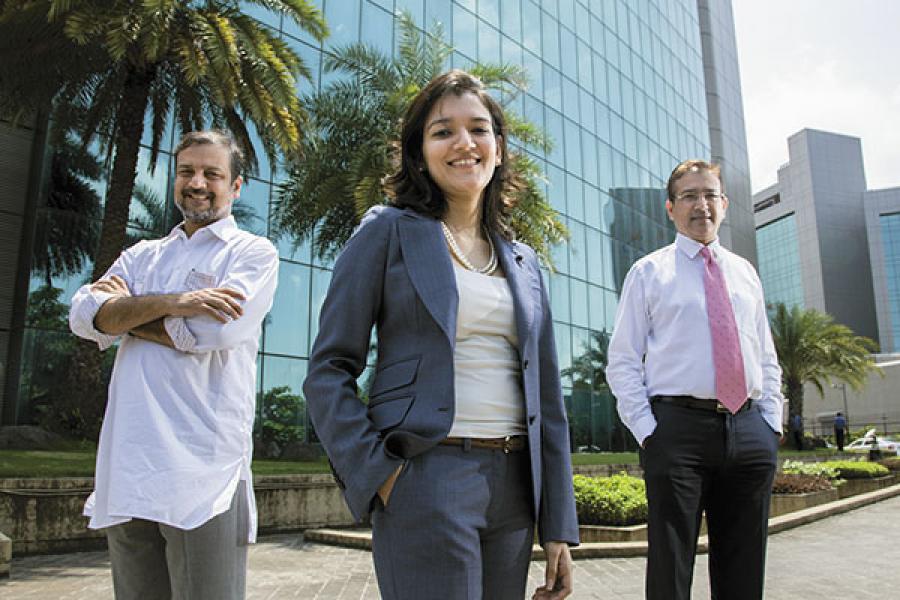 One spend hasn’t been cut, however: R&D. Khorakiwala launched Wockhardt’s drug discovery programmes 15 years ago, and budgets have never been cut even during the company’s toughest financial years, because, he says, “I always believe it’s a long-term gain. Never sacrifice any part of the future to save the present.”

No action, he says, is trouble-free; even inaction has a cost. “Running a business will lead to problems. Don’t run away from it. Have discipline and work at it.”

The tenacity and calm in times of crisis are traits that define him. This is also what his colleagues and friends often single out about him. And these qualities have inspired, and rubbed off on, the next generation.

Daughter Zahabiya Khorakiwala (33), who is managing director of Wockhardt Hospitals, says her father remained as cool as a cucumber throughout the troubled years: “He is a fighter and will never resign [himself] to any situation because he firmly believes that every problem has a solution.”

Mentored by her father, Zahabiya has opened two new hospitals (to add to the seven left after the sale to Fortis), and taken revenues from Rs 180 crore in FY10 to Rs 350 crore in FY15. With the most recent launch, a hospital in South Mumbai, she personally looked into every detail, from the dozens of permissions required to run a 300-bed hospital to recruiting the surgeons, doctors and specialists. She follows the principles that her father espouses; with hospitals, he says, financial success is secondary, “Establishing a benchmark in clinical care is more important.”

For the Khorakiwalas, a business family, social responsibility is deeply ingrained. They owned Akbarallys, which was originally India’s first true department store. Habil’s father, Fakhruddin Khorakiwala, had bought Worli Chemical Works (which was later renamed Wockhardt)as part of a backward integration plan for the pharmacy in Akbarallys. A busy man, Fakhruddin Khorakiwala made time to serve as Sheriff of what was then Bombay. Habil Khorakiwala made CSR activities a regular part of his agenda, and in 2008, he merged all those activities into a formal entity, the Wockhardt Foundation. This was partly prompted by his eldest son, Dr Huzaifa Khorakiwala (44).

An MBA from Yale, Huzaifa had worked with Wockhardt’s international operations in the US and later the UK, before returning to India to work alongside his father in India, handling the veterinary pharmaceuticals business which was sold in 2008. Always spiritual, he had read many religious books and developed a desire for care-giving. “My son walked up to me in 2008 and said, ‘I want to focus on the Foundation work, and don’t mind spending more time on it.’ I said, ‘go ahead and do it.’” Huzaifa became CEO and trustee of Wockhardt Foundation.

The foundation raises its funds not just from Wockhardt, but also from other organisations seeking to conduct professionally-run CSR activities. It employs 300 people and runs a number of activities. Its 60 mobile medical vans—fitted with the latest equipment, stocked with necessary medicines and staffed by experienced doctors—provide healthcare in remote villages and areas in ten Indian states; corporations can sponsor these vans in return for branding, and they get regular reports on the operations and number of people it has helped. It has also built 1,000 clean toilets in villages, started 25 toy libraries to encourage children to read and absorb good values (an initiative spearheaded by Huzaifa’s wife Samina), and has started an e-learning project to cover 200 schools in Thane, Aurangabad and Rajasthan. From a Rs 1.8 crore corpus in 2008, the foundation has raised Rs 70 crore as of FY15. Huzaifa plans to ramp up activities over the next three years; he wants to expand to 300 mobile medical vans and build 3,000 toilets.

The senior Khorakiwala has good reason to look back on the last few years with a wry smile. In 2012, he was the biggest gainer in the Forbes India Rich List, adding $1.17 billion to his net worth and moving up 47 places in the rankings. The problems with the US and UK pharma regulators later that year saw Wockhardt’s share prices plummet, as did his position on the Rich List: He lost $1.09 billion and dropped 56 places.

Today, he has triumphed against adversity, and come back stronger. His children have come into their own and are growing the family business, in their own ways. He has created value for both his shareholders and the community.

And there’s the little matter of his personal wealth. Wockhardt share prices have surged, and the 74.39 percent promoter and promoter group stake has resulted in a considerably heavier bank balance: His personal wealth went up by $580 million, placing him at 59 in the 2015 Forbes India Rich List. As he likes to say, “If you do the right thing, it will lead to good business.” 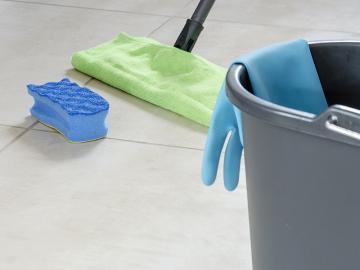 Domestic workers clean our homes. Should we keep them out? 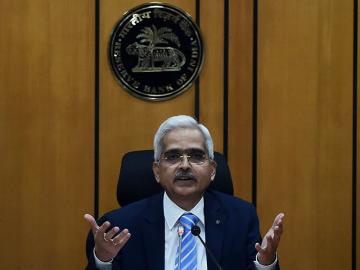 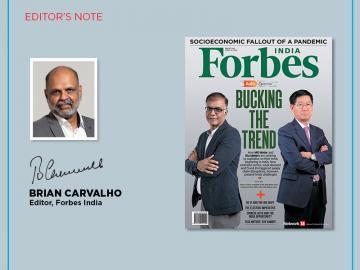 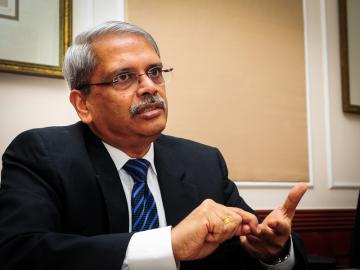 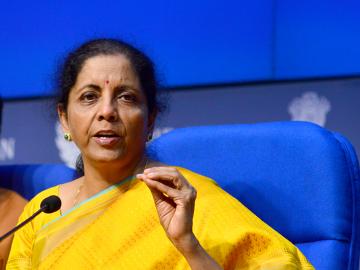 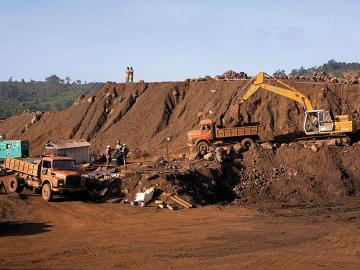 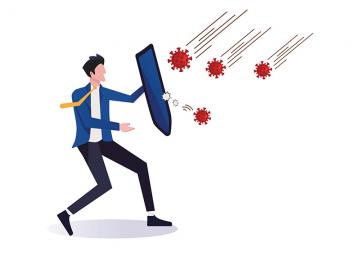 Can you become immune to the Coronavirus? 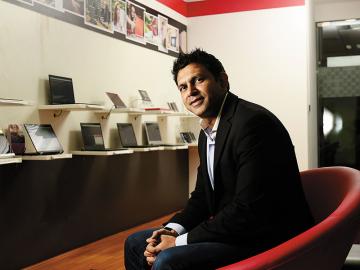 Rajiv Singh
Lenovo gets an upgrade