Creativity is strongly influenced by the way individuals are organised. A strong creative team is able to collaborate, inspire and work together effectively to produce something that is both novel and useful. So understanding cognitive and behavioural aspects of the design process is critical to advancing any company’s research agenda.

Identifying who should be assigned to a specific team to maximise the generation of creative ideas is an important challenge for innovation managers but unfortunately it’s one that is often addressed on an ad hoc basis. 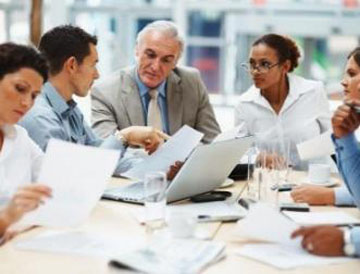 Opinion is split as to the benefits of assembling a team based on familiarity – the extent to which team members have worked together. Some argue it fosters psychological safety and trust and facilitates coordination and cooperation among team members, others say it can be detrimental and that long-lasting teams may suffer inertia or lack diversity detrimental to creative performance.

There is empirical evidence supporting both views. What hasn’t been looked at to any great degree is how different types of familiarity and the quality of past interactions affect creative output. When pursuing the research reported in our paper Assembling Creative Teams in New Product Development Using Creative Team Familiarity (written in collaboration with Franck Marle from École Centrale Paris), we worked on the hypothesis that when people have created something innovative together in the past they are likely to act as creative catalysts again.

A great example of illustrating this hypothesis is Apple.  As one of the world’s most innovative companies, Apple was not a one-man show; rather it was a series of dynamic and creative interactions among a core group of people over many years.  There may have been some tensions within the core Apple team but there was also an environment of trust where members were comfortable bouncing ideas off each other and trying things out leading to the development of many new and radical products.

The paper tests the hypothesis that it is this creative familiarity – a history of triggering the generation of potentially creative ideas in one another - rather than simply a high level of team familiarity that contributes to a group’s ability to produce innovative outcomes.

Conducted in a unique empirical setting the research involved participants in an international EMBA programme offered by Tsinghua University and INSEAD. Data was gathered during the ninth module of an 11-module programme, providing a set of participants who had a significantly long history (11 months) of task-related interactions. This setting was replicated for two consecutive classes, one in Singapore, the other in Fontainebleau.

To measure the overall familiarity between team members, each participant was asked to complete a survey noting the dyadic closeness and frequency of communication with classmates, whereas to capture creative team familiarity participants were asked to assess the ease with which they felt their interaction with the classmate facilitated the generation of potentially novel ideas.

Each class was then split into design teams. Apart from short interactions with random “customers” all interactions took place within the teams. Over an eight-hour day, the teams were asked to design an artifact that would help facilitate grocery shopping in a fresh market typical either to France or Singapore, balancing design features against cost considerations. At the end of the session they presented their products which were judged by other participants (and external judges).

The results were robust, as teams with a higher fraction of past positive creative interactions proved more likely to produce better product concepts.

The first step is to map out the social network – both formal and informal – within the organisation; recognising and assessing how people communicate with each at work, and how familiarity between members is happening. In many cases work-related interaction may happen spontaneously. Capturing this “snapshot” can be a matter of analysing the social network of the organisation most of which is now facilitated by information technology systems.

Step two is to measure creative dyadic interactions. This is crucial to capturing the quality of task-related interactions between potential team members and can be achieved using a dyadic question, asking recipients whom they go to for information and the frequency and ease with which they generate potentially creative ideas.

This information should then be mapped out and used to identify candidates for creative teams (step 3). There are many clustering algorithms available to facilitate this task. We have developed one that more specifically identifies the set of individuals in the organisation that would form a team (of a given size) with maximum creative team familiarity. The output of this step would allow managers to visualise not only the configuration of the suggested creative team but also the links between such a team and the rest of the organisation.

Once the information is gathered, managers can easily see the people who should be put together, taking into consideration a balance of diversity and similarity of knowledge backgrounds, availability, expertise and connections between departments.

The Manager’s Role
Finally, it is up to innovation managers to visualise the potential of the new organisational structure, how the new team will co-exist with existing organisational groups including the number and quality of links both within the team and with other groups in the broader organisation.

The challenge of assembling creative teams is not trivial but has not been fully addressed in the past, partly because of the perceived conflicting forces driving creativity. Our approach avoids teams based solely on traditional criteria – the diversity of team members’ backgrounds, how well members get along and how long teams have been together – and takes a closer look at the history of social interactions in the organisation. It won’t solve the challenge and complex decisions associated with putting together successful creative teams but it will help.

Manuel Sosa is an INSEAD Associate Professor of Technology and Operations Management.