Finding Growth at the Base of the Pyramid

As competition in emerging economies intensifies, multinationals are searching for new growth opportunities. Could the poorest of the poor hold the key?

The emerging economies’ expanding middle class has been a saviour for multinationals during the global economic crisis. But with growth here already showing signs of slowing, researchers are increasing their focus into an even more innovative market - billions of very low-income people living in slums and rural villages, the so-called Base of the Pyramid (BOP).

“We’re talking about four billion people living on less than US$100 a year,” says INSEAD Professor of Entrepreneurship and Family Enterprise Stephen Mezias. “It seems clear to me if these people don’t get a stake in the global economy then this is going to be a huge problem for everyone.” 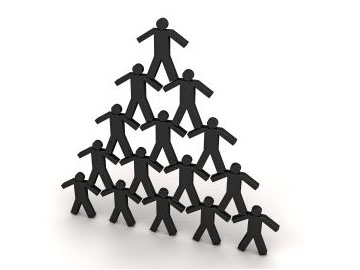 But entry into this market has proved more difficult than expected. Challenges abound, many large companies have had their fingers burnt and, with a general trend towards cutting costs and consolidating operations, experimental moves into markets that are deemed “difficult” is waning.

In his research paper Business Paradigms for the Base of the Pyramid: Effective Structuring of Institutional Interfaces, Mezias looks at how social and political differences can impede effective market exchange and how companies can better transfer knowledge and information across boundaries to enhance their chance of success.

Just because they need it doesn’t mean they want it

Moving into BOP markets is most definitely NOT business as usual, says Mezias.

“Successful ventures are built on dialogue and joint action and not data and delivery time.”

To be successful, companies will have to innovative their business models, review their product offerings and look at effective ways of communicating with their new, unfamiliar customers.

In their extensive study into market-based solutions to global poverty Karamchandani, Kubzansky and Frandano from Monitor Group found a definite gap between the Western perception of what people at the base of the pyramid needed and what they actually desired.

It was a problem not even Procter and Gamble (P&G), the company that revolutionised the world of branding and marketing with floating Ivory soap, has been unable to overcome.

P&G’s PUR water purification powder, was designed as a for-profit product for some of the world’s poorest. Unfortunately, says Mezias there was a miscommunication problem between the makers and their market. “It was a case of the consumer products company saying ‘Of course you want clean water to drink’ and the consumer saying ‘Why should I pay for water when I get water for free,’” Mezias notes.

“Literally sometimes what the multinational enterprise (MNE) knows – even the product entry team – and what people in the community know are simply not aligned enough to allow the kind of market exchange that is going to make the business successful.”

The PUR water purification powder is now a non-profit product and part of the company’s CSR initiative. While the product continues to be distributed, the company has abandoned hope of seeing any profits.

This is typical of the way Americans have attempted to penetrate the BOP market, says Mezias. They start it as a business venture and find themselves missing unrealistic milestones and unable to meet profit expectations.

European companies have tended to take the opposite route, making CSR investments into BOP markets with an eye towards creating new markets or new products for existing markets – or both. It’s a model, says Mezias, which seems to have a greater chance of success.

An example of this is Schneider Electric, the French energy management specialists who initiated a pilot project connecting Vietnamese communities in the Quang Binh province with access to a renewable energy grid, allowing the easy recharge of lanterns and mobile telephones.

“In the course of that project they have developed some products with wider applicability,” says Mezias. “The way they’ve addressed energy poverty is to use it as a testing ground for small-scale, sustainability products.”

A widely publicised foray into the BOP market has been the very successful case of Wheel laundry detergent, a product of Hindustan Lever, the Indian subsidiary of Unilever. Hindustan Lever did extensive market research to understand the BOP consumer and their needs. The result was a reformulated powder than didn’t create as many suds when handwashing, distributed in smaller packages at a lower price. The product was sold through thousands of small village stores.

Unfortunately when it came to pushing other products through this business model, the company was unable to replicate the success.

Selling the detergent was relatively easy, notes Mezias. Consumers were already aware of what the product did, the mom and pop stores were already set up, and Hindustan Lever had an existing relationship with many customers in the community. But when it came to selling something more complicated, the steps were not enough.
More than just re-packaging

“It turns out the formula for how you deliver a product is more complex than just re-packaging, re-pricing and opening distribution channels.

“As you move from selling to the poor to actually creating new markets the difficulty increases immensely.”

Another issue enterprises looking to enter the market need to consider is the role of the community, says Mezias. Are they just consumers or would they have a more productive role as part of the team?

When investigating BOP markets in India for its soy milk powder the United States-based Solae company, a subsidiary of the Dupont corporation recruited widely within the community to form research teams, enabling the company to access hard to reach demographics like young mothers, single women and representatives from the lowest caste.

Members of the Solae product team went to live in the community, and respected village women were asked to share recipes to show communities how Solae products could be worked into their daily lives.

Unfortunately says Mezias, like P&G, DuPont and Solae were unable to make a profit from the exercise and eventually incorporated the product into the company’s CSR programme.

Over the last few years while there’s been more research about the need to access BOP customers, MNEs are a little more cautious about entering markets with less surety of returns, notes Mezias.

“I’m not claiming business investment in BOP markets is going down but the reported dissatisfaction is going up.

“I’m sceptical about MNEs ability to do what they need to do to enter these markets successfully. I think most of the opportunities are going to be taken up by newer, smaller companies based in the emerging markets. Companies like Capitec Bank which was founded to service the unbanked poor in South African townships.

“Although these companies are often founded to focus on very poor consumers, the innovations required to do this often yield services and products with wider applicability.”

MNEs, suggests Mezias, are not flexible enough to make the changes necessary to gain communities trust and create pipelines for swapping information. Or maybe they have a different game plan.

“Perhaps they’re sitting on the sidelines thinking, ‘We’ve got all this cash - when some successful company in these markets comes along, we’ll buy it!’”

Stephen Mezias is Professor of Entrepreneurship and Family Enterprise at INSEAD.

Tweets by @forbesindia
Health Care Industry Captains are Wary of Newer Bets
Lessons From The Dark Side Of Capitalism: How Pirates Help To Shape New Industries