Achieving leadership greatness means leveraging luck and navigating between extremes, says INSEAD Professor of Entrepreneurship Morten Hansen in an interview with INSEAD Knowledge. The transcript is below

Morten Hansen is the co-author (with Jim Collins) of Great by Choice: Uncertainty, Chaos and Luck – Why Some Thrive Despite Them All, which has been nominated for the 2013 Thinkers50 Best Book Award.

INSEAD Knowledge: Your book Great by Choice dispelled conventional ideas of all great business leaders being bold, charismatic and visionary. What core behaviours did the successful leaders share? Are these the same strengths they will need over the next decade? 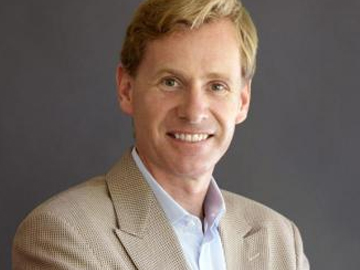 Morten Hansen, INSEAD Professor of Entrepreneurship
Hansen: There are some conventions about required leadership behaviours that we need to dispel, among them the love affair with charismatic leadership. As other scholars have found too, it just doesn't explain why some companies become great and others don't. In our study behind Great by Choice, we found that other leadership behaviours made the difference. We deliberately studied industries that historically have experienced tumultuous change and uncertainty, since those will be norm in the coming decades. Let me mention two leadership behaviours that matter in a world full of change and uncertainty. Firstly, productive paranoia ― being hyper-vigilant about what is going on around you and channelling that worry into productive actions to make sure you don't get hit badly. Bill Gates was a master at this when he ran Microsoft. So was Andy Grove at Intel.  Secondly, fanatic discipline, which means going to extreme lengths to make good on your targets, plans, values, no matter what the circumstances. Herb Kelleher, the co-founder and CEO of the incredibly successful Southwest Airlines in the U.S., was extraordinarily disciplined in making sure they would become ― and remain ― the low cost commuter airline in the country. He would obsess with cost-per-seat-mile in good times when other airlines were adding costs.

INSEAD Knowledge: What new leadership principles are needed and how will company leaders have to adjust their way of thinking to maximise their chance of becoming great in the changing times ahead?
Hansen: There is a drumbeat in management these days around change: "change or die", or "radical change on the outside requires radical change on the inside". We found that to be dead wrong.   In our study of successful companies in turbulent times, we found the opposite: the most successful companies change less, not more, than their peers. The path to mediocrity lies in chronic change.

Why is that?  Well, constant change produces less continuity and more havoc, which in turn doesn't produce results but just confusion. Some companies get into a change trap ― a new re-organisation every 18 months. Consider Yahoo, which was the most successful search company in the world around 1999.   Then they morphed into a business-to-consumer company, a portal, then a media company. Next, along came Google, specialising and sticking to one thing for a long while ― a search engine. Today Google's market cap is US$338 billion against Yahoo's US$34 billion. So what's the answer to change?  We found in our book that the best companies had a piercing insight into the formulae behind their successes (which we call a SMaC recipe ― a systematic, methodological and constant recipe) which they selectively changed, versus throwing it out, every so often. They became best because they combined continuity and change, as opposed to radical change.


INSEAD Knowledge: Will collaboration become increasingly relevant to a company’s success?
Hansen: I have studied collaboration for 20 years, and what I have seen is that collaboration is becoming more and more important, in companies in the U.S., Europe and Asia. That's because companies are becoming more global, more spread out, and more complex. Virtual teamwork is also taking hold.  The problem is that all of this fragmentation requires people to bring it back together, to forge common ground out of all the pieces. And that's where collaboration comes in.


INSEAD Knowledge: Great by Choice analysed the role of luck in a business’s performance, how big a factor is this and how can companies be prepared for events beyond their control?
Hansen: The role of luck in creating great companies is a fascinating topic. A number of scholars have argued that great companies, great successes in business, and successful people owe a huge portion of their fortune to luck. We tend to overrate skill and underplay the role of luck. That's actually a fair criticism. However, just postulating that luck plays a huge role is not good enough. It's not good enough to say that company success is like flipping a coin ten times in a row, that "successful" companies are simply those that get  heads up ten times in a row ― a very unlikely, but still possible scenario. That's just introducing a metaphor to make a point. I can equally propose a different metaphor and say that becoming a successful company is like running a marathon, which by and large requires skill and not luck.

Luck happens to everyone, but it is what you do with your good and bad luck that matters.

That underlies our title:  greatness is not mainly a function of luck or circumstance, but it is rather the choices you make as a leader.

INSEAD Knowledge: Instead of urging companies to constantly innovate, you have referred to an innovation threshold. What is this threshold and how difficult is it to convince business leaders today that there is a limit to how far innovation will take a company?
Hansen: Innovation is another big management mantra we dispute. I live in Silicon Valley where innovation is the gospel. But it is often misunderstood. We found in our research that innovation is often not the trump card that it is made out to be. Specifically, the idea that the most innovative companies win is just plain wrong. Microsoft dominated the PC industry for more than two decades without being the most innovative, and Apple's iPod was the 100th MP3 player on the market, not the first. Genentech has been the most innovative company in biotech by far, but Amgen has unquestionably accumulated the best financial performance over the last two decades. In a nutshell, what we found is that it’s not about being the most innovative, but how you innovate. The best companies followed a path of experimenting and then betting big. In a world full of uncertainty, you cannot think and analyse your way to the best ideas, but you can experiment your way to them, by piloting, testing, probing, and using data. This is perhaps the biggest trend in Silicon Valley right now ― experimentation as a path toward creating innovations. And the Internet is a cheap and wonderful way to do that.

Morten T. Hansen (@GreatbyChoiceMH) is Professor in Entrepreneurship at INSEAD and also at the University of California, Berkeley. Prior to INSEAD, he was a professor at Harvard Business School, Harvard University, for a number of years.