You may be a workplace hero without realising it

Heroes come in all shapes and sizes, but they have one thing in common: They don't see themselves as heroes. 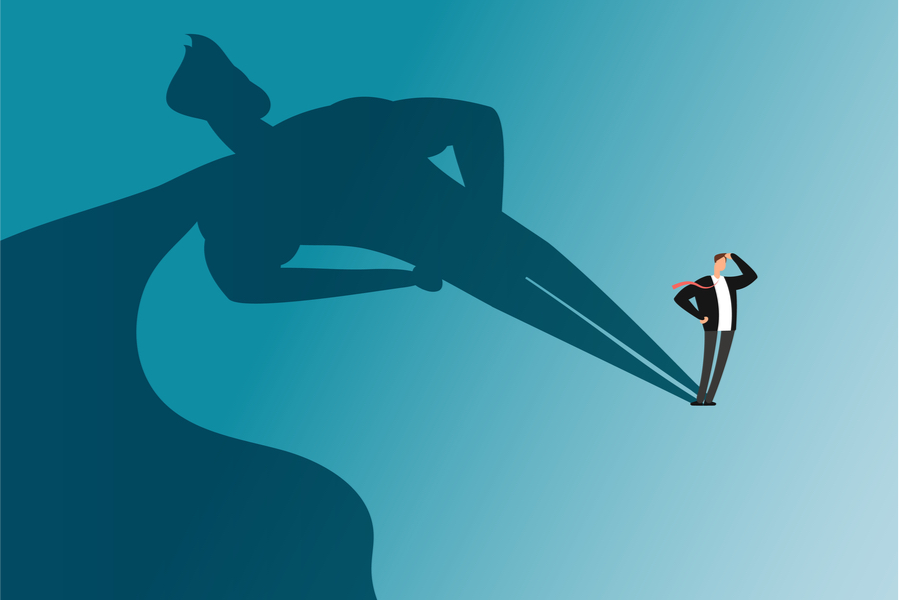 “Not all heroes wear capes,” the saying goes, and the workplace is no exception. If you take the time to look, you’ll find that acts of selflessness abound in your organisation – from informal mentoring to planning birthday or retirement parties. Are you a workplace hero? If you answered no, that may increase your chances of actually being one.

My forthcoming paper in Social Psychological and Personality Science explores the innate humility that accompanies heroism in all areas of life (not just the workplace). One of its findings is that there is a stark distinction between how we see heroism and how heroes view themselves. The qualities that most inspire us in stories about heroes – taxing sacrifice, persistence in the face of risk or great difficulty – are largely missing from the tales heroes tell about their own actions.

Heroes in their own words
I started by looking at the most celebrated heroes of all: literal life-savers. I collected 42 news reports from around the world describing their actions, which included rescuing a passenger from a burning bus and stopping a gun-toting terrorist from carrying out an attack. The articles also contained interview statements from the heroes. As a representative example, Didar Hossain, a man who helped 36 people evacuate a collapsing building in Bangladesh, said that he was only “an ordinary person” glad of the chance to be of service.

Participants recruited through Mechanical Turk (MTurk) were asked to compare the amount of credit heroes claimed for themselves to their just deserts. Quite consistently, the participants felt the interviewees to be more heroic, admirable and extraordinary than they gave themselves credit for.

Everyday heroes are self-effacing
How does this relate to the rest of us, whose good deeds don’t make headlines in the press? In my next experiment, I asked a group of MTurk participants to write about a heroic act they had performed or witnessed someone else perform. The act could be anything, minor or profound, as long as it showed courage or nobility and was accomplished for someone else’s benefit. The participants then rated their own accounts for both the level of heroism displayed and the burden assumed by the hero in the course of carrying out the deed. In a second step, the writings were rated on the same attributes by a separate group of participants, i.e. not the authors.

Results showed that even everyday heroes sold themselves short, compared to how they were viewed by others. Moreover, an even bigger bump in perceived heroism and burden arose when people rated an action they had personally witnessed, as opposed to reading about it.

My third and final study tasked participants to watch YouTube videos of real-world life-saving events, such as a father saving his kids from an oncoming car. Some were first prompted to put themselves in the hero’s shoes; the rest simply experienced the video as the record of a stranger’s actions. The same basic phenomenon cropped up here too. Even for imagined feats of courage, doers gave themselves less credit than onlookers.

The burden of heroism
My results suggest that a large part of the “self-other difference” stems from the gap in perceived burden reported by participants. In taking prosocial action, one’s attention strays from the possible costs to oneself to the benefit the deed may provide to others. Outside observers, however, have a different view of the situation – they can see the father, the children and the car bearing down on them. Neither the hero nor the observer is necessarily “wrong” in their respective judgments regarding burden, but their different perspectives lead heroes to view their own self-sacrifice as less burdensome than observers presume.

False modesty?
Of course, there is a more cynical explanation for heroes’ apparent modesty: It could be insincere. They could be feigning humility in order to curry social favour. Crowing about one’s accomplishments, after all, could be seen as vulgar or arrogant, not the “done thing”.

In my experiments, I tested this possibility by asking participants to complete a social desirability survey asking whether they had committed mundane but common transgressions, such as gossiping or stealing office supplies from the workplace. The logic is that all of us committed these small transgressions, but some of us are so sensitive about our self-image as to not admit it. If participants’ self-assessments of their own heroism were indeed rooted in a desire to appear socially acceptable, then the participants most sensitive about their self-image should also be the most likely to minimise their own heroic acts.  Yet there was no such pattern in the data.

Implications
My findings imply that what separates heroes from the rest of us may be more about perspective than anything else. Those who seem to work tirelessly for others will tend not to see themselves as especially praiseworthy, not because they are saintly but because choosing to engage in prosocial behaviour changes one’s frame of mind.

For managers, then, the best way to encourage more helpfulness among your team may not be to reward heroic behaviour with heaps of public praise. Instead, try to create more opportunities for employees to commit acts of everyday heroism. This naturally happens in environments characterised by emotional safety, where people feel comfortable sharing their vulnerabilities and struggles. Honest sharing opens the door for others to step in and help, especially when employees know each other well enough to generate mutual empathy. So as a corollary to emotional safety, managers should look for appropriate ways for team members to learn about each other as human beings.

Finally, workplace heroes should be given a platform, not put on a pedestal. Let them share their stories, in order to show that being there for others does not feel as burdensome as we often think. Bridging the perceived distance between us and our role models is deeply empowering and conducive to change, as it also brings us closer to our ideal selves. Dimming the halo of our commonplace heroes can therefore be the most inspiring step of all.

Nadav Klein is an Assistant Professor of Organisational Behaviour at INSEAD.