How self-reflection can make you a better leader

Setting aside 15 minutes a day can help you prioritize, prepare, and build a stronger team 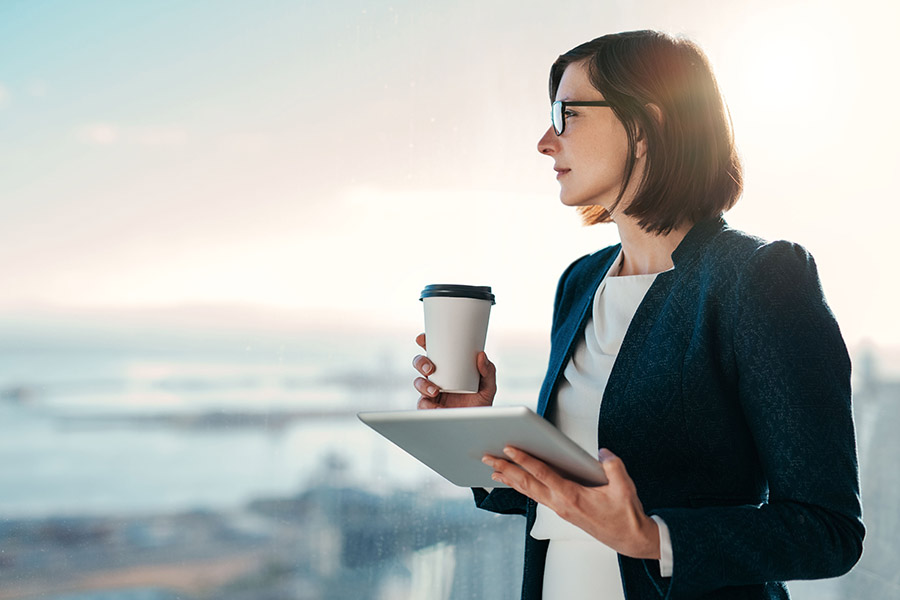 Image: Shutterstock (For illustrative purposes only)
Your company is expanding into China. Your most trusted team member put her notice in this morning. And your desk resembles a second-grade science experiment run amok.

As you frantically consider where to throw your attention, are you in the mood to reflect on what’s driving your behavior? To analyze your larger goals? To consider what got you into this situation and how you might avoid it in the future?

Kraemer would know. For thirty-seven years—ever since he was unexpectedly duped into attending a spiritual retreat with his future father-in-law—he has made a nightly ritual of self-reflection. “Every day,” he emphasizes. Stepping back from the fray is how Kraemer, once the manager of 52,000 employees, avoided “running around like a chicken with his head cut off.”

Instead of constant acceleration, Kraemer says, leadership demands periods of restraint and consideration. Leaders must regularly turn off the noise and ask themselves what they stand for and what kind of an example they want to set.

“Self-reflection is not spending hours contemplating your navel,” Kraemer says. “No! It’s: What are my values, and what am I going to do about it? This is not some intellectual exercise. It’s all about self-improvement, being self-aware, knowing myself, and getting better.”

Kraemer offers three ways that periodic self-reflection can strengthen leadership, as well as some of his favorite prompts.

Know Your Priorities—and Where You Fall Short. Anybody in a managerial position has two basic responsibilities: prioritize what must be done, and allocate resources to get those things done efficiently. “But how can you possibly prioritize or allocate if you haven’t figured out what really matters?” Kraemer asks.

Self-reflection allows us to understand what is important, and focus on what might be done differently.

Kraemer described an experience at Baxter where the company was focused on increasing its growth rate. Other firms were making acquisitions right and left, while Baxter was not. “So we stepped back,” says Kraemer, “and asked, if we want to grow externally, what are other companies doing that we aren’t?” It turned out that the companies that were growing successfully had diverted resources from their core operations to establish large business-development departments. Baxter at the time had a much smaller department. But until taking time to research and reflect on the matter, “we didn’t realize we needed a larger team of people who could fully dedicate themselves to this issue,” he says.

Of course, after priorities have been defined, it is important for action to follow. To prevent a gulf between word and deed, Kraemer writes out his self-reflection each night, creating a record of what he has done and what he says he will do. He also checks continuously with family, friends, and close colleagues to ensure he is holding himself accountable and “not living in some fantasy land.”

Minimize Surprise. Members of the United States military are excellent role models for self-reflection, Kraemer says. They forecast and plan obsessively in order to do one thing—minimize surprise.

“If the president of the United States calls and says, ‘I want an aircraft carrier in the Middle East,’ and the aircraft carrier gets there and all of a sudden it gets bombed, the military isn’t saying, ‘Oh, what are we going to do? We got bombed!’” he points out. “They’ve already thought that that might happen.”

Likewise, while running Baxter, where he oversaw multiple chemical-processing and manufacturing plants around the world, “I wasn’t surprised if there was a fire in one of those plants or if something blew up,” he says. Quality, safety, and compliance standards are, of course, essential to minimizing the possibility of disaster. “But we were self-reflective enough to realize that it could happen. So, when it did happen, we weren’t confused,” he says. “We dealt with it.”

And self-reflection need not mitigate only out-of-the-blue disasters; it also prepares leaders for more routine, but no less insidious disappointments. As head of a publicly traded company, for instance, Kraemer knew that not every quarterly performance was going to be positive. “To assume that performance is going to go up every single quarter—that’s not really logical. And by the way, when the drop does happen, what are you going to do about it?”

Preparation has the added benefit of reducing anxiety about the possibility of things going wrong, says Kraemer. “What keeps you up at night? I used to say, ‘I have a multibillion-dollar company…’ Now I say, ‘Nothing keeps me awake. If it takes me a while to go to sleep, I’ll just read another book."

“ The reason many, many people have trouble balancing their lives is that they have not been self-reflective enough to figure out what they’re trying to balance.”

Build Stronger Teams. Self-reflection’s effects go beyond the self, Kraemer points out: “If I don’t know myself, is it possible for me to lead myself? I doubt that. If I can’t lead myself, how could I possibly lead other people?”

Strong leaders, he says, not only practice self-reflection themselves; they also encourage their teams to do so. “I have a responsibility to develop every single person I touch,” says Kraemer. And of course, a self-reflective team is a team that has its priorities straight and arrives prepared to deal with any setbacks.

So if one of his employees or students is “bouncing around like a lunatic,” he meets with him or her to establish the value of settling down for a moment, taking a breath, and considering what’s important. “If I’m going to help you develop as a leader, one of the first things I’m going to try to do is to help you understand the tremendous benefit of self-reflection,” he says.

Next Steps. How can leaders get themselves, and their teams, practicing self-reflection? Kraemer does not prescribe a specific process; how a person reflects, he says, is a personal matter. (In the sidebar, however, he shares some of his favorite prompts.)

But Kraemer is adamant that leaders—and leaders-to-be—carve self-reflection into their daily routine. It takes only 15 minutes, and we all have 15 minutes somewhere in the day: during a commute, during exercise, during a cup of coffee. In fact, as an added benefit, reflection can lead to finding more time for what is important.

“The reason many, many people have trouble balancing their lives is that they have not been self-reflective enough to figure out what they’re trying to balance,” he says. “You might say, ‘Boy, my spouse is really, really important to me.’ But do you spend time with her? Or do you assume you’re too busy? Is spending time with her a priority or isn’t it a priority?”

Still convinced you cannot fit self-reflection on your calendar? That’s often an excuse to avoid an uncomfortable exercise, he says.

“There could be a pretty big difference between what you say is important and what you’re actually doing, and you may not want to confront that.”

- Based on insights from Harry M. Kraemer