India's equity markets brace for a tough year ahead

After the Budget, the focus is now on earnings and reduction in interest rates 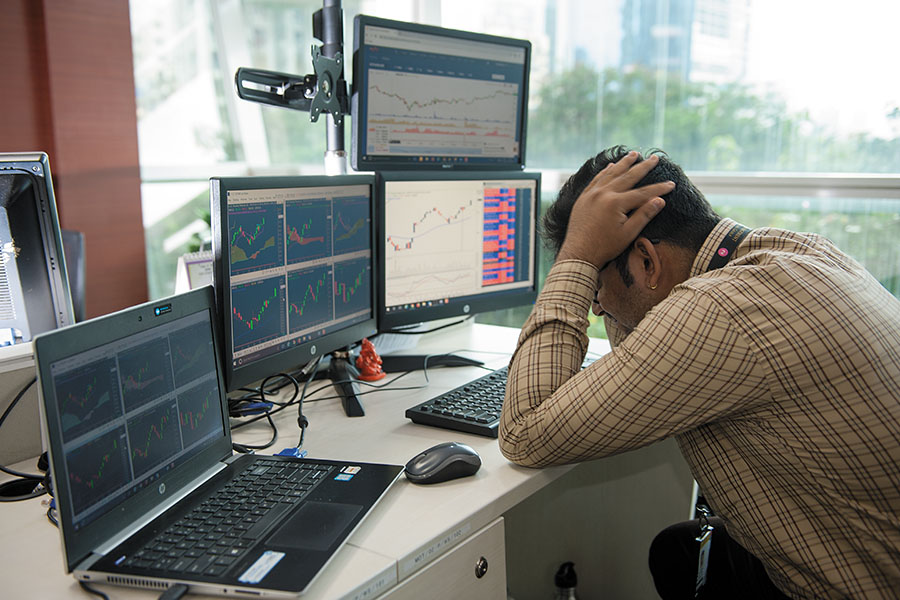 For India’s equity markets, the Budget’s devil lay in the details. Once the fine print had been read and digested, the market gave it a resounding thumbs down. “In the near term, the room for upside in the markets is capped due to unsupportive valuations,” says Siddhartha Khemka, head of research (retail) at Motilal Oswal, a brokerage.

On the first full trading day after the Budget, the Sensex fell by 793 points (2 percent), reversing gains made after announcement of the election results. Its key disappointment: The lack of near-term triggers to revive consumption that has been falling since the 2018 festive season.The markets were also spooked by the additional tax on foreign portfolio investments and increased surcharges on earnings of over ₹2 crore and ₹5 crore. The 20 percent tax on buybacks, bringing them on par with dividend distribution, was frowned upon as was the proposal to increase minimum company flotations to 35 percent from the present 25 percent.

Consumption spending is responsible for two-thirds of GDP growth in India and has kept a part of Sensex and Nifty valuations afloat even as sectors as diverse as banking, pharma and telecom have seen their profitability smashed.

In quarterly updates released to the exchanges in early July, consumer goods companies Dabur and Godrej Consumer confirmed that demand in the first quarter of FY19 has been lacklustre while sales of cars and utility vehicles were down by 17.54 percent in June, making it the steepest fall since 2001. 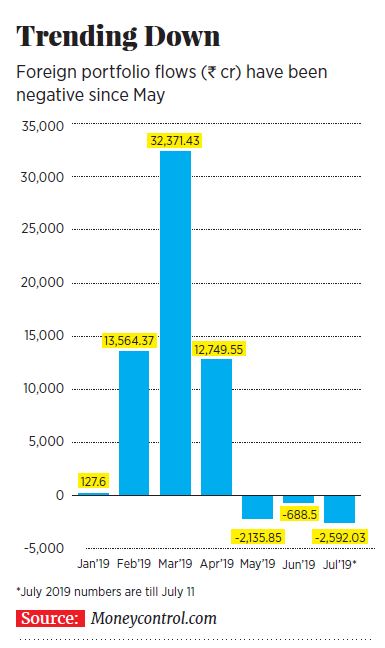 As a result, the Index of Industrial Production, to which the automobile industry directly contributes 7.5 percent, collapsed to 0.4 percent in March 2019. At a post-Budget press conference, Pawan Goenka, managing director at Mahindra & Mahindra, said that there was need for a short-term cut in GST rates to get car, truck and tractor sales moving again.

For now the fear is that the Nifty, which trades at close to 20 times FY20 earnings, could see a derating if earnings growth doesn’t come through. Motilal Oswal estimates cumulative FY20 Nifty earnings at ₹583 (or an earnings multiple of 19.6, based on present Nifty valuations). A slowdown in consumption means other sectors would have to pick up the slack. A joker in the pack is the reduction in interest rates, bringing down the cost of borrowing for consumers. “I believe interest rates are headed down next year as the government plans to borrow a portion of its requirement from abroad, and the central bank maintains an accommodative policy due to benign inflation,” says Nilesh Shah, managing director of Kotak Mahindra Asset Management. This, coupled with liquidity improving in the banking system, NBFCs lending again, a good monsoon, and subdued oil prices could set the stage for a slow and steady revival in demand.

Lower interest rates coupled with rising earnings should set the stage for the next round of Nifty growth. The banking sector (SBI, Axis Bank and ICICI Bank) earnings are expected to rise from ₹4,000 crore in FY19 to ₹50,000 crore in FY20. Pharma (Lupin, Dr Reddy’s and Sun Pharma) is expected to rise from ₹6,000 crore to ₹8,000 crore and telecom losses are likely to bottom out. “In the absence of these earnings coming through, valuations would look on the higher side,”  adds Shah.