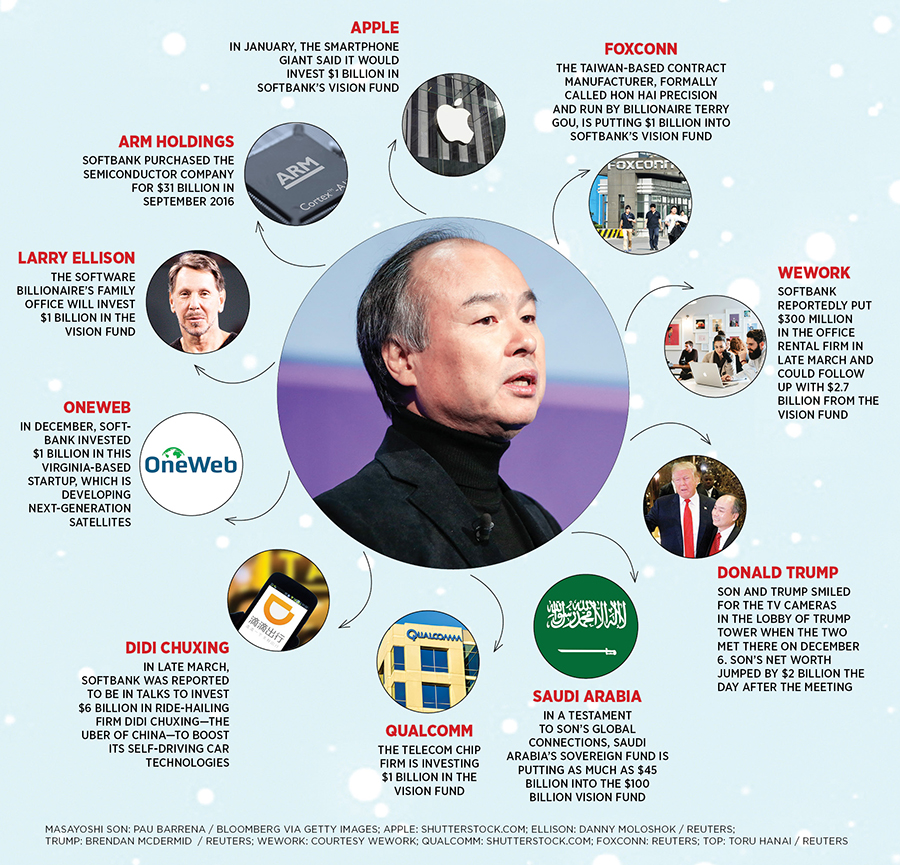 Masayoshi Son likes to think and act big. Witness his December 2016 meeting with then president-elect Donald Trump at Trump Tower. SoftBank CEO Son promised Trump that he would lead $50 billion of investment into US companies and create 50,000 jobs in the process. Much of the funding behind the “Soft­Bank Vision Fund”, which Son initially unveiled in October, comes from other people’s pockets—most notably as much as $45 billion over five years from Saudi Arabia’s Public Investment Fund. Son also convinced Apple, Foxconn, Qualcomm and Oracle Chairman Larry Ellison to chip in $1 billion each—all while continuing to put SoftBank funds into a number of startups. Son is aiming to reclaim some of the magic investors saw in him before a disappointing dive into US mobile telecom firm Sprint in 2013. Here’s a look at the players in Son’s world in recent months.

(This story appears in the 12 May, 2017 issue of Forbes India. To visit our Archives, click here.)