The IT rollercoaster in India

The IT Rollercoaster In India Indian IT has proved its mettle in global markets, but the home turf has just recovered from a hiccup 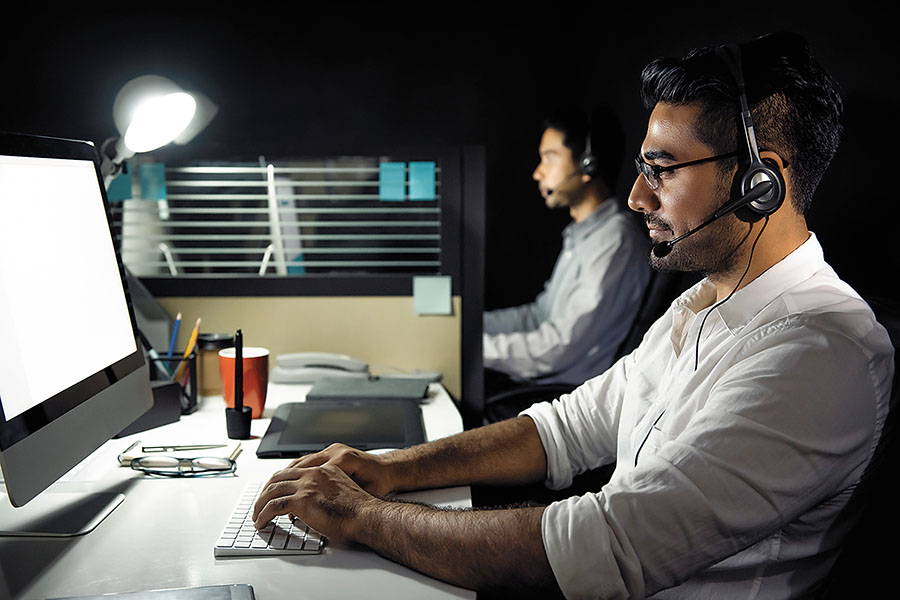 Image: Shutterstock
Life Insurance Corporation of India (LIC) is the kind of customer that can leave technology vendors in a tizzy. It has 11,000 branch offices, 2.65 lakh direct employees and 2 million agents. LIC is rolling out a biometric authentication system for its offices. Separately, it has also begun a data warehouse project to streamline and build products around its huge customer base.

“LIC spent three to four years focusing on the inside-out aspects like operational excellence,” says Partha Iyengar, research vice president at tech advisory Gartner. “Now, it is moving to the second approach—outside-in, which is about transforming from the perspective of its customers, channels and external ecosystem.” Such customer behaviour, apart from the price sensitivity, is symptomatic of IT spending in India, he adds. 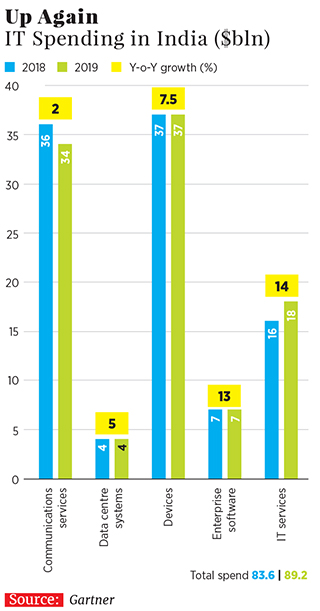 While IT exporters like Tata Consultancy Services (TCS), Infosys and Wipro have built India’s credibility as the world’s back office, the domestic market continues to be a rollercoaster. It was evident in the IT spends figures at the Gartner Symposium 2018 held in Goa in November. The technology advisory estimates IT services spends in India to touch $15.7 billion in 2019, more than the $15.2 billion domestic spends in 2016, after which IT services fell to $12.6 billion.
Trade body Nasscom pegs Indian IT service and BPO exports at $126 billion. In contrast, the home market (including BPO services) is $26 billion.

Gartner expects ‘IT services’ and ‘enterprise software’ spends to see the sharpest jump in 2019. They will account for a quarter of the $89 billion spends in India. Both segments will grow between 13 percent and 14 percent, though the compounded growth rate over five years has been 4 percent for IT services and 6.5 percent for enterprise software.

One reason for the unstable growth is that the government isn’t a large IT consumer. “Financial services (and insurance) lead the pack, retail and manufacturing come next,” Iyengar says. “Government is much lower as a percentage of IT spends.”

On the supply side, foreign companies like IBM hold sway. “Among Indian service providers, there is hot and cold behaviour,” Iyengar says. “While TCS has the biggest component of IT services revenue among them, it accounts for less than 15 percent of its revenue,” he notes. “Overall, large domestic companies continue to neglect the domestic market.”

One significant change from 2016 is that cloud service providers are now well trenched in India. Japanese major NTT acquired home-grown company Netmagic in 2012.  IBM began its cloud business here in 2013. Amazon brought Amazon Web Services in 2015. Both Google and Alibaba have set up their cloud operations.

While the regulatory framework is still evolving, “business leadership will get closer to IT decisions and driving technology adoption,” Iyengar says. “Decisions will get business led—not IT led—to move faster.”

Tweets by @forbesindia
Twenty Two Motors: Going with the Flow
The critical 'when?' question in strategy