Glamour on the one hand, activism on the other: designers Tory Burch and Gabriela Hearst showcased two different approaches to New York Fashion Week 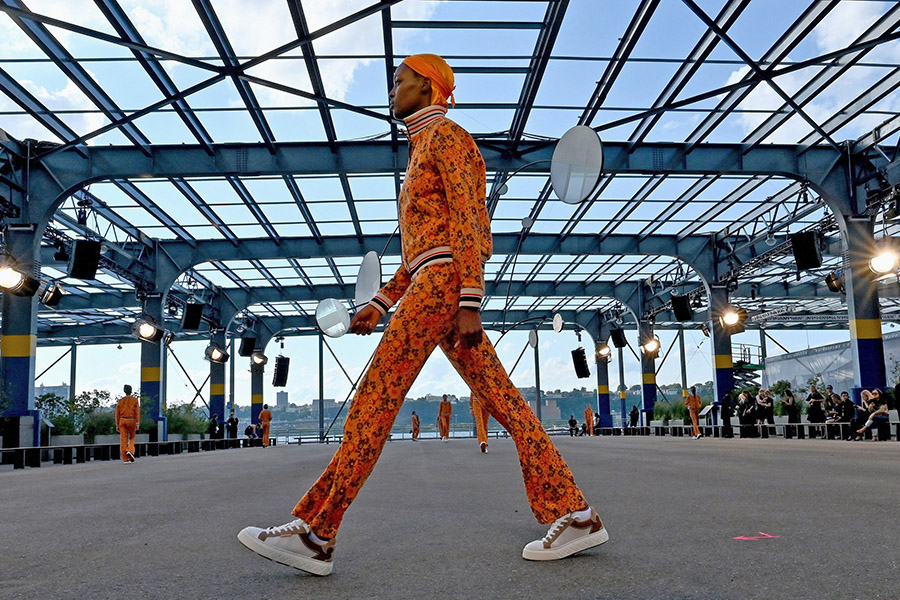 Glamour on the one hand, activism on the other: designers Tory Burch and Gabriela Hearst showcased two different approaches to New York Fashion Week on Tuesday.

American designer Burch offered New York a vintage-inspired collection that veered away from her well-known prints and bright colors.

"The collections have been for me much more personal now that I'm not running the business," she told AFP after the show.

Since 2019, Burch has entrusted her husband, Pierre-Yves Roussel, with managing the company, while moving into the roles of chief creative officer and executive chair.

For the Spring/Summer 2023 edit, Burch said she thought back to when she moved to New York in the 1990s and wanted to highlight "the concept of richness and minimalism" at the same time.

With sheer cotton tops, lace bras and silver shoes, Burch evoked the sleek sophistication and eroticism in vogue in the early '90s.

"I do think it's a bit sexier than what we have done in the past," she said. "And I think that women are feeling that right now. I see that that's how women want to dress, but I also love a certain elegance to it."

She said she also experimented with layering, using a jersey bandeau skirt as a recurring motif, sometimes worn over pants.

"I wanted to challenge us to push it a little further and also to have a more focused point of view," she explained.

Uruguayan designer Gabriela Hearst's show was imbued with ambiance. In an enormous warehouse with opaque windows, her models paraded down a runway lined with a gospel choir.

Gold dominated, shimmering across a cape, on a breastplate and popping against white and black accompaniments.

Long yellow and orange ponchos handsewn in Uruguay and red pantsuits also brought to mind the colors of fire.

Some pieces appeared to have been directly molded onto the models with the collection notes describing how leather had been soaked in water and then draped over a form to create unique pieces.

The theme of women's empowerment was also woven into the show.

Hearst, who is also the creative director at Chloe, said her 2023 Ready-to-Wear Collection was inspired by the ancient Greek poet Sappho and how she had shed light on the hardships women had to endure.

"This Joy," a gospel song written by Grammy winner Shirley Caesar, was performed by the Resistance Revival Chorus, which was billed as a collective of women and non-binary singers that addresses how "historically marginalized women have been in the music industry."

Hearst also said she had aimed to offset the climate footprint of her show by working with Swiss company Climeworks, which uses technology to capture carbon dioxide directly from the air.

Tweets by @forbesindia
What is 'toxic positivity'? The dark side of the focus on happiness
SWIFT and Symbiont announce new pilot project