For decades Paris, New York, Milan, and London have reigned as the four fashion capitals whose influence radiates to the four corners of the globe. There are new contenders now vying for the title of next fashion capital 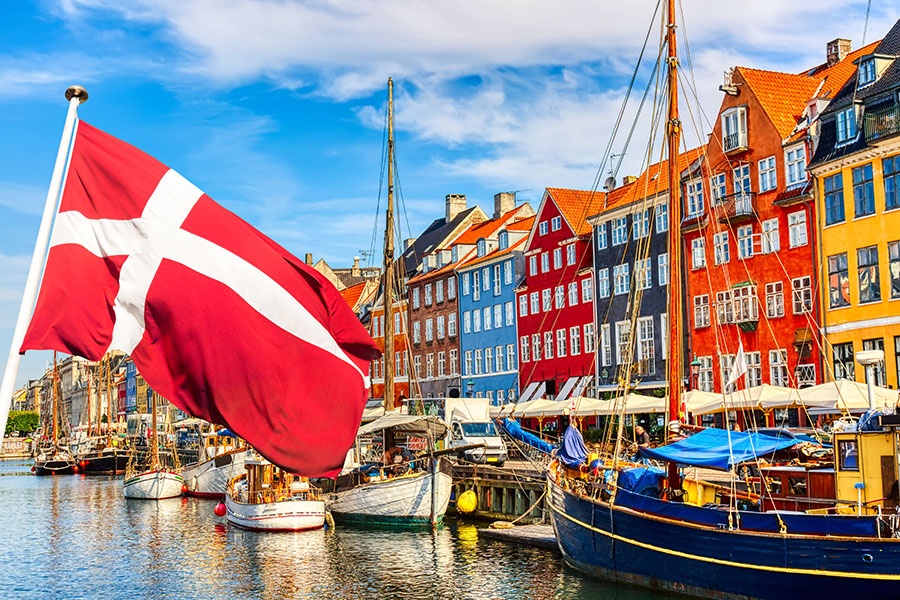 Copenhagen can now pride itself on being an influential city in the fashion scene. Image: Shutterstock

For decades Paris, New York, Milan, and London have reigned as the four fashion capitals whose influence radiates to the four corners of the globe. A quartet that could be joined by cities in northern Europe and the United States, which are gradually making a global style statement and impacting creative processes in the fashion sphere. Copenhagen, Stockholm, and Detroit are among the new title contenders.

The world will soon have the chance to discover the spring-summer 2023 collections of renowned fashion houses in New York, London, Milan and Paris. Fashion week season is always an intense period for labels, a dense schedule of events, exhibitions, presentations, and parties, as well as appointments with crowds of buyers and media from all over the world. While it may seem that these four fashion capitals retain the upper hand on fashion domination for the moment, other cities are making their mark on the scene and beginning to establish their reputations in a sector once believed to be impossible to penetrate.

Most brands and designers, regardless of their country of origin, have been taking into account the environmental challenges facing fashion for a few years. But some cities, including Copenhagen, are definitely ahead of the curve. Something that now means its fashion week is considered the greenest in the world and enables participating labels a spotlight on the international scene. Ganni, as well as Saks Pott, Cecilie Bahnsen, and Rotate Birger Christensen, are among the brands whose reputation has spread far beyond the borders of Denmark, as has the bold elegance that characterizes the fashion of the Danish capital.

It is indeed Copenhagen Fashion Week's commitment to sustainable development that has boosted its profile on the fashion scene. While the influence of London and New York seems to have been declining for several years, Copenhagen has gained more authority since it began its environmental transition. Since the beginning of 2020, there has been talk of an action plan for sustainable development, inviting brands to respect several requirements including the non-destruction of unsold goods, the use of sustainable packaging, and a large share of certified, organic or recycled textiles. Ambitious objectives that have drawn attention to the Danish capital, whose collections are now closely followed.

Stockholm's influence on fashion is not new, but it has been growing over the years, and has really taken off with the industry's need to reinvent itself in order to reduce its impact on the planet. Like its Nordic neighbor Copenhagen, Sweden's capital city is constantly working to improve environmental responsibility and is a model of sustainability. After revolutionizing the world of design several decades ago, Sweden is now tackling fashion. The Nordic style, which just a few years ago was still lacking mass acceptance, now responds to what people around the world are looking for.

Functional, streamlined and even minimalist, with some very eccentric touches here and there, Stockholm style mixes an elegance that is sometimes pushed to the extreme and a casual approach, Stockholm street styles are regularly gushed over in fashion magazines around the world. Something that contributes to the international reputation of many Swedish brands, from HOPE to Acne Studios to Tiger of Sweden.

Detroit, a hotbed of creativity

While several places in the United States, including Los Angeles and Brooklyn, can clearly claim to be the country's new fashion capitals, for very different reasons, Detroit can boast of being home to talent that has made—or will soon make—a name for itself on the world stage. Considered the automotive capital of the world just a few years ago, the city that was nicknamed "Motor City" is no stranger to the fashion sphere. The success of the Carhartt brand, founded in the late 1800s in Detroit, is a testament to its workwear, which is making a strong comeback under the impetus of the influential Generation Z.

But of course that's not all. For several years now, labels originating or based in Detroit like Deviate and Hope for Flowers have been emerging, as if to better highlight the creative force of this working-class city. And one thing is sure, things are on the move for Michigan's biggest city. Proof is the arrival of many luxury brands, including Gucci, which has just opened a boutique on Library Street. The Italian house also collaborated last year with the label Detroit vs. Everybody, founded by Tommey Walker Jr.