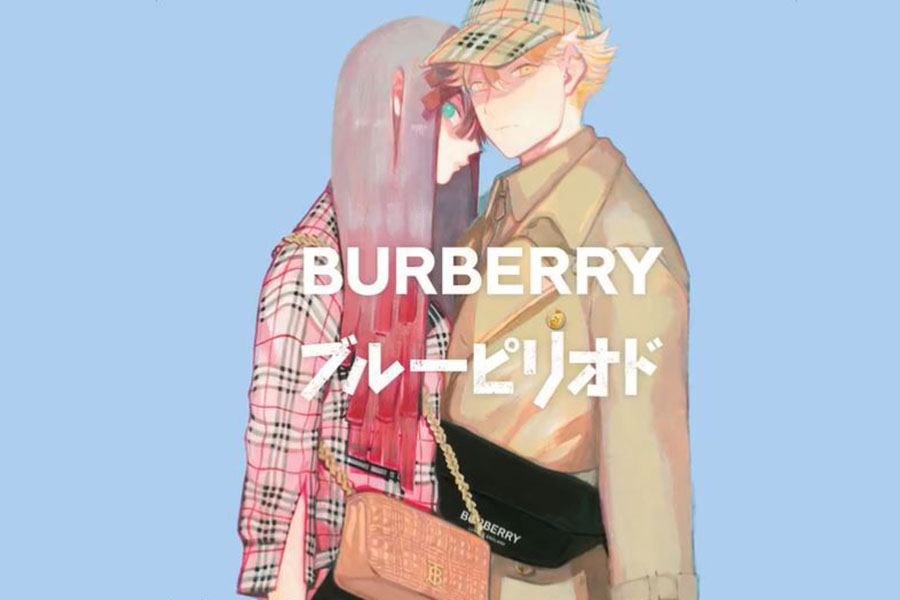 We thought that the fashion industry only had eyes for the metaverse these days but they seem to have recently developed a passion for manga. After Gucci, which has already explored this universe, much beloved by millennials and Gen Z, and, more recently, streetwear label GCDS, which paid tribute to "One Piece," now it's Burberry's turn to draw on this form of Japanese comic with, not a collection, but an actual manga dedicated to one of its iconic bags.

The fashion industry has never shied away from venturing into unknown territory, on the contrary! Art, of course, as well as design, gastronomy, soccer, or even motor sports, are all areas that regularly inspire ready-to-wear and couture collections. Recently, it is the world of video games—linked to the emergence of the metaverse —that has inspired many designers, who have collaborated with titles like "Fortnite," "Animal Crossing," "Pokemon Go" and "League of Legends." While fashion hasn't given up on the idea of making a place for itself in these new virtual worlds, it now seems to also be turning to a new passion: manga.

A growing market around the world

The world of manga is no stranger to the fashion world, with brands such as Uniqlo regularly offering collections based on world-famous titles. In the luxury sector, Gucci has also offered occasional capsules based on famous characters, and even teamed up with cartoonist Hirohiko Araki for an advertising campaign several years ago. But in recent months, the interest in these Japanese comics seems to have grown.

Indeed manga are increasingly popular nearly all around the world, as in the US, with manga sales more than doubling in that market in 2021. According to data presented by ICv2, using data from NPD, some 24.4 million mangas were purchased in the US in 2021, up 15 million units from 2020. These figures are enough to turn heads—and attract attention. And it's working, since the latest house to have collaborated with a mangaka or manga artist is none other than Burberry, which can now boast of having an entire comic strip dedicated to its iconic Lola Bag.

Also read: Virtual fashion is booming, but how's it doing on creativity and inclusivity?

A character based on a bag

The label's Lola Bag is already a star whose fame goes far beyond the borders. After launching a virtual collection with its name on Roblox, the British brand is promoting it on the Japanese comic scene, and in a very stylish way. In collaboration with Tsubasa Yamaguchi, the mangaka at the origin of "Blue Period," the Lola Bag is transformed into a real seinen character, with adventures alongside the two heroes of the original work, Yatora and Ryuji.Available in paper format in selected Burberry stores in Japan, this very special (and limited) edition is also freely available online, but only in Japanese.

This new-generation partnership is the latest between the worlds of fashion and manga. It comes after a series of recent similar collaborations between GCDS and "One Piece" and Dolce & Gabbana and Jujutsu Kaisen, testifying to a genuine passion in the fashion (and luxury) industry for these Japanese comics.

Tweets by @forbesindia
Corporate VC is booming, but is it what your startup needs?
Fashion's gender stereotypes start at a very young age