While the metaverse is still a vague notion for many, brands will have to find a balance between the desire to make 'classic' luxury goods accessible, and the need to push back the boundaries of reality, and therefore creativity 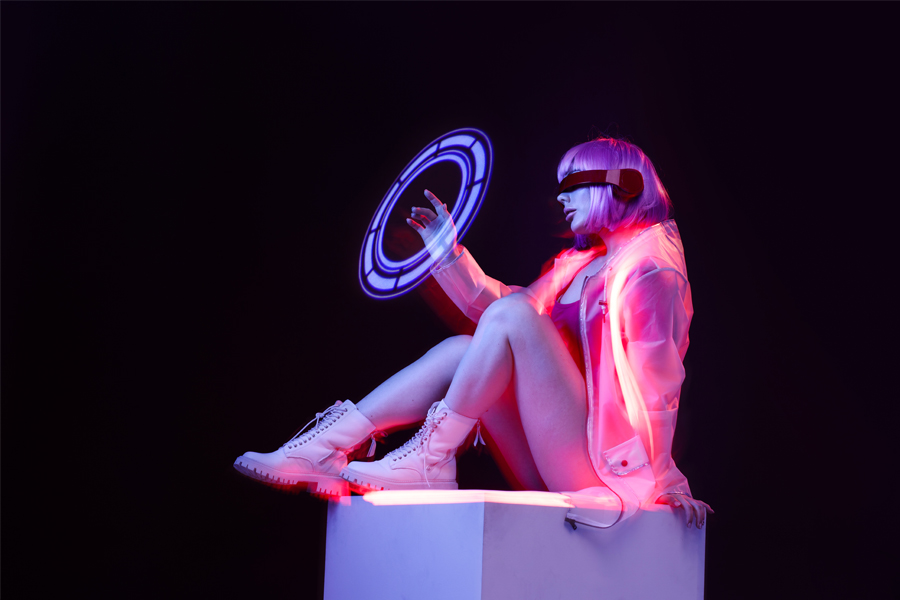 Virtual fashion was largely billed as a new opportunity to push back the boundaries of creativity and inclusivity, but so far, these new kinds of clothes are mostly copied straight from real-world collections Image: Shutterstock

Virtual fashion was largely billed as a new opportunity to push back the boundaries of creativity and inclusivity, but so far, these new kinds of clothes are mostly copied straight from real-world collections. The first models unveiled by the Meta group, for example, seem too "normal" to get truly excited about, whereas our virtual twins—poised to live their best life in these parallel fictional universes—offer us the chance to get dressed up like never before.

A hoodie, loose ripped jeans and a plaid shirt. One of the Balenciaga looks presented by Meta while announcing the launch of its virtual fashion store resembles in every way the pieces that can be found in the e-store of the designer label, which, by the way, has accustomed its clientele to much more quirky styles. And the same goes for the virtual looks from Prada and Thom Browne, the two other houses that will inaugurate this next-gen fashion store, whose real-world creations are generally less classic than those unveiled by the web giant. And that comes as something of a disappointment, as we were expecting colorful, eccentric, even totally crazy fashion pieces with which to dress the digital doubles who will soon wander the metaverse.

Embracing the future or perpetuating the status quo?

While the metaverse is still a vague notion for many—and probably still a world away from the daily usage of the majority of consumers—it is, for the moment, similar to a futuristic universe where everything—or almost—seems possible. Major events, including a wedding and the first Metaverse Fashion Week, have already taken place in this virtual realm, transporting us into a world that's almost like something from science fiction. But, for the moment, virtual fashion still seems far too tame to fit into these new worlds. Even Thom Browne's trademark looks—blazer, pleated skirt and white shirt—worn by many male celebrities at the last Met Gala, look too classic on the avatars presented by Mark Zuckerberg—no mean feat.

However, this is a first shot, a first presentation even, not necessarily heralding the actual content of this new storefront dedicated to user avatars on Facebook, Instagram and Messenger. It is likely—we hope— that the actual clothes will be more fun, more extravagant, and better adapted to the expectations of customers of these luxury houses—Generation Z in the lead—for whom gnder and long-proffered body norms must give way to more inclusive fashion. In any case, brands will have to find a balance between the desire to make 'classic' luxury goods accessible, and the need to push back the boundaries of reality, and therefore of creativity.

If most of the virtual collections proposed by designer labels, ready-to-wear brands and fast fashion brands—often in partnership with social gaming giants such as Roblox and Zepeto—are similar (for the moment) to their real-world clothes, some specialist platforms have opted to push the idea of audacity much further. And it's a crazy gamble that appears to have paid off for DressX. The virtual couture e-store is full of all kinds of clothes, from the most classic to the most futuristic, so much so that some of them are like artworks. It's enough to allow you to be bold, daring and experimental in your digital clothing choices, and much more easily than in real life. After all, isn't that what these parallel fictional worlds are all about?

Tweets by @forbesindia
How can Indian industries accelerate the adoption of digital technologies in the manufacturing sector?
Rainbow-washing: When brands jump on the LGBTQ+ cause