It was via an Instagram Live that Mark Zuckerberg and Eva Chen, vice president of fashion partnerships at Instagram, announced the news, mentioning a new storefront for the avatars of Facebook, Instagram and Messenger users 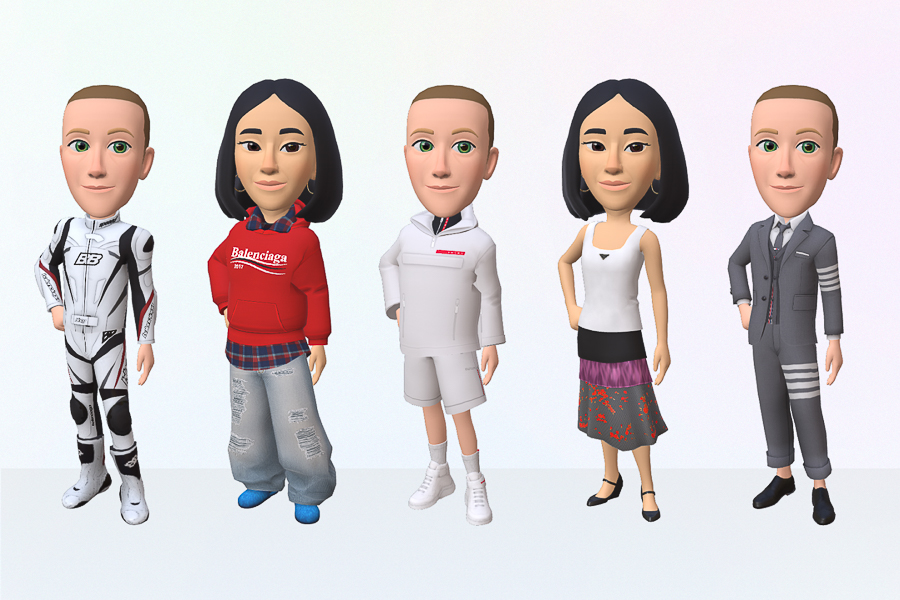 Web giant Meta is making a major move into the world of fashion after unveiling details of its first digital clothing store. And the firm isn't doing things by halves for the launch of this new kind of retail outlet, called the Meta Avatars Store, offering creations from the likes of Balenciaga, Prada and Thom Browne. A whole world of luxury available in a matter of clicks.

Getting kitted out in Prada clothing isn't within everyone's reach—far from it—but digital fashion could make clothing from the biggest luxury fashion houses more accessible. You might not be able to show off these purchases in the street, but digital fashion buys can be showcased on social networks, and in the metaverse, by dressing your avatar as never before. This is, in any case, the idea behind the recently unveiled project from the Meta group, helmed by CEO Mark Zuckerberg, which is gearing up to launch its first digital clothing store, the Meta Avatars Store.

It was via an Instagram Live that Mark Zuckerberg and Eva Chen, vice president of fashion partnerships at Instagram, announced the news, mentioning a new storefront for the avatars of Facebook, Instagram and Messenger users, although the existing free clothing options will remain. This new kind of store is expected to begin rolling out this week in several countries, including the United States.

Initially, users will be able to purchase designer outfits from Balenciaga and Prada—two brands that have already experimented with some of the possibilities of the metaverse—but also Thom Browne. Accessible luxury, in short, although the web giant has not yet said anything about the prices of these digital clothing items. However, it did say that the store will be enriched over time by clothes designed by other major fashion houses.

The first pictures unveiled by Eva Chen and Mark Zuckerberg show a motorcycle suit, a Balenciaga hoodie, as well as outfits spotted during the last Thom Browne shows—and worn by a crowd of celebrities during the last Met Gala. All of these choices are likely to find favor with consumers. "Digital goods will be an important way to express yourself in the metaverse and a big driver of the creative economy," said Meta's CEO.

Also read: What will learning in the metaverse look like?

While many in the fashion sector initially set about presenting NFT collections, they are now gradually moving into digital fashion, another possibility offered by the metaverse. DressX is one of the specialists in this market, but brands such as Gucci, Balenciaga, Nike, Tommy Hilfiger and even UGG have already made some inroads via partnerships with Zepeto, Roblox or Fortnite, giants of social gaming.