Teens aren't yet showing much interest in metaverse: Study

According to the study conducted by investment bank Piper Sandler, this alternate universe does not especially pique Gen Z's interest 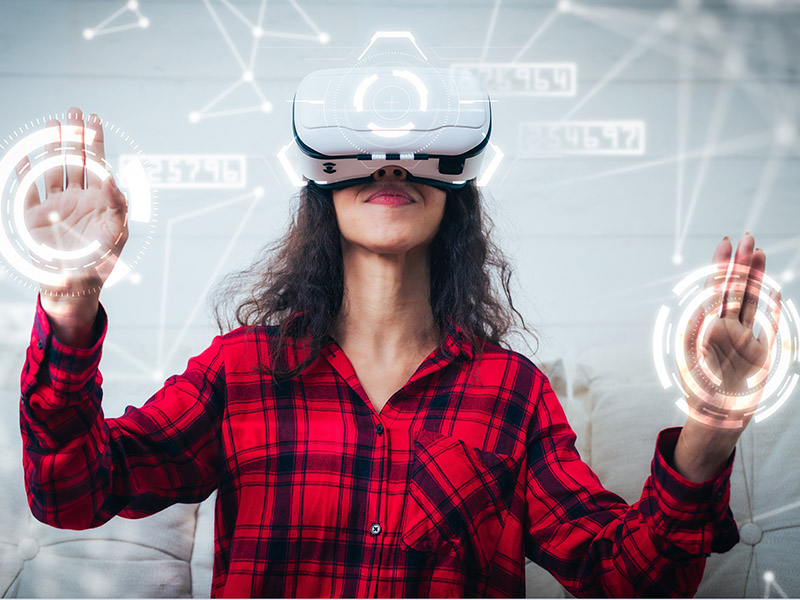 The metaverse is still in its infancy, even though major groups and corporations already see it as the new playground for younger generations. But are young people ready to jump into these virtual worlds? Nothing could be less certain, according to a new American study.

Not a day goes by without a company announcing its entry into the metaverse, the immersive universe that its proponents see as the next generation of the internet. Many see it as an opportunity to expand their revenues while getting closer to Gen Zers, a prime target audience. The investment bank Piper Sandler surveyed 7,100 US teens, with an average age of 16, about their relationship with this emerging sector.

It appears that this alternate universe does not especially pique their interest. Half of the respondents said they were unsure on the metaverse, or had no current intention of buying a device allowing access to these parallel universes. Only 9% plan to buy a virtual reality headset in the next few months. But all hope is not lost: a quarter of respondents (26%) already own a VR device allowing them to experience the metaverse. A third of these teenagers use it occasionally to explore this virtual world, where you can, for example, treat yourself to a replica of Paris Hilton's martini glass bag.

Video games as a gateway to the metaverse

These numbers cast a shadow over the plans of Meta (formerly the Facebook group) and other companies that have made it their mission to help the metaverse emerge. Mark Zuckerberg's group recently announced plans to offer content creators the ability to sell virtual objects to users of Horizon Worlds, its main augmented reality platform.

Although young Americans do not yet show much interest in this technology, they could be encouraged to embrace it through the gateway of video games. Some 68% of teenagers surveyed by Piper Sandler describe themselves as gamers, which makes them the ideal target for companies wanting to invest in the metaverse. While this digital space of the future is still in its infancy, video game players have already given it some substance. Take Fortnite, for example. For two years now, the game has been hosting virtual concerts by international stars such as Travis Scott, Zara Larsson and Ariana Grande. And each time, these mega-events were followed by tens of millions of players.

Cryptocurrencies and NFTs, two other blockchain-related innovations, can also offer gateways to the metaverse. But not for American teens. Only 11% and 8% of teens surveyed by Piper Sandler have, respectively, ever purchased virtual currencies or non-fungible tokens. However, many more are familiar with these new technologies... and therefore potentially ready to take the plunge.