The metaverse threat: 'TV will die with its audience'

Broadcasters are already playing catch-up with online gaming giants, and now on the horizon is the so-called metaverse—a loose term covering the growing ecosystem of interactive online worlds, games and 3D meeting places that are already attracting millions of users 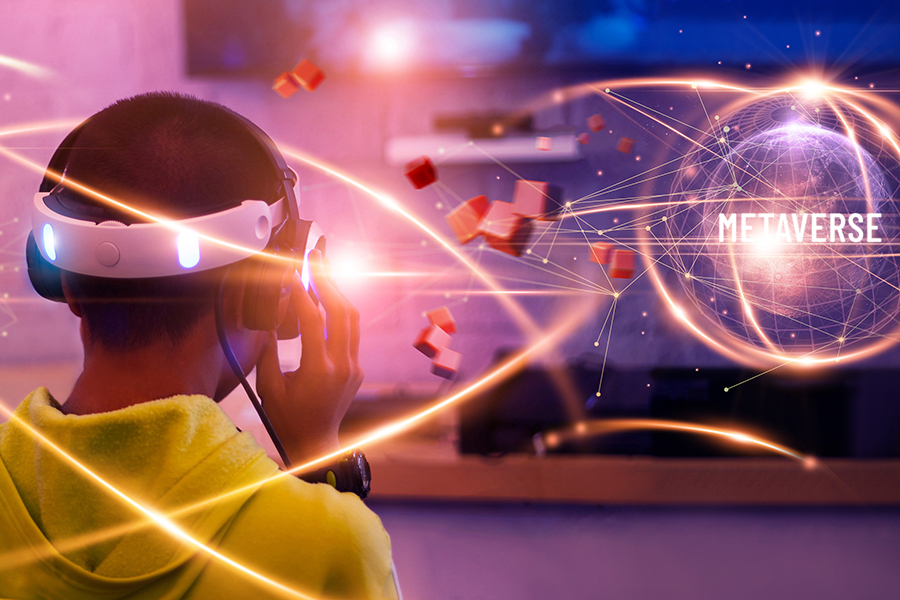 The popularity of Metaverse in the coming future is likely to affect TV and its audience. (Credit: Shutterstock)

Cannes, France: TV companies will need to radically adapt themselves to the fast-evolving world of online entertainment if they hope to survive, experts have warned.
Broadcasters are already playing catch-up with online gaming giants in the battle for the attention of young audiences and the advertising dollars that follow.
On the horizon is the so-called "metaverse" — a loose term covering the growing ecosystem of interactive online worlds, games and 3D meeting places that are already attracting millions of users.
While older consumers are still wedded to traditional TV, viewership among under-35s has halved in a decade, according to Statista, and will drop precipitously as the metaverse develops.

"Young people have evolved from passive spectators of TV to active players, and they've turned away from screens to smartphones," said Frederic Cavazza, co-founder of Sysk, a French firm specialising in digital transformation.
"TV channels are going to die with their audiences."

'Part of the story'

To reach young people, broadcasters will have to compete with gaming platforms like Roblox, Fortnite and Minecraft — seen as precursors to the metaverse — that are already establishing a dominant position.
Half of all 9-12-year-olds in the US use Roblox at least once a week, according to media research firm Dubit — doing everything from playing games to watching concerts to just hanging out with friends.
The audiences can be enormous: 33 million people watched rapper Lil Nas X perform on Roblox in 2020 — more than three times the number that watched him on TV at the Grammys this week.
Broadcasters must choose whether they are sticking with a shrinking market for traditional TV programming, or start bringing their characters and brands into metaverse platforms, said Matthew Warneford, co-founder of Dubit.
"It means bringing people into a world, making them part of the story, playing alongside their friends — the same way that Disneyland allows you and your friends to be in their world with Mickey Mouse," he said.

TV companies have time to adapt, but they face a major challenge in catering at once to older people watching traditional broadcasts, middle-aged people shifting to streaming and young people wanting interactive and social entertainment.
"If we want to stay relevant, we will have to position ourselves across all these usages," said Kati Bremme, head of innovation for France Televisions.
The national broadcaster is still in research mode, she said, toying with augmented and virtual reality to build immersive cultural and sporting experiences.
The biggest challenge, however, may be financial.
Up to now, TV firms have been insulated from tech disruption because their advertising revenue was largely unaffected — unlike other traditional media like newspapers.
That could change "faster than people realise," said Warneford.
It was previously hard to move TV ads into the gaming world because they were created by individual companies "who locked them down and captured all the value," he said.
But with the more open field of the metaverse, brands will have much more scope to promote themselves and sell goods directly to users.
Indeed, fashion and luxury labels are already making millions selling virtual clothes and accessories on Roblox, Fortnite and other platforms.
"If they want to reach young people, do companies keep going to TV or do they go to where young people actually are — in gaming and the metaverse?"
By Carole Guirado and Eric Randolph
© Agence France-Presse