How Roblox is setting the stage for more and more concerts

Fifteen years after taking the video game world by storm with its popular platform, Roblox is now conquering the music industry. The American service is multiplying its partnerships with industry giants, such as Sony Music Entertainment, in the aim of rethinking the music experience 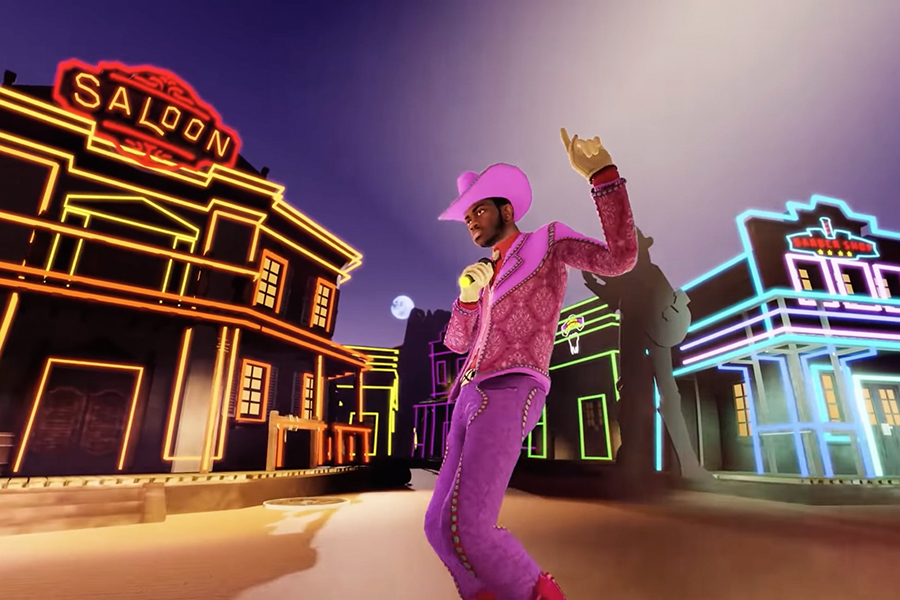 As music promoters and label managers know, an artist's success increasingly depends on their popularity on music streaming services, as well as on video game platforms like Roblox. In recent months, the US-based platform—halfway between YouTube and Minecraft—has hosted exclusive performances by superstars like Zara Larsson and Lil Nas X.

The Swedish singer-songwriter managed to attract more than four million music lovers to the launch party for her new studio album, "Poster Girl." Lil Nas X, meanwhile, went through the roof, drawing more than 36 million people to the first virtual concert ever held on Roblox. This unprecedented event also generated millions of dollars in merchandise sales, according to Jon Vlassopulos, global head of music at Roblox.

These successes soon caught the attention of Sony Music Entertainment, which recently decided to enter into a commercial partnership with the video game platform. This will see more of the US label's artists performing in the Roblox "metaverse," in turn allowing them to reach new audiences. While the two companies did not reveal the financial details of this agreement, they claim that it represents a real opportunity to "generate new revenue streams around virtual entertainment."

Tensions and new opportunities
And this is just the beginning for Jon Vlassopoulos: "We are just scratching the surface of what Roblox can deliver to the music industry and to music fans around the world," the site's global head of music said in a statement. Music has been an integral part of the video game platform for the last 15 years. So much so that it has given rise to robloxcore, a musical subgenre driven by tween and young teenage artists like Odin and Lieu.

But music professionals don't necessarily look kindly on Roblox's repeated forays into their industry. Indeed, the platform has been accused of encouraging its users to fraudulently use copyrighted tracks within the game. The National Music Publishers association decided to crack down last June by suing the game's creators for their "rampant" ignorance of music licensing requirements.

Roblox said it was "surprised and disappointed" by the move, in an official company statement. "We believe the Roblox metaverse provides a massive opportunity for the music industry.... We are committed to continuing to partner with the music industry to unlock new, creative, and commercial opportunities for artists and songwriters through virtual merchandise, exclusive virtual concerts, Launch Parties, and more," the company continues.

Carving out a place alongside "Fortnite" and Twitch
Despite its efforts to carve out a place in the music industry, Roblox has less of a foothold in this area than some of its competitors in the video game world. "Fortnite" entered the sector back in 2019, and has since hosted virtual concerts from Marshmello, Travis Scott, Kaskade, Slushii, Dominic Fike and Easy Life on its Party Royale island. Epic Games, which publishes the hit game, has even decided to build its own studio in Los Angeles as it continues to up its game in virtual concerts.

Twitch is in on the act too, increasingly encouraging artists to use the platform to continue interacting with their fan communities in spite of the current covid restrictions. And the Amazon subsidiary has some strong arguments to convince them. In fact, the most avid gamers are also the most committed music fans, according to a study carried out with MIDiA Research. All of which could incite the music industry to get closer to the gaming world, starting with Roblox.

Tweets by @forbesindia
Evolving your status quo is a necessity: Ronnie Screwvala
827,000 undiscovered viruses in animals, birds have the ability to infect humans