Minnie Mouse is releasing a covers album of some of Disney's greatest hits, with a lo-fi hip-hop twist 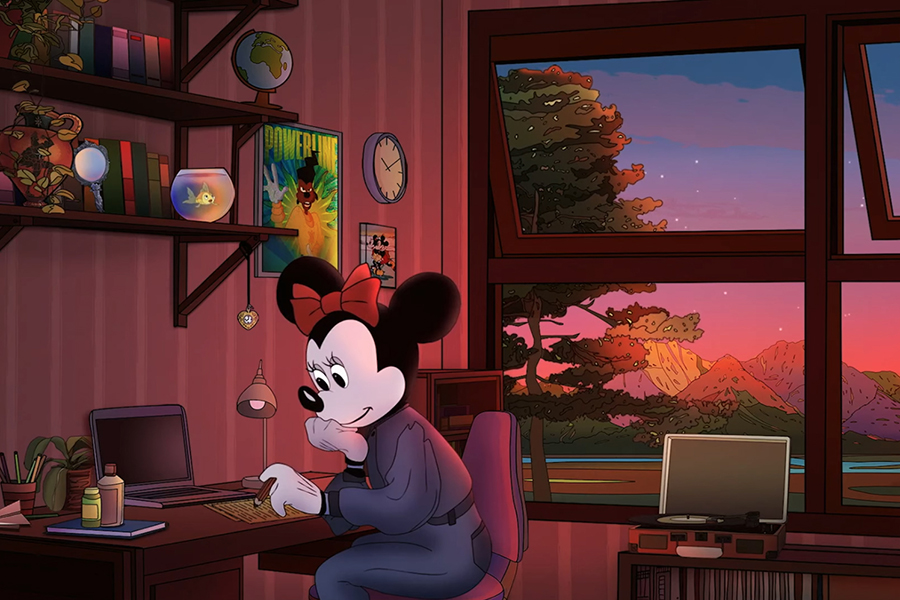 Minnie Mouse has put together an album of covers of some of Disney's greatest hits.
Image: DisneyMusicVEVO / Youtube

If you listen to music online, you've probably already come across the long instrumental tracks labeled "lo-fi hip-hop." This musical genre, born on the internet, keeps winning over hordes of students and workers in need of concentration. But the style also seems to have a fan in Minnie Mouse.
She may be 94 years old, but Minnie Mouse still has her finger on the pulse when it comes to the latest trends. Mickey's girlfriend has put together an album of covers of some of Disney's greatest hits. But here, all the songs have been given a lo-fi hip-hop twist, embracing a sub-genre that's won over millions of music lovers around the world. Minnie Mouse worked with artists like Purrple Cat, Dutch producer Eevee and harpist Hippo Dreams to reimagine songs like "You've Got a Friend in Me," "I Just Can't Wait to Be King" and "Into the Unknown."
These new versions have been reworked in such a way that they can help promote concentration and relaxation—two elements that are particularly sought after by fans of lo-fi hip-hop. Many put these soothing instrumental tracks on in the background because they offer a relatively passive listening experience. In fact, that's the whole point of lo-fi—to encourage productivity—even if extensive musical research on the subject is lacking. Lo-fi, which is short for low fidelity, is a sub-genre that borrows melodies from the jazz repertoire and pairs them with the repetitive beats of hip-hop. This gives listeners a dose of motivation, without being distracted by any words or musical eccentricities.

It would seem that Minnie Mouse identifies particularly with this functional vision of music. "Disney and Minnie Mouse are a natural fit with lo-fi, especially with Minnie's interests in creativity, music, and wellness leaning into lo-fi's penchant for self-expression and its calming meditative properties," said Disney in an official statement, reported by BBC News.
"Lo-fi and Disney are both a great source of comfort, so the two make for a perfect match."
Could it be this very innocence that made lo-fi so popular on the internet? Chances are, it's contributing to it. YouTube channels specializing in lo-fi hip-hop often use images inspired by cartoon and manga aesthetics to create a comforting sonic (and visual) environment.
This is reflected in the famous Lofi Girl. This young student revising has quickly become the symbol of this musical sub-genre. So much so that the ChilledCow channel, which had chosen the character to embody its identity, changed its name to Lofi Girl.
Minnie Mouse hopes to become the new face of lo-fi hip-hop with her album, "Lo-fi Minnie: Focus." Disney's flagship character is turning to music a few months after she revamped her wardrobe for the 30th anniversary of Disneyland Paris. After years of wearing polka-dot dresses, Minnie treated herself to a pantsuit designed by British designer Stella McCartney.
A few years earlier, she had already paraded in a Lanvin haute couture dress specially made by Alber Elbaz in the Disneyland Paris park. In fashion as in music, Minnie Mouse has always liked to pop up where you least expect her.