After a strong start at the beginning of the 2010s, the sector has picked up momentum over the last few years, both in terms of reconditioned models that can be put back on the market, and in the recycling of plastics and rare metals that go into their manufacture 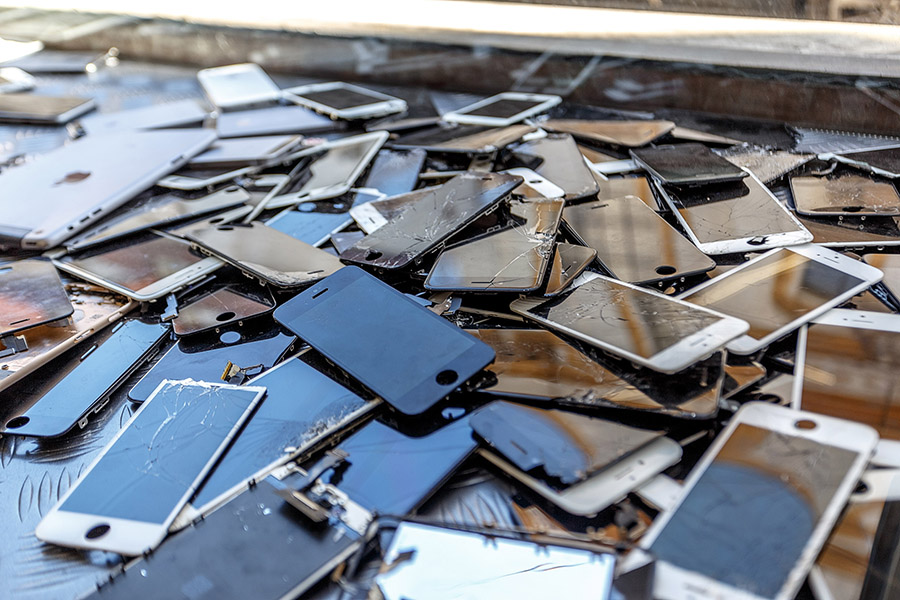 According to Persistence Market Research, 11 percent of smartphones sold worldwide are reconditioned models, a lower rate than other electronic products but one that is nevertheless rising.
Image: OSDG / Shutterstock

Smartphone manufacturers have promised to do better when it comes to recycling and reconditioning their product, responding to pressure from environmental campaigners.

AFP talked to delegates at the Mobile World Congress in Barcelona to find out how much progress had been made, and what more could be done.

Where does the market stand?

After a strong start at the beginning of the 2010s, the sector has picked up momentum over the last few years, both in terms of reconditioned models that can be put back on the market, and in the recycling of the plastics and rare metals that go into their manufacture.

According to Persistence Market Research, 11 percent of smartphones sold worldwide are reconditioned models, a lower rate than other electronic products but one that is nevertheless rising.

That upward trend is due to "improvements in the methods of repairing smartphones, grading, collection, and online/offline selling", said PMR.

"More and more players are putting recycling programmes in place because of the regulatory pressure and pressure from consumers," said Thomas Husson, principal analyst at Forrester.

"We are still at low rates, but it is starting to take off," he added.

But that progress is not enough for environmental activists.

"Of all the electronic waste only 20% is recycled, when in reality we could recover much more," said Claudia Bosch of the Catalan social justice campaign group Setem.

"We could do a lot more," said Bosch, one of the organisers of the Mobile Social Congress, running in parallel with the main event, which is focussed on human rights issues and sustainability.

Who are the players?

A lot of companies have sprung up over the past few years and moved into the recycling market.

They include Back Market, which sells refurbished electronic goods; Fairphone, which makes what is says is the world's most repairable smartphone; and Recommerce, which sells reconditioned smartphones, tablets and games consoles.

Now even the major players in the smartphone industry are entering this part of the market. Apple and Samsung have both committed to growing their share of recycled products and now have their own recycling operations.

"The capacity to recycle smartphones has become an important factor for all manufacturers, but also for operators," said Husson.

"Their image is at stake and everyone is trying to set themselves apart."

Thus at Barcelona, British network provider Vodaphone announced a partnership deal with Recommerce for the recycling of its old models.

And last year, French operator Orange committed to raising the share of reconditioned phones sold in its shops from 2-10 percent.

What are the prospects?

Industry analysts expect the sector to see strong growth on the back of growing demands from consumers for "green" products. The slowing rate of truly innovative features in smartphones also makes the reconditioned market more attractive.

Industry analysts Mordor Intelligence expects the reconditioned smartphone market to grow 10 percent a year from now until 2027, with a breakthrough in the Asian market, particularly in India and Indonesia.

What is holding the market back?

Even if analysts are optimistic, there are a number of obstacles in the way, including technical issues, such as the collection of waste.

For if recycling is to be effective, there needs to be considerable organisation behind it, said Husson.

But other issues may make consumers hesitate.

"More and more reconditioned telephones are sold with guarantees," said Husson. "But there is always concern among consumers, who have doubts over the performance of the product.

And the commercial practices of the manufacturers and the operators themselves do not always favour the reconditioning market, argues Bosch.

"There is a culture of consumerism which is constantly bombarding us with new offers, new innovations...

"There is a great deal of marketing that pushes us to throw things away, to change them for new ones."

That aggressive marketing is something of a paradox given the attempts by the main market players to promote an environmental message.

"If we really care about the planet, we have to focus on the durability of the product," said Husson.

But that, he added, went against the dominant economic model, in which manufacturers get consumers to regularly replace their phones with new models, a practice often subsidised by the operators themselves.

Tweets by @forbesindia
To her, with love: From Licious' Simeran Bhasin to HCL's Srimathi Shivashankar, a shoutout to inspirational women in their lives
Photo Of The Day: India makes it easier to get your pets from Ukraine