Right to repair: A movement that's good for the environment, and your finances

From the United States to Europe, pressure is mounting on manufacturers around the world to give consumers the right to repair their own electronic devices 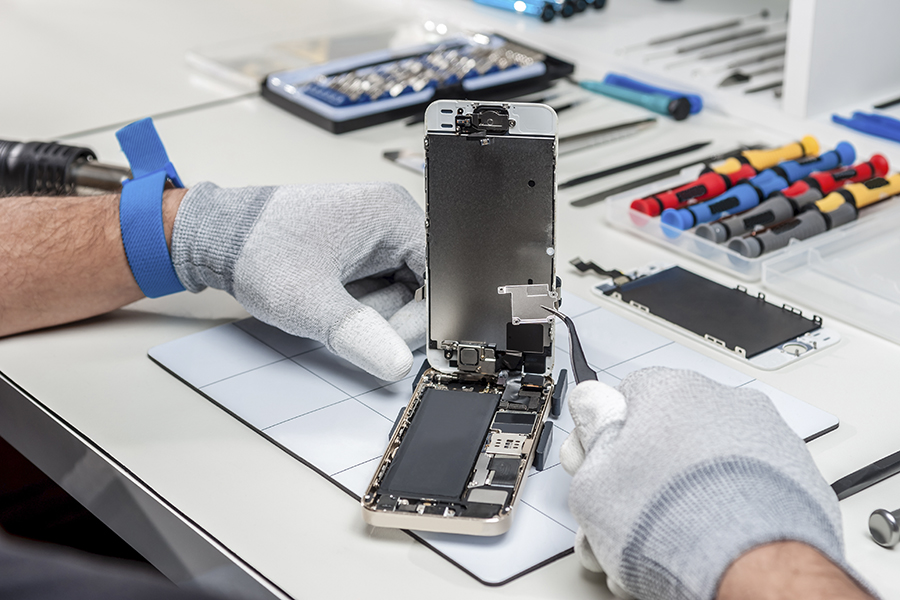 As of July 1, 2021, in the United Kingdom, manufacturers of electrical appliances are obliged to make spare parts available to their customers. However, the law gives manufacturers two years from July 1 to bring themselves up to date. The current legislation only covers dishwashers, washing machines, refrigeration appliances, televisions and electronic displays. And no, electronic displays does not include smartphones, tablets and computers! In addition, manufacturers must be able to repair any device that is 10 years old or less, since coming onto the market. At the moment, many companies only offer repairs themselves or through authorized repair partners, usually in return for a lot of money and long wait times.

This right to repair has been the subject of much attention in Europe, but also in the United States. In February, the European Commission announced its intention to set up a system to allow the repair of smartphones, tablets and laptops. On July 9, US President Joe Biden signed an executive order asking the Federal Trade Commission (FTC) to establish rules to allow consumers to repair their electronic devices under their own conditions. These rules are intended to boost competition in the US economy.

Could sharing information compromise intellectual property?
In response to this executive order, American companies say they fear for their business. They argue that sharing information in this way would violate the intellectual property of their products. The other main argument is that independent repairers could be harmed when attempting to repair a product or by using it after a faulty repair.

Consumers are more enthusiastic about the ecological impact of these proposals. For many, increasing the lifespan of devices by allowing people to make simple repairs, it is better for their finances and for the environment. Replacing a smartphone battery or a laptop screen could be done from home, instead of consumers buying a new device. In addition to being able to repair the objects we own, this would reduce electronic waste, which is a significant burden on the environment.

Steve Wozniak, co-founder of Apple, spoke out on the subject in a recent Cameo video, reports CNN: "It's time to recognize the right to repair more fully," he said in his video message. "Back then, when you bought electronic things like TVs and radios, every bit of the circuits and designs were included on paper. Total open source," he said. "If you know what you're doing, you could repair a lot of things at low cost. But it's even more precious to know that you did it yourself."

The right to repair electronic products in their entirety is a real ecological and economic issue. For years, tech giants and manufacturers have been doing everything to prevent consumers from being able to repair their products, instead favoring the purchase of new devices. Could it be the end of an era?

Tweets by @forbes_india
Turning men into gentlemen: How The Man Company is breaking masculinity stereotypes
Wes Anderson: The man who made his own film industry