Turning men into gentlemen: How The Man Company is breaking masculinity stereotypes 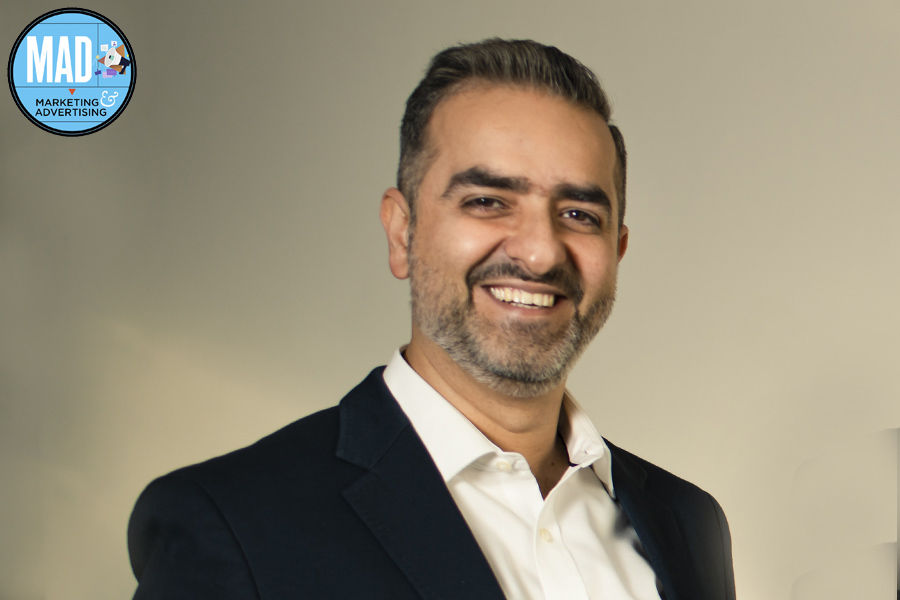 In early 2013, cracks began to appear in the facade. ‘He Man’ was supposed to lead from the front. Well, Hitesh Dhingra stumbled on to something that turned the perception upside down. “Men didn’t know how to take the conversation ahead,” recalls Dhingra, who was then co-founder of dating app TrulyMadly. The serial entrepreneur, who started online electronics retail venture Letsbuy in 2009, noticed something weird in the behaviour of his dating app users. Men and women would have a promising start, but the engagement would soon fizzle out.
The reason was startling. Men did start a conversation, but didn’t know how to hold on to it. This was the observation of around 72 percent of the women Dhingra reached out to. There was another stunning disclosure: Most of the men that came on video call were not properly groomed. For Dhingra, the conclusion was simple: Men needed a lot of hand-holding. A man was not ‘He Man’.

Two years later, Dhingra had a tryst with another aspect of men: ‘The’ Man. When in September 2015 he co-founded The Man Company—a men’s premium grooming startup—the imagery of a man had undergone a masculine shift: From ‘He’ to ‘The’. The attributes of ‘The’ man perpetuated by Bollywood and TV commercials of personal care brands ranged from six-pack abs and bulging biceps to staying clean-shaved. Whatever little was left to imagination was exhibited by sleazy advertisements by a pack of deodorant, skincare and men’s whitening brands. “I didn’t want my brand to convey the message that ‘deo lagao ladki aayegi (wear a deo to attract girls)’,” recalls Dhingra, who rolled out a head-to-toe range of products.
Back in September 2015, Dhingra started a new innings with shampoo, face and body washes. The focus was on offering high-quality products along with differentiated packaging. One of the strong pillars of branding, he explains, is the packaging. The Man Company focussed on creating an aspirational and classy packaging. “We wanted men to graduate from spending Rs 100 to Rs 150 on a face wash to Rs 300 to Rs 350,” he recalls. 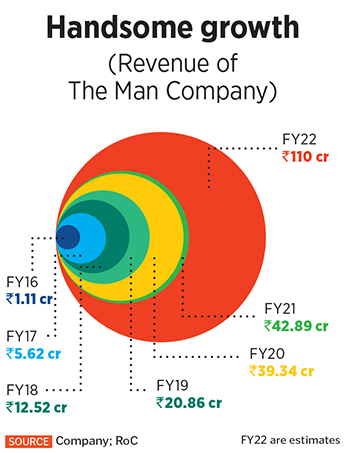 In a segment where most of the brands didn’t have any stickiness, Dhingra started hunting for his set of loyal customers by rolling out functional products with emotional appeal. He started talking to men, which again was weird because the incumbents in the men’s grooming segment fine-tuned their communications based on the prevalent notions and definition of man and manliness. Dhingra shunned the herd mentality. He was listening to his users, and the men were slowly talking about their needs and products.
Six months later, Dhingra rolled out a beard oil, and with it came another moment of truth and realisation. The product got a massive response from Tier II and III towns across Kerala, Punjab and Haryana. There was a problem, though. People thought beard oil will help them in growing their beard. ‘Kitne paani ke saath peena hai? (How much water has to be mixed with it and consumed?)’ was the response. Men thought, Dhingra recalls, the beard oil is something similar to homeopathy medicine.
The conclusion was simple: Men needed education. Along with the product, The Man Company started sending out small leaflets in multiple regional languages such as Malayalam, Kannada, Punjabi and Hindi. The idea was to teach men how to use the product. The outreach worked. From a paltry Rs 1.11 crore revenue in FY16, the numbers leapfrogged over 11 times to Rs 12.52 crore in FY18. Also, consumer goods major Emami invested in the startup in December 2017. 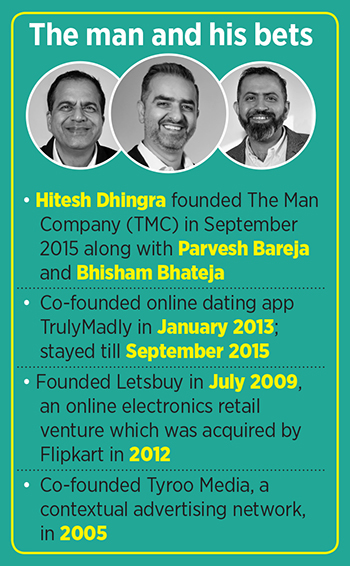 Two years later, entered the gentleman. Actor Ayushmann Khurrana invested in Helios Lifestyle, the company behind The Man Company, and became the face of the brand. The Man Company rolled out a bold campaign titled ‘Bring out the gentleman in you’. Dhingra was taking a huge gambit by trying to change the discourse and definition of a man, and a gentleman.
Though the risk was worth taking, Dhingra had done his homework before taking the plunge. In a study done in 2017, The Man Company tried to find out how consumers perceived the brand. The survey came up with a few keywords that users related with the brand: Authenticity, aspirational and innovative.
What Dhingra also realised was that a ‘gentleman’ was no longer the conventional man who wore suits and ties, and was clean-shaven. “Even a 25-year-old with stripped jeans, and untidy beard could be a gentleman,” he says, adding that the ‘tag’ was also not tagged with any particular profession. What mattered most was the fact that the values of a gentleman remained the same: Honesty, authenticity, ambition and affection. “It’s okay to be vulnerable. It’s okay to have whatever sexuality you want to have,” he says. “Mard ko bhi dard hota hai (men also feel the pain),” he smiles.

The Man Company, reckon marketing and branding experts, made a smart move by staying away from toxic masculinity in its communication and positioning. “It needs courage to not follow the herd,” says Ashita Aggarwal, marketing professor at SP Jain Institute of Management and Research. Look at its communication. Take, for instance, the Women’s Day campaign in 2019. Titled ‘Women’s Day or not, be the Gentleman you are’, the brand underlined that gentlemen take care of women every day. “It’s not tied or confined to any occasion,” she says. The same year, the brand rolled out another campaign with a differentiated messaging. “They made men realise that it’s okay to be vulnerable, and be one with flaws,” she says.
Dhingra, for his part, adds another quality of a gentleman: Somebody who accepts and rectifies mistakes. The pandemic exposed the vulnerable side of The Man Company, which used to get over 45 percent of its revenue from offline channel: Modern trade. “With the lockdown last year, straight away 45 percent of our business got wiped out for the first six to eight months,” he rues. There was a learning. The brand aggressively ramped up its online play and ended FY21 at Rs 42.89 crore. Last month, Emami hiked its stake in The Man Company to close to 46 percent. For the next fiscal, the brand plans to double sales at Rs 110 crore. A gentleman, he lets on, is aware of his weaknesses, and tries to work on them. “That's the brand we want to be,” he signs off. A gentleman’s brand playing a gentleman’s game.

Tweets by @forbesindia
Trump Organization strips CFO Allen Weisselberg of roles after indictment
Right to repair: A movement that's good for the environment, and your finances