Founded in 2015, the direct-to-consumer brand began with serving up products for beards, before evolving into a full-stack men's grooming company. Its pace of growth caught attention, leading to an eventual buyout by Marico 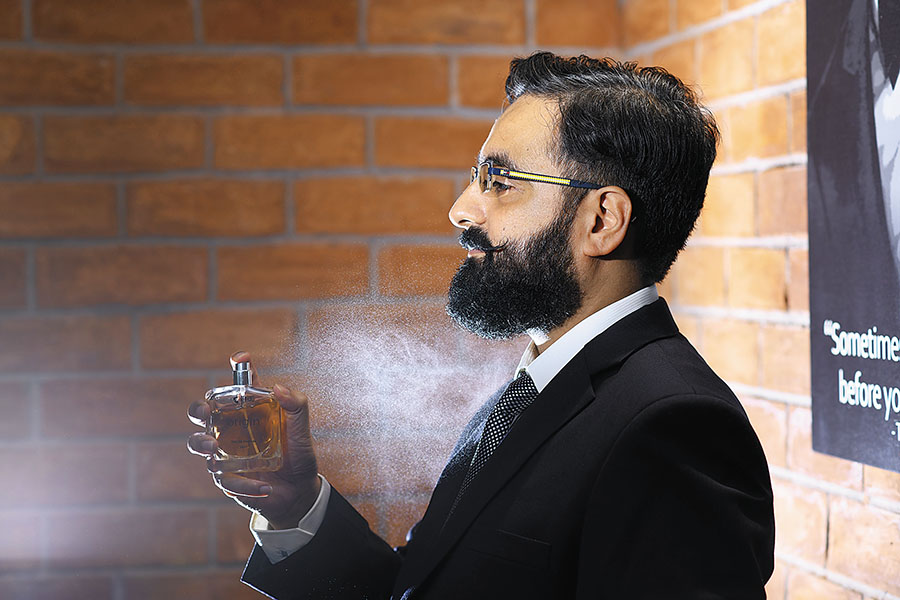 Three years back, when Anurag Sinha wanted to sport a beard like Indian cricket captain Virat Kohli, he knew how to start. “You not only need to grow it, but also groom it,” says Sinha. The commerce undergrad student in Ranchi University also knew where to start: Online. “Neither salons nor any store had such products,” recalls Sinha, who bought a beard hair oil and wax from Beardo. “Now I also use Dark Side, the perfume brand by Beardo,” he says.

On the brighter side, markets and millennial consumers in Tier II cities and beyond were warming up to brands that were reaching out to shoppers directly. Founded by Ashutosh Valani and Priyank Shah in 2015, Beardo started as a direct-to-consumer brand offering products for beards, and gradually evolved into a men’s grooming company. The evolution and pace of growth caught the attention of consumers, and buyers. FMCG major Marico picked up around 45 percent stake in the company in 2017. In early July, it acquired the rest of the equity. “This (investment) is in line with our emerging focus of venture investments into startups to incubate new engines of growth,” Saugata Gupta, MD and CEO of Marico, said after the initial investment.

Beardo now gets over half of its revenues from Tier II and beyond. And the brand clocked a gross revenue of ₹104 crore in the March-ended fiscal 2020. “Now close to 70 percent of the business comes from other categories except beard,” says Sujot Malhotra, chief business officer of Beardo. Malhotra, who has spent over 14 years in Marico, contends that, in spite of acquisition, the nature of the entity won’t change. “We will continue to be digital-first,” he says. “There is enough and more for us to grow, in online and offline.”

With an offline Goliath—Marico—now in the driver’s seat of an online venture, will it be a different ride? Malhotra explains the dynamics. Marico, he shares an analogy, is like a truck. Whatever be the weather, and business landscape, the truck keeps moving. A startup like Beardo, Malhotra points out, is like a bike: Graceful, fast and nimble. It can navigate through busy traffic and reach its destination. But, during challenging times like Covid, startups get disrupted, primarily because of the absence of deep pockets. Now if you put the bike on a truck, Malhotra reckons, the bike will keep rolling even during the crisis. Post-buyout, Marico is keeping the core team of Beardo intact. “Everything from the team to operations is being kept independent,” says Malhotra. “We are here to learn and grow together.”

One of the learnings that Marico is planning to leverage on is the offline presence of Beardo. The brand, which is present across 10,000 salons, would now get visibility in modern trade as well. “We are expanding our footprint to other channels,” Malhotra informs, adding that the core still remains online. Recently, the startup rolled out an online loyalty programme titled ‘Beardo VIP Club’. The idea is to build a community, and keep expanding it. Digital-first models communicate with users one-on-one. “It has led to the age of personalisation and individualisation,” he says, adding that the consumers now want to be heard. The direct to consumer companies have a radically different paradigm as contrasted with offline FMCG firms.

Over the last few years, the legacy companies have been trying to have a deeper skin in the game of talking to, and serving, millennials. And the best way is to buy a startup. Take, for instance, Unilever’s move to acquire Dollar Shave Club reportedly for $1 billion. The US-based startup sells razors and blades directly to consumers via online subscriptions.  Back home, in February, Wipro Consumer Care Ventures—the venture capital fund of Wipro Consumer Care and Lighting—picked up a minority stake in online shave and grooming startup LetsShave.

Sumit Keshan, managing partner at Wipro Consumer Care Ventures, reckons that a tectonic shift has taken place in the business landscape over the last five years. Earlier, it used to take 10 or 15 years to build a brand. The brands used to address a large population, and mass marketing was the only weapon to reach out to their target audience. The method was expensive, entry barriers were high, and room for error was minimum.

A sharp disconnect started post 2015. New-age startups—armed with technology and consumer insight, and aided by smartphones and low-cost data—started building brands by finding their niches. “Most of them started hitting ₹100-200 crore in five years, which is fantastic,” says Keshan, adding that the spend of these startups would be just a fraction of what legacy companies would have invested to churn such numbers.

What also helped the online brands was a trial and error method to create a product or service for the consumer. So if a product is not working, the new-age entrepreneurs would go back to the consumer to find out the missing link and fix it. The era of one-size-fits-all was over. Another factor that aided in the proliferation of such brands was high investor interest, which was largely missing or muted before 2015.

Wipro Consumer Care’s tryst with direct to consumer brands goes back to 2017 when the maker of Santoor and Chandrika soaps picked up a stake in Happily Unmarried, a consumer products company that also had male grooming product brand Ustraa. Now Wipro Consumer Care Ventures owns a little over 20 percent stake in the company. Keshan points out that now 50 percent of the revenue of Ustraa, which was 100 percent online, now comes from offline.

The pandemic and the lockdowns have reinforced the importance of online-first brands. Almost 35 percent of urban shoppers, contends Keshan, have increased their online purchases; around 30 percent bought additional categories. “The behaviour is here to stay,” he says.

Malhotra too is bullish on online play. “Beardo has had a fantastic run and is here to grow,” he says, adding that it has been clocking 100 percent CAGR over the last few years. The beauty of the brand name, he adds, opens up so many new categories to explore. “Beardo is a statement. It’s a personality,” he says. “Tomorrow we can introduce Beardo jackets or condoms or anything that a man uses. The possibilities are endless,” he says.