What a beauty! How Mamaearth ambushed Purplle 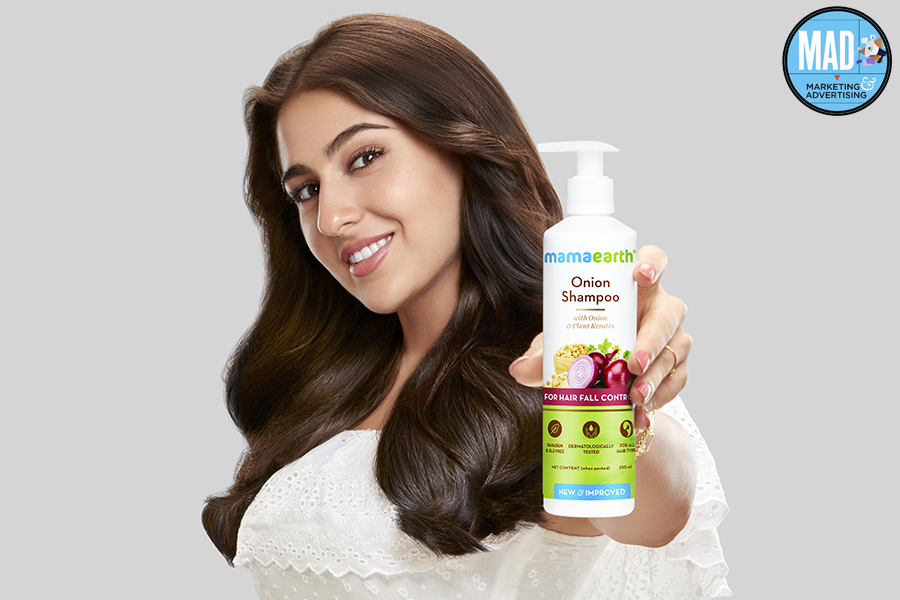 Purplle had the first-mover advantage. In January this year, the online beauty platform roped in actor Sara Ali Khan as the face of the brand, and rolled out its ‘GoPurplle’ campaign. The excitement of having the actor as endorser was palpable. “We are delighted to have Sara as the face of Purplle,” Manish Taneja, co-founder and CEO of Purplle, reportedly said at the time of the launch. “She exemplifies the confidence and determination of a strong new-age woman,” Taneja underlined. The brand ran TVC for over a month, and then went on mute.
After three months, Mamaearth had the last-mover advantage. Khan–who still exuded the confidence and determination of a strong new-age woman–was roped in by the direct-to-consumer personal care brand. There was a catch, though. Mamaearth signed on the actor only for hair care products. Understandably, the brand was pepped up to have a ‘strong millennial icon’. “We are a brand founded by millennials for millennials. Sara’s is a voice that the youth resonate with,” Ghazal Alagh, co-founder of Mamaearth, said in a media release. The brand bombarded viewers with a beaming Sara endorsing the hair care range with her mother. Mamaearth stayed relentless over the next two months and continued to aggressively air the commercial on TV.

The result of the face-off is startling. Khan, by de facto, seems to have become the face of Mamaearth, and not Purplle, reckon marketing and advertising experts. “It’s a classic case of ambush marketing, but with a smart twist,” says Harish Bijoor, who runs an eponymous brand consulting firm. Though ambush marketing is an old science, when it comes to the new-age categories—which are digital oriented—it takes on a different form.
Bijoor explains. The brand with more money, and aggressive intent, is able to twist the story more to its benefit. Mamaearth, he stresses, made the most of the loopholes of the brand endorsement deal. Though Khan was still the face of Purplle, Mamaearth was smart enough to have her only for their hair care range. “They smartly hijacked her face,” he says, adding that it hardly makes a difference if Purplle happens to be a beauty platform and Mamaearth a beauty brand. The very fact that there is a very close semblance and category overlap—beauty—makes it imperative to have a different face for each brand. “The one who comes later has the ability to step on the shoulders of the one who came first,” he adds.
Mamaearth and Purplle didn’t reply to an email sent by Forbes India.
Mamaearth was also smart enough to make the most of the last-mover advantage. “Usually, being the last one in anything is a baggage,” says Ashita Aggarwal, marketing professor at SP Jain Institute of Management and Research. But at times, she underlines, entering last into a category or being the last one to hop on to a bandwagon comes with its perks. “Who cares if Khan is endorsing shampoo,” she says. The fact that Khan is seen with the branding of Mamaearth gives an impression that she is the face of the brand.
Now, this is what it means to strike a purple patch at somebody’s expense!

Tweets by @forbesindia
As a woman with disability, I have to constantly prove myself despite being a world champion: Manasi Joshi
China's Tencent turns to facial recognition to snag late-night child gamers