Beauty and the beast: How Mamaearth clocked 400% growth amid Covid-19

Mamaearth struggled with a big question—would it have to shutdown as the coronavirus outbreak quickly turned into a monster? This is the story of how the personal care brand not only survived but thrived during the pandemic 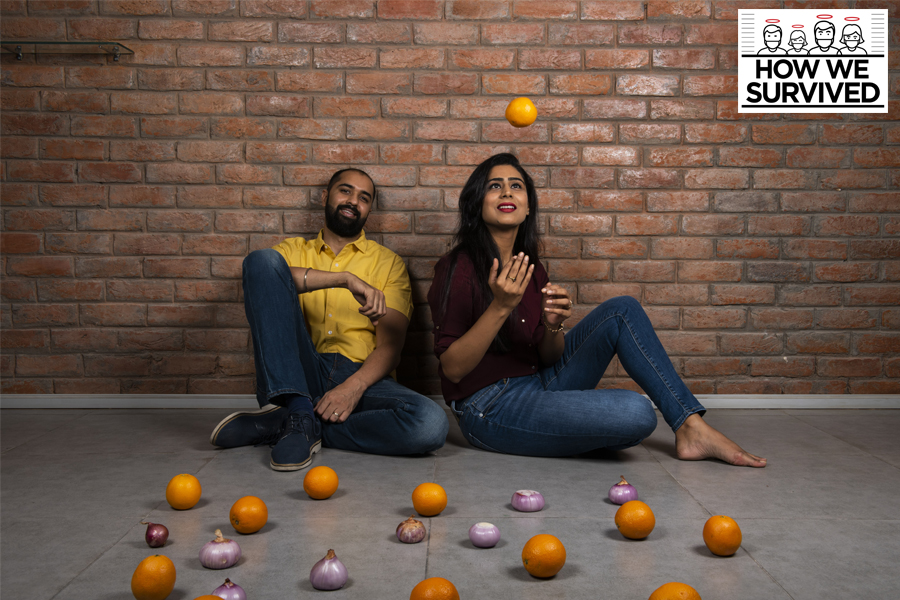 Varun and Ghazal Alagh, the co-founders of Mamaearth, at their corporate office in Gurugram; Image: Amit Verma

In early March 2020, Varun and Ghazal Alagh had two big reasons to exude childlike excitement. First, the babycare product startup had completely transformed into a personal care brand in four years. Second, the venture had grown six times in 12 months. From Rs16.8 crore of operational revenue in FY19, Mamaearth was set to cross Rs100 crore a year later. “We were quite excited to enter the new financial year,” recalls Varun, co-founder of Mamaearth, which raised around Rs130 crore last January, making it the biggest funding round for an internet-first consumer company in India. Then came the pandemic, lockdowns, and a twist in the tale. “We thought our dream run was coming to an end,” says Varun. “The pandemic was fast turning into a monster,” chips in Ghazal. There was widespread uncertainty, warehouses shut down and operations came to a halt. The first silver lining, though, emerged after a few days. Babycare, and other segments, were included among essential commodities in April. As the co-founders started taking baby steps towards restarting operations, the big question was: Can Mamaearth survive the pandemic? The couple, along with the team, started hunting for growth triggers.

Almost a year later, growth seems to have come in style, with operational revenue almost trebling in nine months over the previous 12 months—from Rs109.7 crore in FY20 to Rs300 crore in December. By mid-February, Mamaearth had a top line of Rs500 crore. The icing on the cake has been the bottom line. From a loss of Rs5.9 crore last fiscal, the brand is set to post its maiden profit. Varun decodes the magic. The inspiration to fight the pandemic beast, he lets on, came from Formula One legend Ayrton Senna. ‘You can’t overtake 15 cars in sunny weather, but you can when it’s raining’, the Brazilian racing ace once remarked. The pandemic was like rain for Mamaearth.    Varun explains. During the early months of the lockdown, when offline retail remained shuttered across the country, consumers had no choice but to shop online. A quick adoption to the digital way of life meant two things for the direct-to-consumer brand. First, the less-cluttered online space gave it a head-start over its offline rivals who were still grappling to put together an ecommerce strategy. Second, a massive surge of new buyers started coming from Tier II and beyond. This called for an urgent need to recalibrate the offline strategy. Varun stepped on the gas from last July. From an offline footprint of some 3,000-odd stores, the brand ramped up its presence to over 10,000 stores. A simultaneous move to aggressively increase the headcount complemented the offline strategy. From over 100 employees last May, Mamaearth now has over 250 on its rolls. “We gave increments, performance bonus and kept hiring,” says Varun. The move paid off. A fifth of sales now come from brick-and-mortar. A beefed up offline play was amplified by tying up with television reality show Bigg Boss. Beamed across the country, the brand was propelled onto the national stage. “There was no point getting into small advertising or marketing activities,” says Varun. “We had to play big, and nothing bigger than Salman Khan and Bigg Boss,” he says. The idea, though, indirectly came from his young team who kept on talking about the impending season of Bigg Boss in August.

The silver bullet, though, was yet to come. Mamaearth rolled out a wide range of Vitamin C and turmeric-laced face washes, face serum and skincare products. “It changed the game for us,” contends Varun. “They started selling like hot cakes and are still ruling the bestseller charts.” For a startup that had embraced the unique selling proposition of selling toxin-free products, Vitamin C turned out to be the booster dose during the pandemic year. “We kept innovating, and this one clicked,” adds Varun. The backers, who have pumped in around $23.3 million in Mamaearth so far, are equally excited with the growth. VS Kannan Sitaram explains the method in the madness. “The growth in the pandemic year has not come by accident,” avers the venture partner at Fireside Ventures, one of the early backers of Mamaearth. A lot, he adds, has gone into the brand over the last four years, and the results are now visible. “It’s just that they were well-positioned to take advantage of the pandemic.”

Sitaram lists three solid pillars of growth built by Mamaearth. The first, and the biggest, is the team. “When you have a good team, other things start falling into place,” he says. The second big pillar is focus on the brand. While most startups focus on revenue, valuation, and all the arithmetic of unit economics—which is sound business hygiene—in a consumer business, what also matters is building a valuable brand. The co-founders, Sitaram says, have been quite focussed on what the brand is about. “The brand has continued to evolve with the changing needs and tastes of consumers,” he says, adding that rolling out innovative products last year reinforces the agility and nimbleness of the brand.   For Mamaearth, the third piece of the action plan was to crack the go-to-market strategy. When Mamaearth started in 2006, Sitaram recalls, Amazon was a big port of call, and they also had a tiny offline presence. But it was almost negligible… consumers didn’t know the brand, and there was no pick-up from retail outlets. “So the offline part was further scaled down,” he says. Over the next few years, as the brand grew in scale and popularity among the online channels, the awareness quotient of the brand leapfrogged. “A loyal consumer base started developing, and demand from offline channels started swelling,” he says. Beefing up the offline presence helped develop an omni-channel strategy. “Consumers will shop where they want to shop,” he says. The brand was present at the right place and at the right time. Having entrepreneurs who are focussed to build a profitable business also helped. “Varun is not there to burn money. He wants to build a solid, profitable business,” says Sitaram. Though marketers are impressed with the performance, they sound a word of caution. The brand should not become lax on the quality front. “It is crucial for them to know that the reason consumers trust the brand is their promise of ‘toxic-free’ products,” says N Chandramouli, chief executive officer of TRA Research, a brand rating and consumer analytics company. The success story is already like a dream run. Their certified toxic-free FMCG products have found a sweet spot among consumers. The startup, he underlines, must ensure that there are enough clinical tests done for each of their products to help maintain their ‘toxic-free’ image. Clearly, Mamaearth has to keep walking the toxic-free talk.