From invisible to visible: How Durex became the second biggest condom brand in India by value

With new products and wacky campaigns, the brand has managed to make condoms a pull rather than a push product 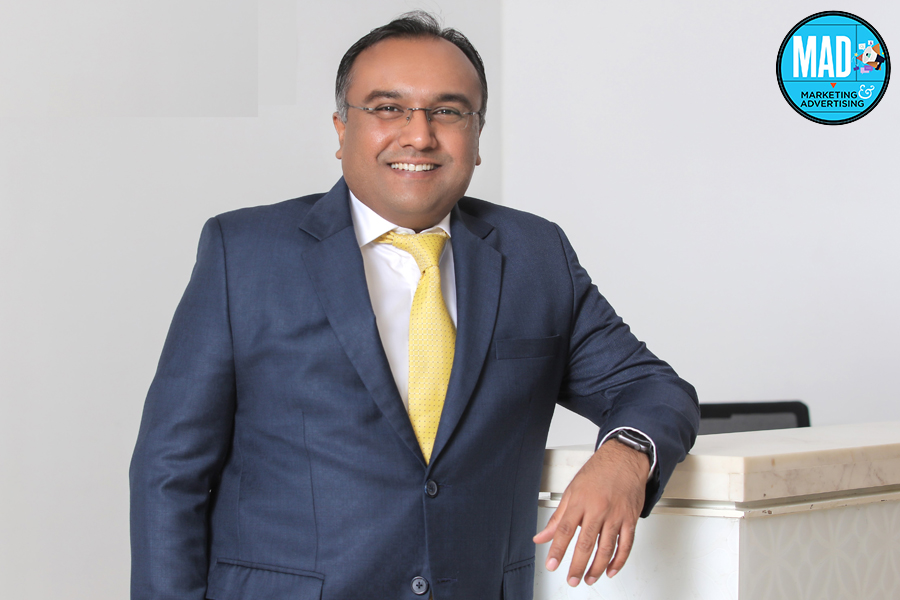 Six years ago, Durex was almost invisible. In fact, it was so thin in presence that rivals, and consumers, thought that the world’s biggest condom brand was not even present in India. The Reckitt-owned brand had a dinky market share by volume: 1.4 percent. Compare this to the top five in the pecking order: Manforce had a thumping 32.4 percent; Moods cornered 12.7 percent; next came Skore with 10.3 percent; fourth was Kamasutra with 8.2 percent, and then stood Kohinoor with 7.4 percent. Durex looked petite in 2015.
Next year, Durex still remained almost invisible with 1.7 percent market share. A year later, in 2017, it launched ‘Jeans,’ and continued with its hiding act. A pack of two johnnies, endorsed by actor Ranveer Singh, was the slimmest pack rolled out by Reckitt. ‘The packet disappears in your jeans pocket’ was how the brand advertised it. The brand became the butt of jokes among its rivals. ‘It’s already invisible in the market, and now it disappears in your pocket’ was how the chief marketing officer of a rival brand mocked it. “Condoms in India,” he told this reporter then, “are sold by chemists. It’s a push, and not a pull, product.”

Unfazed, the spunky brand continued pushing its wacky campaigns, which helped it notch 2.8 percent market share in 2018. The following year, it launched a new product—Durex Mutual Climax—and rolled out a campaign talking about the epidemic of stigma around female sexuality. #OrgasmEquality started trending on social media. Reason: Durex engaged women. So far, condom brands depicted women as an object of desire in their advertisements. Sex was meant to be a ‘man’ thing, and women just happened to be a part of the act. In a first in India, Durex started changing the narrative by talking to, and about, women. “We launched Durex Mutual Climax to bridge the orgasm gap,” says Dilen Gandhi, regional marketing director, South Asia (Health & Nutrition), at Reckitt. Seventy percent of women, he points out, don’t orgasm during sex. Though the campaign became the talk of the town, the brand was still in the blind spot of its competitors. To them, it was still invisible.
Next year, in October 2020, Durex took its invisible act seriously and rolled out ‘Invisible’—the thinnest condom in India. The tagline read: ‘It's so thin that it’s almost invisible!’ The same year, it rolled out a bunch of quirky digital campaigns during the lockdown urging people to stay at home. ‘The longer you stay in, the better you perform’ read one of the creatives.

Cut to 2021. Durex scores high on visibility. It pips Kamasutra to become the second biggest condom brand in India during the first quarter of this year by posting 13.8 percent in value market share. In terms of volume, it is the fifth-biggest with a 5.9 percent share (see box).
Gandhi explains what made Durex conspicuous. “Durex aims at creating products designed to meet consumers’ unmet needs,” he underlines. Consumers are looking for more from condom brands than just protection. The brand, he lets on, has addressed the need of the users by giving them products that neither hinder sexual pleasure nor compromise on contraception effectiveness. “We have been creatively driving conversations through relatable content to engage and win the trust of consumers,” he adds.
The biggest factor, though, that helped Durex crack the India market was its brand positioning. “It was never a condom brand. It pitched itself as a sexual wellness brand,” says Ashita Aggarwal, marketing professor at SP Jain Institute of Management and Research.

This proved to be a great differentiator. While most of the brands in the segment continued to objectify women in their communications, Durex started reaching out to women. It amplified tabooed topics such as women’s orgasms, communicated lucidly that sexual pleasure is a mutual act and not a one-way traffic, and focused on sexual empowerment and awareness of both men and women. The use of digital as a medium helped in making its quirky and cheeky campaigns go viral. “As a result, the brand stayed on top of the mind, which means greater recall and higher sales,” she adds.
Apart from peppy campaigns, what also helped Durex in beefing up its market share was making condoms a brand. For decades, condoms have been more of a commodity pushed by chemists. The company paying the biggest margin to retailers managed to get its product peddled. Durex disrupted the sales mechanism. “It created a pull. Consumers asked for the brand,” says Aggarwal.

Cracking the distribution piece also helped in greater visibility. In its first quarter earnings call this year, Reckitt underlined that Durex gained strength in terms of availability at stores. “In India, where we used to be at 75,000 [stores], we’re over between 105,000 and 110,000 right now,” the company pointed out.
Though distribution has been scaled, the store count is still miniscule when contrasted with Manforce. While India’s biggest condom player is available at over 2.45 lakh stores, the third biggest—Kamasutra—has a presence across 1.38 lakh stores. “That’s the next big challenge for Durex,” says Aggarwal. “It has to spread itself wide if it wants to top the volume chart,” she adds. Can Durex do it? Well, it’s time for the brand to ramp up its visible act.
​

Tweets by @forbesindia
'Crucial Time' for cloud gaming, which wants to change how you play
Myanmar's Covid-19 cases are soaring, but generals hold the vaccines