Myanmar's Covid-19 cases are soaring, but generals hold the vaccines

The military's unwillingness to provide details about its vaccination program prompted Covax, the global vaccine-sharing program, to delay a shipment of 5.5 million doses in March 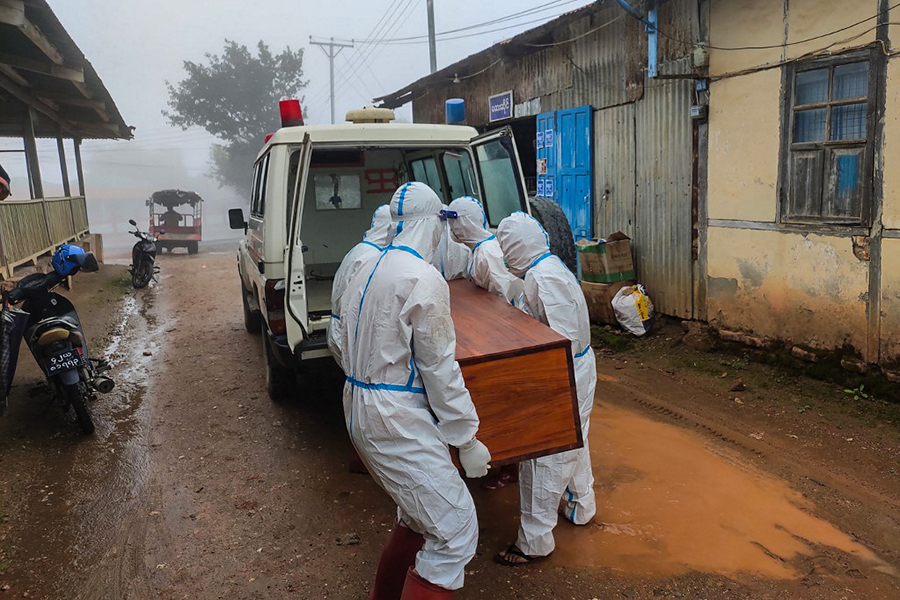 This handout photo from local media group Chinland Herald Daily News taken and released on June 16, 2021, shows health workers in protective gear carrying a coffin bearing a body of a Covid-19 coronavirus patient out of a hospital in Falam township, western Myanmar's Chin state, for burial at a cemetery.

Tweets by @forbesindia
From invisible to visible: How Durex became the second biggest condom brand in India by value
Everyone in the team should be encouraged to think like a leader: KL Rahul