Why Brooklyn-based Prose is betting millions that Americans will fork over $25 for customised shampoo. Then rinse and repeat 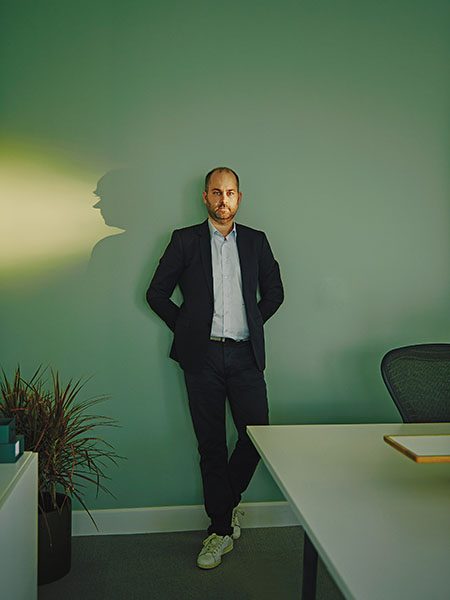 Arnaud Plas’s plan for Prose was inspired partly by the mom-and-pop apothecaries in his native France: “When I went back to Paris, I realised I was seeing the future of the industry.”

Arnaud Plas, co-founder and CEO of Prose, is anxiously awaiting the arrival of a 60-foot, 10-tonne bespoke machine he has spent two years building. Currently in pieces on a boat somewhere in the middle of the Atlantic, en route to Brooklyn from Normandy, France, the enormous new piece of equipment will let him scale his ultra-luxe shampoo company by churning out up to 30,000 custom-mixed bottles a day. Each will cost $25 for 8.5 fluid ounces, around 10 times the cost of the equivalent amount of regular old Pantene.

Prose is on track to hit $50 million in revenue this year, more than triple last year’s figure and above its most optimistic pre-pandemic projections. It also expects to be profitable for the first time next year, helped by a large number of returning customers (55 percent made repeat purchases in the latest 12 months, far above what Plas says is more typically 30 percent for the industry). The company, which has raised $25 million in venture funding, is worth an estimated $350 million.

“We knew that [without the machine] we were a boutique hair care brand in New York, which was not the ambition of the company,” says Plas, 39, who previously worked at L’Oréal. His ambition, instead, is to get big: To turn his budding shampoo company into a major player in the $850 million high-end hair care market.

That’s not out of the question. After all, prior to the pandemic, people were already forking over plenty for expensive hair potions from brands like Bumble and Bumble ($25 and up for eight fluid ounces) and Olaplex ($28 for 8.5 fluid ounces). “Prestige hair has been on fire,” says NPD Group’s Larissa Jensen.

Super-premium products are only a sliver of the roughly $13 billion hair care industry, but the segment has been growing by double digits in recent years and has held steady during the pandemic, while overall beauty sales have tanked.

Plenty could go wrong. There could be problems with Plas’s machine—or, like many beauty brands, Prose could simply peter out as the country settles into recession and fickle consumers move on to the next “it” product.

But Plas, who has spent the better part of his adult life marketing consumer products, is undeterred. He grew up in southwest France, in a small town called Brive-la-Gaillarde. His father worked as a production manager at a factory; his mother was an accounting assistant. As a kid, he wanted to open a bakery. Instead, after getting a master’s degree in marketing from France’s Neoma Business School, he got a job managing a laundry-detergent brand at German consumer-products giant Henkel. In 2010, he jumped to L’Oréal to oversee Elseve, a top hair care brand in Europe. By 2014, he was based in New York as L’Oréal’s vice president of digital and ecommerce strategy.

That’s where he first had the idea to use technology to improve products, rather than simply introduce new ones to grab in-store real estate.

“We would say, ‘We have a shampoo for dry hair, so why not create a shampoo for very dry hair, and it will help increase shelf space with two SKUs at Walmart and Target?’” Plas says. “It’s a hamster wheel.”

He pitched the idea internally at L’Oréal. “They basically told me, ‘Arnaud, you’re not here to disrupt the industry’,” he says.

Frustrated, he left L’Oréal in 2016 and decided to start a business customising shampoos. With Paul Michaux, whom he had first hired as an intern at L’Oréal; Nicolas Mussat, former chief technology officer at real estate firm Meilleurs-Agents; and Catherine Taurin, a top hair chemist in France, he launched Prose in 2017. (Michaux, 30, is now the company’s vice president of product, while Mussat, 40, is its chief technology officer, operating out of Paris. Taurin remains an advisor.)

After a bit of a false start with off-the-shelf software that proved slow and clunky, Prose built its own version. Based on customers’ answers to a detailed 25-question online survey, which asks about hair type, scalp health and even Zip code, the software determines the mixture each individual should get. Prose says it can deliver up to 79 trillion possible formulations using more than 160 ingredients, which range from the prosaic (coconut oil) to the exotic (butterfly pea flower). As with any business that relies on data and machine learning, the more customers who complete Prose’s questionnaire (so far, more than 2 million have), the more information it has to refine its products. Helping retain those customers is Prose’s new subscription business, in which members get 15 percent off and one-on-one styling tips.

Plas argues that those formulations have helped Prose not only attract customers who might otherwise have shopped at beauty emporiums such as Sephora, but also those who previously bought cheap suds like Pantene. More than half its customers traded up from a mass brand, he says—a switch he didn’t expect and that made him nervous until he saw the repeat numbers.

Getting those consumers to keep paying up—especially if the downturn lasts a long time—will be key to building a larger business.

So, too, will Plas’s hopes for expansion beyond shampoo and conditioner. He figures the company could move into related areas first (hair colour, perhaps) and eventually go further afield (to skin care, maybe, or other beauty categories).

“It doesn’t have to be under Prose,” Plas says. “It could be a new P&G—a house of personalised brands.”