The move could be a potential precursor to a wider shake-up at former US President Donald Trump's company, as the reality of the indictment takes hold for Trump and his senior executives 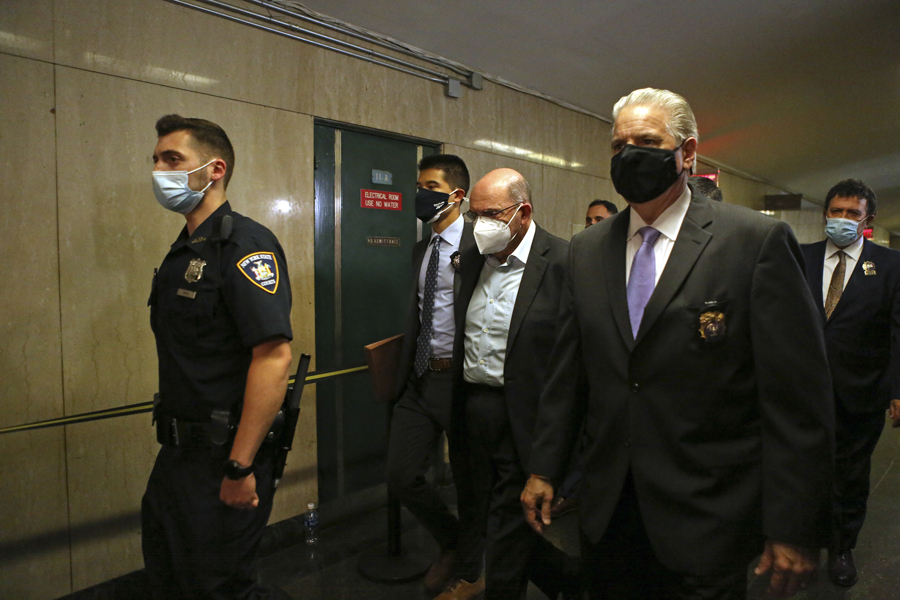 A week after state prosecutors in the New York City borough of Manhattan indicted Donald Trump’s family business and its chief financial officer, Allen Weisselberg, the company began removing Weisselberg from every leadership position he held atop dozens of its subsidiaries, according to a person with knowledge of the matter.

The move could be a potential precursor to a wider shake-up at the former president’s company, the Trump Organization, as the reality of the indictment takes hold for Trump and his senior executives. While Weisselberg continues to work at the Trump Organization, and there is no indication that Trump wants to cut ties with him, the company might seek to move him into a lower-profile role.

The Trump Organization set the change in motion last week as it began to erase Weisselberg’s name from subsidiaries or corporate entities affiliated with him, the person with knowledge of the matter said, and public records Monday reflected that he was no longer linked to at least 20 Trump companies incorporated in Florida. As the records are processed in other states in the coming days and weeks, the full scope of his removal will come into focus.

The decision to remove Weisselberg, who has faced mounting pressure from prosecutors to turn on Trump and cooperate with the investigation, represents the latest fallout from the criminal tax charges unveiled July 1 against him and the Trump Organization.

The indictment outlined what prosecutors described as a 15-year scheme to pay Weisselberg and other employees through off-the-books perks and bonuses. That enabled Weisselberg to evade nearly $1 million in federal, state and local taxes, prosecutors said.

“To put it bluntly, this was a sweeping and audacious illegal-payments scheme,” Carey Dunne, general counsel for the Manhattan district attorney, Cyrus Vance Jr., said during an arraignment in New York Supreme Court in Manhattan on the day the charges were announced.

Trump, a Republican, has long denied wrongdoing and derided the investigation as a politically motivated “witch hunt.” Representatives for Vance, a Democrat, have denied any political motivations.

Trump has also sought to minimize the conduct at the heart of the indictment, brushing it off as run-of-the-mill fringe benefits. Trump’s lawyers have argued that the case should be resolved in civil, rather than criminal, court.

Yet Dunne said the behavior described in the indictment was not “standard practice in the business community” or the work of a rogue employee. “It was orchestrated by the most senior executives who were financially benefiting themselves and the company by getting secret pay raises at the expense of state and federal tax payers,” he said.

Dunne also took aim at the company for continuing to employ Weisselberg as the CFO, lamenting that “he remains to this day the most senior financial fiduciary in the company.”

It is unclear whether the Trump Organization will ultimately strip him of that title — or take another action to distance him from the company — and the company’s decision is fraught with questions of loyalty and legality. As the prosecutors continue to seek Weisselberg’s cooperation, any sign that the company might abandon him could drive a wedge between him and Trump and encourage him to assist the investigation.

The decision to remove his name from the subsidiaries served as an interim step and reflected the company’s recognition that it was untenable for Weisselberg to act as a director of a corporate entity while facing criminal charges.

In Florida alone, Weisselberg’s name was removed from the corporate filings of more than a dozen subsidiaries of the Trump Organization in paperwork filed Friday.

Among the subsidiaries were the Trump Payroll Corp., the entity that the indictment said misreported employees’ compensation at the Trump Organization, along with a number of entities related to the company’s real estate business in Florida.

Bloomberg and Business Insider reported last week that Weisselberg was no longer a director at the company’s Scottish golf club, the first in the wave of removals. The Wall Street Journal reported he had been removed from the payroll company Monday.

Weisselberg, who pleaded not guilty, has been accused of receiving close to $1.8 million in valuable bonuses and benefits — including an apartment, company cars and private-school tuition for his grandchildren — and of failing to pay taxes on those perks.

“He will fight these charges in court,” his lawyers, Mary Mulligan and Bryan Skarlatos, said in a statement after he was charged.

Mulligan declined to comment Monday about Weisselberg’s name being removed from the subsidiaries.

Tweets by @forbesindia
Photo of the day: Nature's fury
Turning men into gentlemen: How The Man Company is breaking masculinity stereotypes