The Global Plastic Action Partnership (GPAP) leverages the rallying power of the World Economic Forum to mobilise governments, businesses and citizens in the fight against plastic pollution 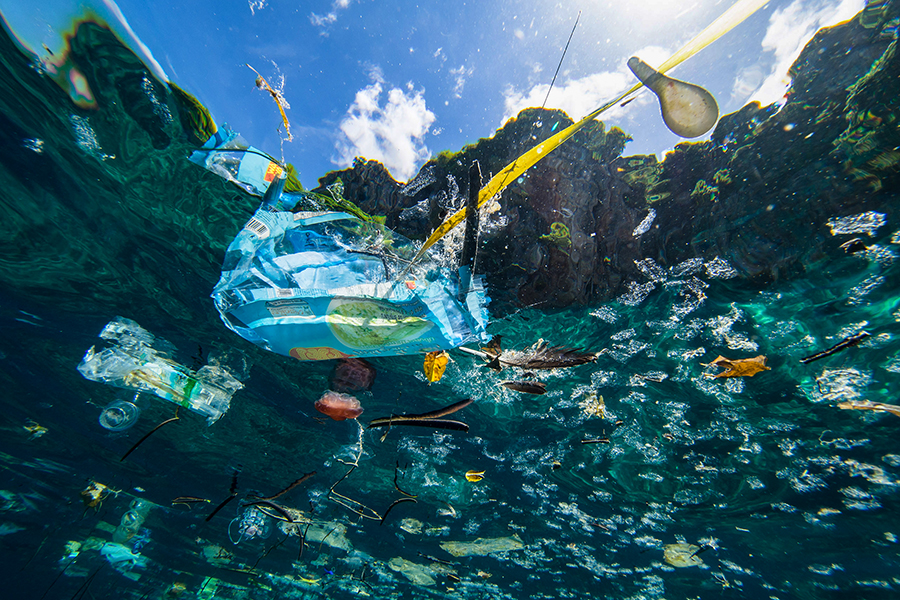 Plastic flows into the ocean are expected to triple by 2040—but immediate action could stem the tide by more than 80%," write authors of a World Economic Forum report.
Image: Magnus Larsson / Getty Image

In the words of the World Economic Forum, plastic pollution is everyone's business and the organization is urging countries around the world to take action by developing partnerships at the national level. Through this program, countries such as Indonesia, Ghana, Vietnam and Nigeria have raised funds or implemented action plans to reduce their plastic waste production.

"Plastic pollution was already a global emergency, and with the pandemic-induced explosion in packaged goods, as well as increased of use of single-use plastics through masks, gloves and other PPE, it has become a global disaster," outlines Kristin Hughes, GPAP director and member of the World Economic Forum Executive Committee.

According to GPAP's second annual report, this call to action is bearing fruit in some countries, including Ghana, Nigeria, Indonesia and Vietnam, which are among the first countries to join the program.

Vietnam, for example, which produces 3.7 million tons of plastic waste annually, has committed to reducing marine plastics by 75% by 2030. To achieve this, the country plans to collect 100% of abandoned, lost or discarded fishing gear by 2030, as well as introduce 100% eco-friendly plastic bags and packaging in its shopping centers and supermarkets.

Over in Africa, Ghana has committed to a 100% circular economy for plastics. The West African country has also equipped its capital city of Accra with 116 recycling points, up from just ten before its participation in NPAP.

Nigeria, which joined NPAP in January 2021, is also considering a comprehensive circular economy plan developed by the Federal Ministry of Environment and key partners, including the African Development Bank and the United Nations. With this partnership, Nigeria hopes to build a multi-stakeholder community to combat the plastic waste crisis.

Indonesia, meanwhile, has drawn up a roadmap designed to prevent 16 million tons of plastic from flowing into the oceans, create 150,000 jobs and generate $10 billion in annual revenue.

"The Forum's platform approach aligns various stakeholders from public and private organisations, works toward common objectives, and creates outcomes far greater than could be achieved by any nation or organization acting alone," notes Kristin Hughes.

"Plastic flows into the ocean are expected to triple by 2040—but immediate action could stem the tide by more than 80%," the report authors emphasize.