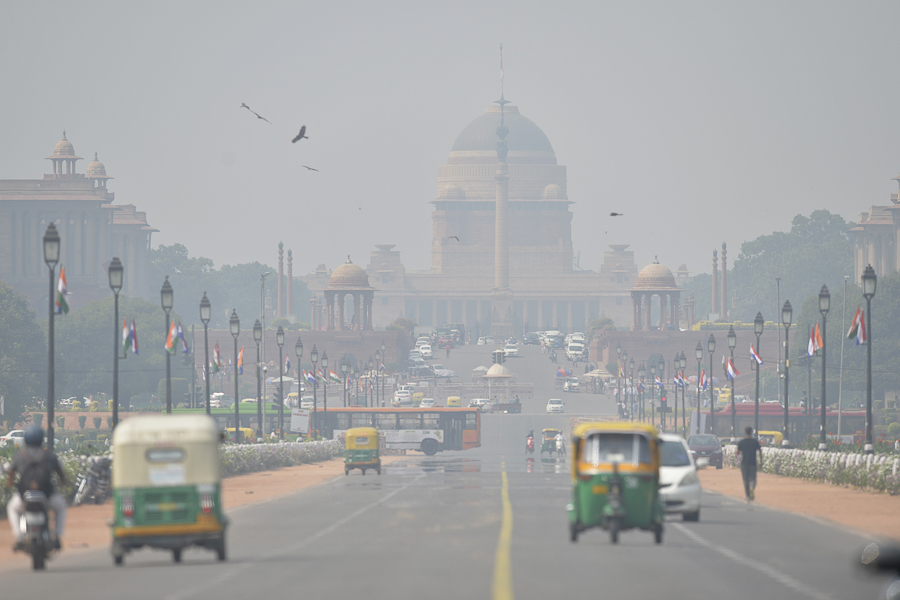 An annual survey by the Clean Air Fund, which looks into how much money is given to the fight against air pollution by donor governments and philanthropic organisations, found that air quality is low on the list of funding priorities.

"It just doesn't match the scale of the problem," she said.

Both the United Nations and the World Health Organization (WHO) cite air pollution as one of the world's most lethal environmental problems, responsible for millions of deaths.

The burning of fossil fuels is directly responsible for two-thirds of air pollution, with residents of low- and middle-income countries most exposed.

But the survey found official spending to prolong fossil fuel projects in 2019 and 2020 exceeded aid for clean air by more than a fifth.

It also found that countries in Asia received over 80 percent of development aid to fight air pollution between 2015 and 2020.

China was the largest recipient, receiving 45 percent of the funding as the government declared a "war against pollution" after air quality hit a dangerous low in 2013.

And it has reduced particulate pollution by nearly a third, according to the annual Air Quality Life Index (AQLI) published by the University of Chicago's Energy Policy Institute last week, which cited it as a "model of progress".

But Burston said more aid needs to be focused on places where a crisis might still be avoided.

The report pleads for grant spending on areas like data gathering in countries where research is underfunded, as well as awareness campaigns.

"A more equitable distribution... looks like funding going more to the countries that are rapidly urbanising," she said, "especially in Africa where air pollution is massively on the rise."

Right now, the report notes, only five percent of aid is being deployed across the continent.

Deaths from air pollution in Africa meanwhile have risen 31 percent in 10 years.

The UN blames air pollution for at least seven million deaths every year, and nine out of 10 people breathe air that WHO guidelines say is unhealthy.

The AQLI lists India as the most polluted country with a third of its population at risk of seeing its life expectancy drop by nine years.

It estimates that improving air quality worldwide to meet WHO guidelines would extend average lifespans by 2.2 years.

Tweets by @forbesindia
2 Things about managing through change (and 3 things others are asking)
From BMW i Vision CirCular to Audi grandsphere, futuristic, environment-friendly concept cars on show at IAA Mobility Munich