IAA Mobility show, which runs in Munich until September 12, 2021, is presenting some of the best concept cars from BMW, Audi, Volkswagen among others 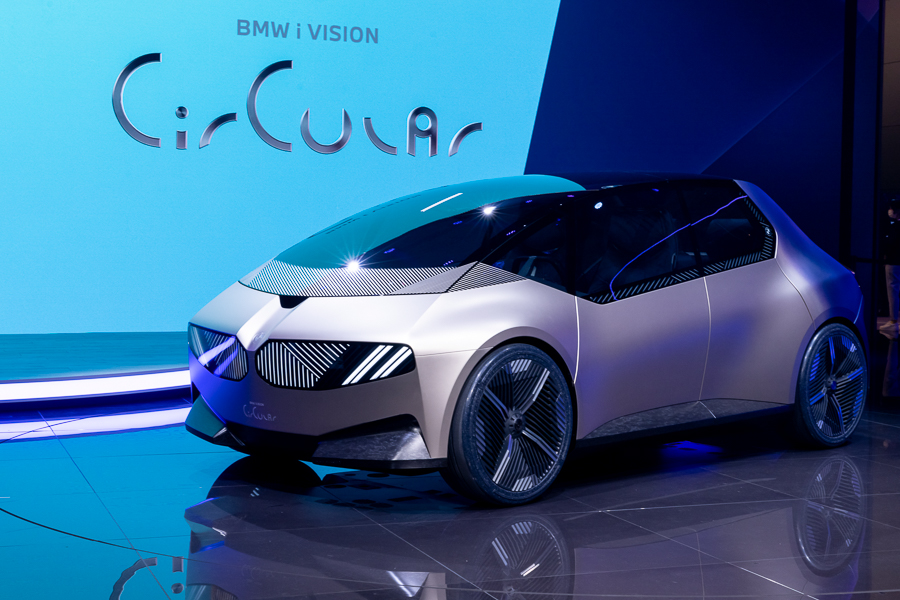 With the BMW i Vision Circular, the German carmaker reveals its vision of a luxurious, sustainable compact car for 2040
Image:  Jan Hetfleisch/Getty Images

The concept cars on display at the IAA Mobility in Munich until September 12, 2021 give drivers a glimpse into a near future where it's not just about driving, but also about well-being and relaxation in sustainable vehicles.

A car for the circular economy

With this new concept, BMW is looking farther into the future. With the BMW i Vision Circular, the German carmaker reveals its vision of a luxurious, sustainable compact car for 2040. This all-electric four-seater concept with a sleek design integrates principles of the circular economy at every level. The result is a car with no exterior paint, no leather and no chrome, composed mainly of parts that are 3D printed in recycled materials. The idea of this concept is to reduce CO2 emissions throughout a vehicle's entire life cycle.

Inside, the driver and front passenger move around in a transparent space under a glass roof, where screens are replaced by a head-up display on the windshield. Speakers under headrest cushions give each seat in the car its own sound zone, allowing each person to enjoy their own audio content.

The concept also features constant over-the-air updates (OTA), which should significantly extend its life cycle. BMW also opted for bi-directional charging, which means that the car can function, if necessary, as an energy storage device that can supply electricity to its surroundings.

A crossover that transforms into a movie theater

In the shorter term, Volkswagen plans to release an electric urban crossover. THE ID. Life is the founding concept of the project. Made primarily from natural and recycled materials, the ID. Life has a 172 kW (234 hp) electric motor and a high-voltage battery that gives it a range of about 400 km.

In the cabin, seats are designed to be flexible, with the two benches folding down completely. Indeed, the manufacturer also envisages this car as a small mobile cinema or even a video game space, thanks to a projection screen that can be deployed from the dashboard if necessary. In addition to a projector and a game console, other devices can also be connected.

Volkswagen plans to launch a production version of the ID. Life by 2025 with an entry price of only 20,000 euros.

Audi, meanwhile, has brought grandsphere, a Level 4 autonomous sedan concept, i.e., one that drives without any human assistance under certain conditions. In this case, the steering wheel and pedals retract to make room for a real lounging zone.

Depending on the driving mode, information is displayed across the entire width of the cabin or segmented for the driver and front passenger. In the case of autonomous driving, the projection surfaces can also be used as cinema screens for infotainment content or video conferences.

According to Audi, many of the technologies incorporated into the grandsphere concept could be rolled out to production models by the end of the decade.