The car that'll have your back 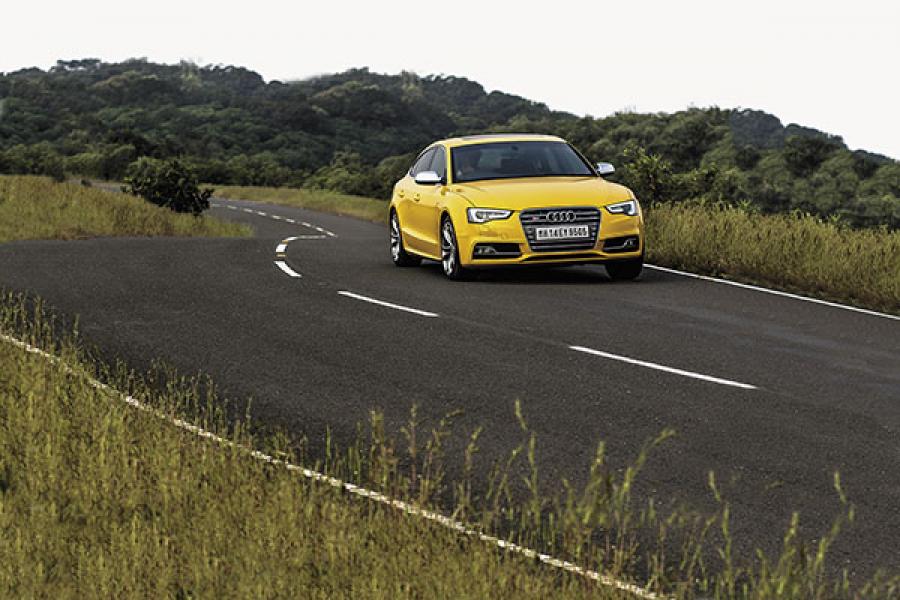 Choosing between a beautiful two-door coupe and a boring four-door sedan is an eternal battle between the head and the heart. Does it make sense to spend more than Rs 60 lakh on, what many might think, an impractical, inefficient alternative to the older diesel Mercedes-Benz C-Class parked in the garage?

That’s where the Audi S5 Sportback comes in. It’s not too large, has four seats, is comfortable and easy to drive, looks pretty darn good and, most importantly, has that sweet-sounding 3.0-litre V6 engine that doesn’t fail to entertain. The S5 Sportback’s supercharged 3.0-litre V6 puts out 440 Nm of torque, with Audi’s claims of 0-100 kmph time of 5.1 seconds.

Like all other Volkswagen dual-clutch transmissions, this slick 7-speed S tronic transmission is swift and precise. It also gets Audi’s Drive Select with four modes—Efficiency, Comfort, Dynamic and Individual. In Dynamic mode, the gear-shifts are served up faster, the throttle sensitivity increases and the exhaust opens up fully to give a sharp bellow that puts a smile on your face. For best results, switch to manual and use paddle-shifters. The car also gets larger discs that do a pretty good job of bringing it to a standstill from three-digit speeds.

The S5 Sportback, like all other Audis, is a very friendly car to drive—make a mistake and it’ll cover up for you without a hiccup, thanks to the Quattro system. The big let-down, though, are the 245-section Pirelli Cinturato tyres. Sure, these low rolling resistance tyres claim to help with the efficiency, but they squeal when pushed around the bends. To add to that, the car feels a little too light: At 1,820 kg, it isn’t, but over crests at high speeds, the car feels like it’s almost taking off. Over roads that have a lot of crests and corners, this can be a little unnerving. 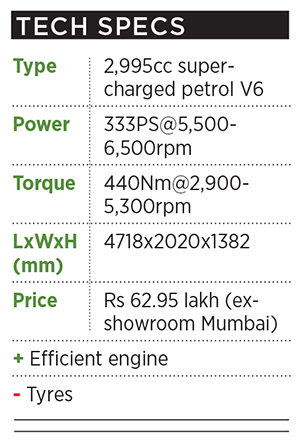 Audi has found the sweet spot between sporty and comfortable with the S5’s suspension. Although it doesn’t get the adjustable suspension of the more expensive Audis, it is stiff enough to handle the windy roads without too much roll, while being soft enough to allow a comfortable ride.

The S5 is a very good daily driver. It slips and slides its way through traffic. The electric power steering feels quite light, and especially in Comfort mode, the car feels almost as easy as a D-segment car.

The S5 Sportback gets a new platinum-finish front grille bearing the S5 badge while the rear gets a lip spoiler and quad-exhaust tips. The car also gets skirts all around, ‘V6T’ badges on the front fenders and platinum-finish outside rearview mirrors to help differentiate it from the regular A5 model. The only downside of the design is the lack of headroom.

My favourite part? The V6 soundtrack. The turbocharged five-cylinder Audi Quattro from the 1980s makes quite an iconic sound. In fact, it manages to make me smile every time I watch a video of the car tearing through a rally stage.

Tweets by @forbes_india
India's media and entertainment industry expected to grow at 14% CAGR by 2020
30 under 30: Asia's best and brightest