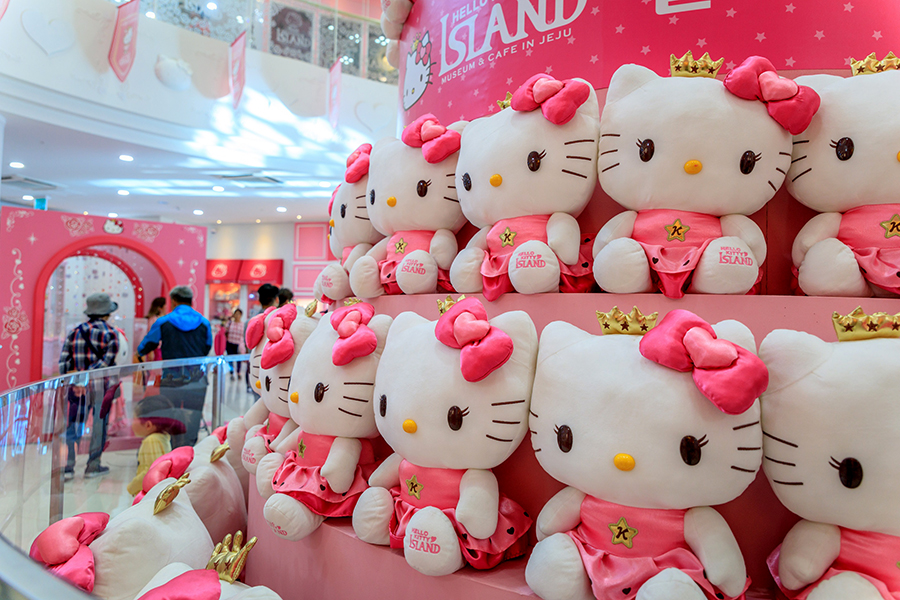 Hello Kitty is the second most valuable media franchise in the world, worth $84.5 billion
Image: Artyooran / Shutterstock

The famous Japanese kitten who was responsible for us learning the Japanese word "kawaii" for describing her, is set for a new digital path that should boost her revival. Keep your eyes peeled because Hello Kitty is getting ready to land in the metaverse and have her face on NFTs.

She's 48 years old. She sports a little red bow above her ear. And she is the most famous Japanese cat on the planet. Love her or hate her, everyone knows Hello Kitty. If you haven't heard or seen much about her lately (don't forget that the story is that she's actually a little girl born in the south of England), you should know that she's about to make a major comeback on our screens. In an interview with the Financial Times, the young chief executive of the company behind her, Sanrio, who took over from his grandfather in 2020, confides that he is working on partnerships with tech giants, as well as Amazon or Netflix.

The goal is to make the company's cute, ultra-popular kitten a star of the virtual world. CEO Tomokuni Tsuji intends to send Hello Kitty into the metaverse and create NFTs featuring her image. Sanrio already has some experience with this parallel world as last December the Japanese brand organized a virtual music festival in its Tokyo amusement park. The company is thinking big, with a plan to translate its growth goals into hours of time spent by fans with the brand's characters. By 2030, Tsuji hopes that fans will spend some 300 billion hours with Hello Kitty and her friends. While the goal seems extremely ambitious—especially in the eyes of Westerners for whom Hello Kitty will have to compete with Disney properties like Mickey, it is in fact not so unrealistic when one learns that its fans have already spent more than a billion hours exchanging virtual character stamps via the instant messaging application Line.

Just because Hello Kitty didn't figure on your little cousins' Christmas wishlist in some form over the last holidays, it doesn't mean that the Japanese kitten has disappeared from the radar. Hello Kitty remains an icon in the daily life of many Asian populations. According to figures published by Statista last November, she is the second most most valuable media franchise in the world, worth 84.5 billion dollars, just behind Pokémon (105 billion) and far ahead of Mickey (80.3 billion). In Tokyo, you need only raise your head to see the little kitten's face in some form on every street corner. And her popularity continues to be maintained through various projects. The latest one is an amusement park under construction in the Chinese province of Hainan. Hello Kitty will have her own hotel there, managed by the Hyatt Hotels & Resorts chain. On the occasion of the next universal Expo planned for 2025 in Osaka, Hello Kitty will figure as an ambassador of Japanese culture, according to the Japanese Ministry of Foreign Affairs in 2018. We definitely haven't seen the end of the "kawaii" cat.

Tweets by @forbesindia
Forbes India 30 Under 30: Meet the jury
India's Chettinad mansions are a testament to past glory