From the metaverse to NFTs to social media: What will tomorrow's media landscape look like? 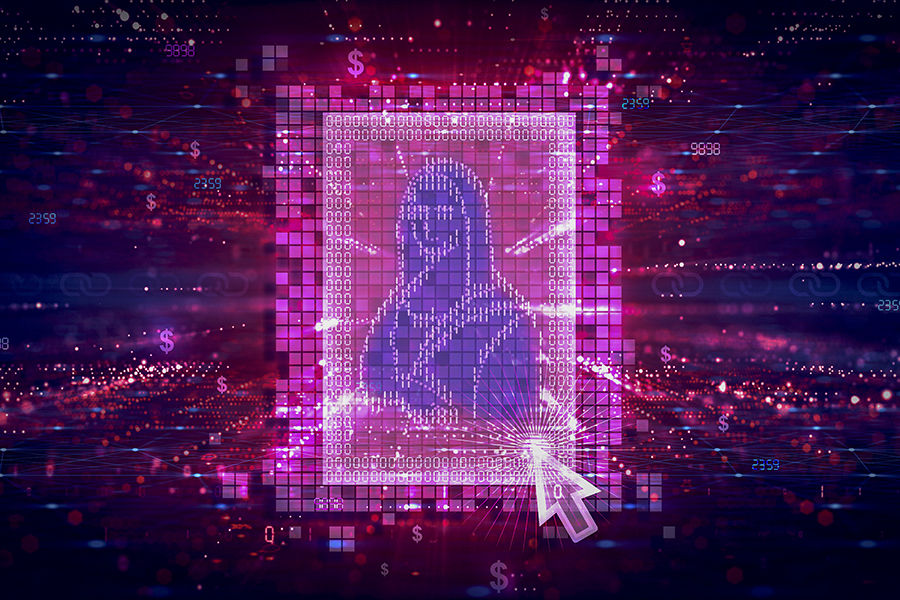 The luxury goods industry has been quick to position itself in this booming NFT market, as have certain media and communications agencies.
Image: Shutterstock

France's Stratégies magazine for communications industry professionals is celebrating its 50th anniversary with the publication of a special edition, available via the media's website. It sees 50 personalities from the communications and media industries outline the new worlds they see taking shape. Stratégies managing editor Gilles Wybo talks to ETX Daily Up about the latest major trends in the media landscape.

Q. Stratégies has been following the evolution of the media and advertising landscape for half a century. What do you think the 2020s will look like for these sectors?
Influencer marketing is a trend that has been growing steadily in recent years. Brands are now embodied by a single person. This phenomenon has gained momentum during periods of lockdown. We were led to spend a lot of time in front of our screens and therefore to be influenced by what we saw online.

The avatarization of our lives is probably the next step. We're seeing a rise in power of the virtual, which is not without raising many questions. For example, if we follow a virtual dog on social networks, we don't know exactly what values they embody. This problem has already been raised with the rise of animal influencers, who are followed by millions of internet users.

Then avatars are another step forward. These virtual characters are specially created to unite a community around them. We are only at the beginning of this trend, but it will undoubtedly be very successful.

Q. Apart from virtual avatars, NFTs and the metaverse are also becoming popular in the media. Do you think this is a lasting trend?
It's still hard to say, but there's no doubt that it's a real phenomenon. The luxury goods industry has been quick to position itself in this booming NFT market, as have certain media and communications agencies. The same is true for gaming, which is not surprising given that video games are the pioneers in this field.

However, it is social networks that are showing the most interest in these new technologies. We have seen this with Facebook, which announced its intention to rename itself Meta and to recruit 10,000 people in Europe to work on the metaverse. The technology giants see it as a real project for the future.

We still lack the hindsight to know if NFTs are just a gimmick that allows brands and media to pull off a "marketing stunt" or a much more profound change.

Q. What are the reasons for your reservations about NFTs?
They are due, in large part, to the lack of education around these digital tokens. There is a very technical side to this new technology, which hinders its adoption by the general public. I also wonder about the marketing impact of NFTs and the impression they leave on consumers. Do they create a real connection with a brand? I'm not convinced yet, and I find that we are almost tipping over into the event business with these digital objects.

Q. Another big trend in the media is audio. How do you explain this major comeback of sound in our media consumption habits?
It is a response to the feeling of visual saturation that many consumers feel. Although people are spending more and more time on social networks, they are not abandoning radio and podcasts. On the contrary. We listen to them more and more, when we are busy doing a household task or just to pass the time.

Podcasts, and audio in general, can also tap into a certain nostalgia for the stories we were read as children. It's a very vivid memory. These audio formats allow us to rekindle it. That's the power of audio.

Brands must use it intelligently to tell us stories that interest us and make us grow. They have to take a back seat: they can't put themselves at the forefront like they do in traditional commercials. They can perfectly well accompany podcasters in the creation of new programs, of which they guarantee the content. This attitude allows them to create a certain bond of trust with listeners.

Q. The coming year will see a new presidential election in France. What changes will this bring about in the media world?
I think we will pay special attention to social networks. And above all, to see if they do not interfere in any way with the outcome of the presidential election, as may have been the case in the past. The public authorities will be particularly vigilant to ensure that there is no interference or attempted hacking from abroad.

The question of preserving online democracy is also a key issue. Social networks play an increasingly important role in candidates' communications, and many creators no longer hesitate to propose content on politics. This is the case of Jean Massiet, a streamer who hosts live "questions to the government" on Twitch.

These are subjects that interest internet users, even the youngest among them. Those who started using social networks in their teens are now of voting age. They've grown up, so it's not surprising that they're looking at more serious content.

Tweets by @forbesindia
Iraqi museum restores treasures destroyed by Islamic State jihadists
Best of 2021 Ep. 3: Mike Cannon-Brookes on the workplace after the pandemic and growth at Atlassian India