Experts however, believe there have almost certainly been far more infections than that among the global population of 7.9 billion, with many going undetected or unreported 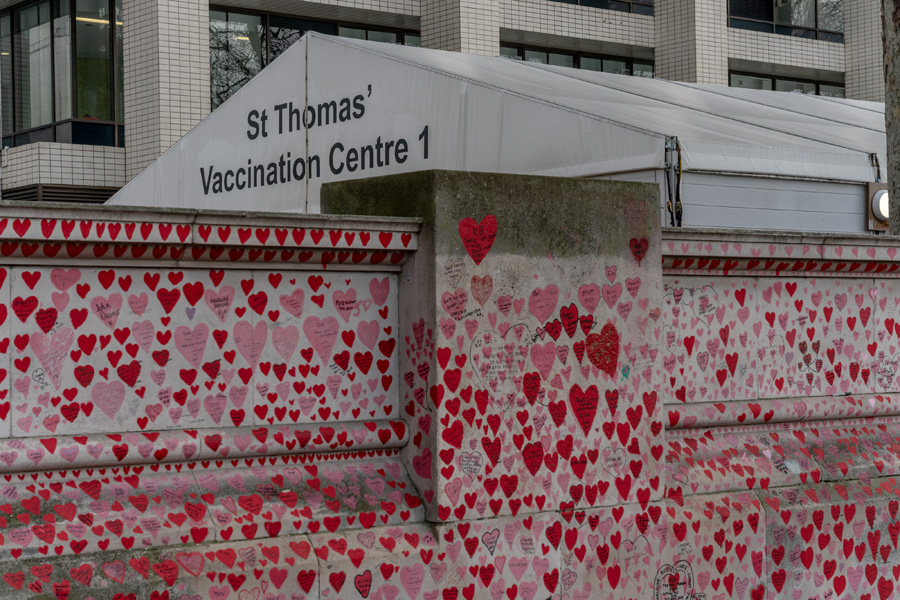 The National Covid Memorial Wall, near a vaccination site at St Thomas’ Hospital in London on Dec. 13, 2021. There have almost certainly been far more infections than that among the global population of 7.9 billion, with many going undetected or unreported, and the reporting gap may only grow wider as some countries, including the United States, scale back official testing. (Andrew Testa/The New York Times)

The coronavirus is continuing to stalk the world at an astonishing clip, racing past a grim succession of pandemic milestones in 2022: totals of 300 million known cases around the world by early January, 400 million by early February and, as of Tuesday, half a billion.

There have almost certainly been far more infections than that among the global population of 7.9 billion, with many going undetected or unreported, and the reporting gap may only grow wider as some countries, including the United States, scale back official testing.

“That’s dangerous,” Ali Mokdad, a public health researcher at the University of Washington, and formerly of the Centers for Disease Control and Prevention, said in a recent interview. “If you don’t test, then you don’t know what variants you have.”

Regional officials with the World Health Organization recently urged African countries to ramp up testing and contact tracing, and called for some countries in the Americas to double down on efforts to increase vaccination and testing as cases remained higher in Europe. (Britain, for instance, has ended free testing.) A WHO analysis also recently estimated that 65% of Africans had been infected with the coronavirus as of September 2021, nearly 100 times the number of confirmed cases on the continent.

The number of new cases reported around the globe each day has been declining for some time now; the average over the past week has been about 1.1 million cases a day, according to the Center for Systems Science and Engineering at Johns Hopkins University. That’s about 32% fewer than two weeks ago.

But over the course of the pandemic, countries with limited public health resources may have detected and confirmed only a tiny fraction of the cases in their populations. And more recent figures may miss many at-home rapid test results that are never officially reported. Many people with infections are never tested at all, because they have no symptoms, or lack access to testing, or want to avoid the consequences of a positive test result, or choose not to for other reasons.

Coronavirus deaths have also been declining. The world reported about 3,800 a day on average over the past week, 23% fewer than two weeks ago.

Still, the director-general of the WHO, Dr. Tedros Adhanom Ghebreyesus, recently said that the world remains in the acute phase of the pandemic, and many health experts agree.

Experts’ warnings have not stopped many nations from dropping their pandemic precautions almost completely in the two months since the global case count surpassed 400 million. In the United States, the Centers for Disease Control and Prevention issued new guidelines in late February suggesting that most Americans could stop wearing masks and no longer needed to maintain social distance or avoid crowded indoor spaces.

“What’s happening globally and in the U.S.,” Mokdad said, “is that people basically gave up. They just want to go back to normal life.”

That desire is threatened by the swift spread of the omicron subvariant known as BA.2, the most transmissible version of the virus yet identified. BA.2 now accounts for the vast majority of new cases in the United States and around the world; it has spread even faster than BA.1, which helped fuel surges over the winter.

The peak of the most recent surge may have passed in some parts of Europe, but Hong Kong is still trying to escape an outbreak that began in January, and Shanghai residents are under lockdown and reporting food shortages.

“The focus on new cases is warranted,” Crystal Watson, a senior scholar at the Johns Hopkins Center for Health Security, said in a recent interview. “What we’re seeing in China is a very extreme surge in cases, because they have not had a lot of exposure there, and the vaccine is less effective there.”

More than 5.1 billion people — about 66.4% of the world population — have received at least one dose of a coronavirus vaccine, according to the Our World in Data project at the University of Oxford. More than 1.7 billion booster shots or additional doses have been administered globally. But coverage varies starkly among regions. Africa’s rates are the lowest of any continent, with about 20% of people having received at least one dose.

Tweets by @forbesindia
Photo Of The Day: Baisakhi celebration
Teens aren't yet showing much interest in metaverse: Study