The pensioners in Austria began brewing their "Grandma and Grandpa" beer two years ago, and it went down so well they have now expanded into a light lager called "Hellmut and Hellga", a pun on the German word for light beer, "helles" 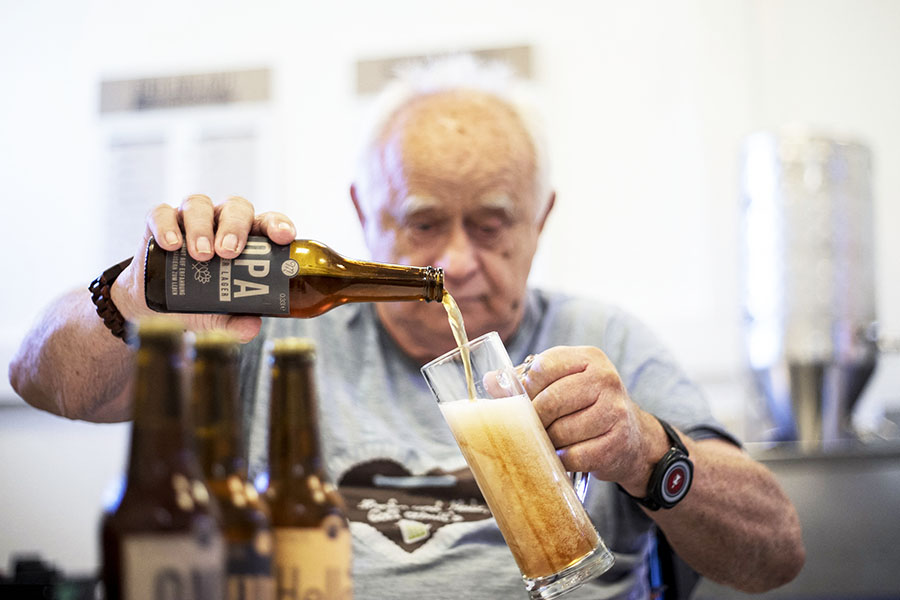 A group of octogenarian Austrians are celebrating after their hipster beers have become the toast of Vienna's old folks' homes.

The pensioners began with brewing their "Grandma and Grandpa" beer two years ago, and it went down so well they have now expanded into a light lager called "Hellmut and Hellga", a pun on the German word for light beer, "helles".

Every Thursday morning, a group of about eight men and women gather in their Viennese retirement home to brew 150 bottles, but the beers have been so successful they are having trouble keeping up with demand.

"We meet up, talk about it (the beer), make jokes about it, and this way another day goes by—a nice day," 87-year-old Rupert Jaksch told AFP.

"I like it very much because it is slightly sweet."

"I like to keep busy, it doesn't matter with what," said 88-year-old Ingeborg Zeller as she put on the labels.

Although none of the pensioners have ever done any brewing before, the beers have been a hit, selling out in the cafeterias of 30 retirement homes across the Austrian capital.

Care workers at the Atzgersdorf home on the outskirts of Vienna help the residents with the brewing.

The beers are based on a Viennese recipe from 1841 and use only Austrian ingredients, said Christoph Gruber, who runs the project for the home's owners, Kuratorium Wiener Pensionisten-Wohnhaeuser (KWP).

Ironically, the beer project was set up to help residents maintain their motor skills and keep them fit mentally.

And the residents and the fans of their beers can drink to that...