The cofounder of Stranger & Sons believes India has been left out of the gin boom seen in Europe despite all the raw materials and unique botanicals available here. He's now changing that 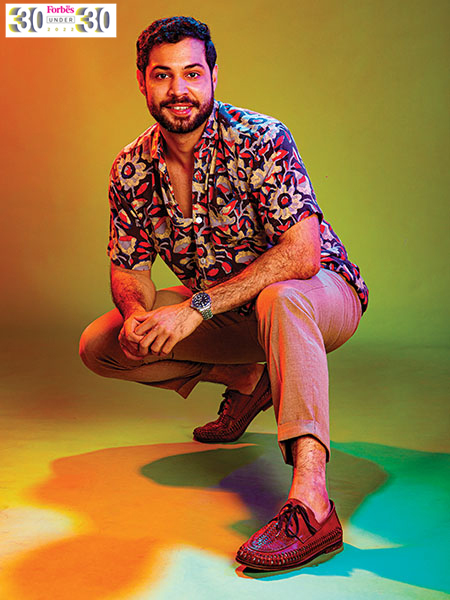 After pursuing a master’s in economics and management from the University of St Andrew’s in Scotland, Vidur Gupta, 29, worked with a London-based FMCG company that exports to 40 countries. That stint helped him get exposure with export and import. On his return to India, he helped his mother scale her health food business single-handedly from a home kitchen to one that is now available pan-India. With this experience, he learnt the ropes of distribution—modern and general trade, kirana store distribution—and got a good understanding of the food and drinks market.

It was during this time, in 2018, that Gupta, along with his second cousin, Sakshi Saigal, 33, and her husband Rahul Mehra, 36, founded the Third Eye distillery.

The cocktail enthusiasts were thinking that despite India being the second largest market for alcohol and having all the raw material, why was it an average quality producer and not up to speed with gin, when the whole European market was seeing a boom in this segment. So, they launched Stranger & Sons, a domestic and quality gin in India, from India.

The trio set up the distillery in Goa for its spice farms. Gupta says the spices—mace, liquorice, black pepper, cassia bark and nutmeg that perfume the gin—are bought from the farms around the set-up.

Their reason to also start with gin was because while Saigal was studying for an MBA in Barcelona, she had seen the market explode, and Gupta’s stay in the UK had him obsessing about the spirit. They enjoyed drinking it, but also thought that it was a lesser-explored market in India. Along with the spices that are sourced locally, they were also particular about using Indian botanicals. They use Indian bergamot, Indian lime or nimbu, Nagpur oranges and gondhoraj (a fragrant lemon variety from Bengal) in the citrus peel mix.

“People had their doubts in the beginning about whether this would be a breakthrough product because they doubt everything that is India-made. We wanted to bring about a change in people’s thinking that made-in-India can be the best too,” says Gupta. “When people see our product and the packaging, they say this cannot be from India and that really annoys us.”

In 2020, Stranger & Sons became the first Indian gin to be awarded a gold medal at the International Wine & Spirit Competition—one of the only eight gins in the world to receive this accolade out of 800 brands that entered the competition. It has also won several other medals at various spirit competitions worldwide.

“Vidur has always been a trailblazer… with what he did with his mother’s business and Stranger & Sons in very little time, it was visible what he was capable of. He has always demonstrated strong integrity, communication skills and the ability to get things done. He, along with his teammates, have made this the world’s best gin brand,” says Niren Shah, managing director of Norwest Venture Partners, who has invested in his personal capacity.

Tweets by @forbesindia
What do Singham, Simmba and new-age CFOs have in common?
Vindhya C on demystifying product management and how to go from MVP to 'minimum loveable product'